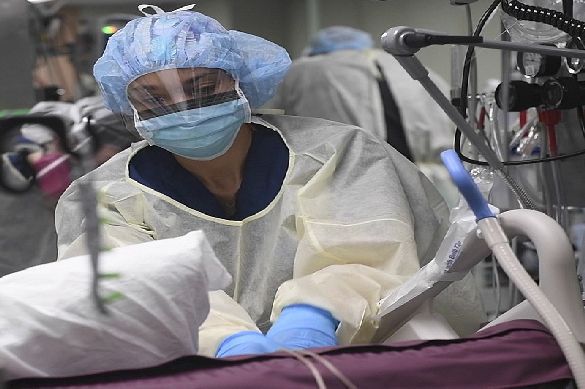 A brief but necessary introduction: Franco Marino is an Italian blogger who writes on the blog "il Detonatore" [1] together with two of his friends (Matteo Fais and Davide Cavaliere). These three are not the source of absolute truth, of course, no one has this role in the world and it would be wrong to think of them in such way. They are, however, among the few voices that at this moment raise both doubts about how the government in office is managing the coronavirus epidemic and criticisms about the atavistic opportunism of the Italian people. A people that from time immemorial delegates a large part of its existence to whatever power is in office. Until it is too late, the damage is huge and the only satisfaction on the horizon is hanging the dictator by the feet, after killed him, or throwing coins at the corrupt politician, ended up in the stocks from the initial Olympus of power he had enjoyed until shortly before his disastrous fall.

Marino, Fais and Cavaliere are therefore woodworms that gnaw at the poisonous tranquility of apathy and "consent". What they write is worth reading carefully, even if you don't approve of it, even if you don't fully share their ideas.

Below are the translations of two recent articles by Franco Marino on the Italian situation of these COVIDian days.

The regime is served

Regime hierarchs at all hours on the news to terrorize Italians, to criminalize every different opinion.

Journalists kneeling in front of sheriffs with erect egos, for those who had the guts to listen to Fazio's interview with De Luca [2].

The masks as a fascist card and a people of conformists who, it is understood, when the regime will fall, will say that they has always been against this regime.

You believed that the real regime was fascist, with black shirts.

Instead, now you have the one in Conte's [3] suit and tie.

Only the racial laws are missing. Indeed no, they are already there.

Since last year, I corresponded via email with a seventy-year-old Italian-Argentine lady who lived through the tragic experience of the Videla regime. We met when, on the page [the blog named "Il Detonatore"], I talked about the court case of Mr. Logli, convicted for the murder of his wife, Roberta Ragusa, and I tried to show the risks involved in convicting a person for murder without the victim's body ever being found.

Mind you, it is really difficult to think that Mrs. Ragusa has moved away spontaneously and that Logli [the husband] is not guilty. Nevertheless, the difference between a police State and a rule of law is that in the latter, someone is only condemned when the evidence stifles any reasonable doubt. And this is certainly not the case with Logli.

That case constitutes a very dangerous precedent and in recent years crime journalism, through a thousand cases of alleged culprits slammed like monsters on the front page, has worked to create some truths that are not at all true. That an unfaithful man can automatically be a murderer, up to the classic child pornography files that magically emerge in the victim's PC (and no one wonders if someone has put them there on purpose to exacerbate an otherwise weak evidence framework) and many other amenities, up to the inevitable "icy stare" of the potential killer.

When this attitude takes hold, it is very easy to build the classic narrative of the unfaithful man, of the wife who discovers everything and make the latter disappear, perhaps because the alleged murderer, even without knowing it, is uncomfortable for someone who is a very high-end person and has an interest in getting rid of him. It will not be the case of Logli or Parolisi but once the precedent is made, it will be the case of someone else.

When I expressed these doubts, the lady, in complimenting me, explained that Videla's rise was preceded by the clamour of some crime news. Moreover, in recent years, we have often exchanged views on the evolution of the Italian situation.

Faced with my question: "What is the difference, in your opinion, between the Argentine regime and the Italian one established by Conte?"

Her answer [was]: "No difference except in the fact that of Conte could as much be the official regime that will be established (and that in that case it will surely have external protectors as Videla had them) as much as being the midwife of the future regime. That it is absurd to compare the two regimes, counting on the atrocities of the Videla regime, can only be sustained by those who have not lived through it. We the disgust of the desaparecidos, we only learned about it when Videla left. This means that in Italy you could very well already be in a similar situation or arrive soon in it. For sure, the beginnings were identical. In Argentina there was political chaos, there were those who blew on grudges between opposing political alignments and the result was to divide the country in two, so that when the reprisals began, no one reported the sudden disappearance in the dark of the neighbour or of the relative, because so much he didn't give a damn, he was a political enemy. I see the same things arriving here in Italy".

Dedicated to those who believe that everything that happens in Italy is normal.