I'm sure you have seen it all over the news that over the past weeks, Nigerians have been on the streets in various states of Nigeria demanding for an end to SARS, a notorious rogue unit of the Nigerian police known for atrocities including, kidnappings, extortions, harrasment and extrajudicial murders.

And they mostly target young people who are either wearing dreadlocks, tattoos, or designer outfits and also those using iphones or laptops ...

The protest which started as simple call for the disbandment of the rogue unit on twitter with the hashtag #EndSARS, later got upgraded to a full overhaul of the Nigerian security architecture as the government continued to ignore the massive protests that swept through so many states in Nigeria. Today the protest has gained an international spotlight as more Nigerians in the diaspora have joined in the protest in various countries around the world notably UK, US and South Africa...including international media and reknown personalities and media icons around the world, media and tech giant, google recently joined the call in support of #EndSARS.

Things got out of hands yesterday the 20th of October 2020 when the Nigerian army opened fire on the peaceful protesters who refused to disperse while sitting on the floor and held the Nigerian flag which is an international convention that you don't shoot at people waving a national flag of your country.

It was a hell of a bloody night as over 20 young Nigerians were killed yesterday alone , not adding the numbers that has been killed over the weeks the protest has lasted in various states of the federation and thousands are already languishing in police cells.

Though the government responded by disbanding SARS which stands for (special anti-robbery squad) but Nigerians having lost confidence in their leadership weren't convinced about this move and so they kept the protest.

And another factor that has amplified the anger of the people was the sordid situation of the Nigerian state which has left millions of Nigerians without a job, education, hope and a future.

In the midst of the covid19 pandemic ravaging the world, when the world was busy ameliorating the plights of the people with various plaiative measures, the Nigerian government has increased the petroleum pump price 3 times within the last 7 months.

Electricity saw a 200% increment in a country where over 60% of its population lives on less than $1 per day.

The protesters also listed key points they want the federal government to address which include switching from a bicameral paliarment to a unicameral one, presently the Nigerian parliament consists of the house of representatives and the senate which have become  a heavy burden on the fledgling Nigerian economy.

There are many other demands which include a 30% upward review of the salaries and emoluments of the Nigerian police with special emphasis on their welfare and provisions which is a key ingredient of an effective police force. 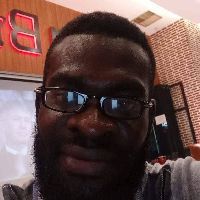