The reasons of NAY

The elections of 20 and 21 September here in Italy are the first serious electoral test for the second government of Prime Minister Giuseppe Conte. Although the government has declared itself as neutral regarding the result of the polls, it is all too clear that if the result were positive for the current government majority, then the government would be strengthened because the result itself would mean that Italians are happy with how the government has treated them for a year now, including quarantine. 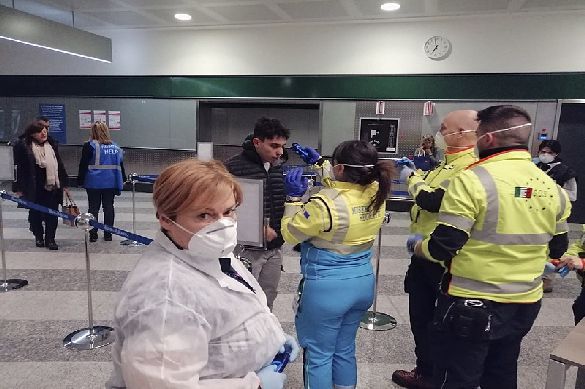 Otherwise, the discontent of a certain number of senators and deputies could seriously complicate the life and future choices of the government because the data would speak of a population that is tired of the current politics and deeply concerned about the future. Not surprisingly, no one in the government has so far spoken clearly about the next budget law and the choices that the usual europe (deliberately written with no capital letter) would impose on us to access our poor share of post-pandemic funding. A loan of our money, already paid in advance and which will not be enough to revive the country.

The elections of 20 and 21 September are regional, in only 7 Italian regions but could result in a sensational and unexpected confirmation for the current government or in a highly hoped-for débâcle without any possibility of salvation.

In those two days the new constitutional referendum will also be voted, which would like to limit the number of parliamentarians: the deputies would drop to 400 from the current 630 and the senators to 200 from the 315 they currently are.

Those in favour of the YAY speak of a "streamlining" of democracy, reducing the number of electoral districts and increasing the number of voters per districts. Savings for the State budget are also welcome, which is sold as yet another great success.

Those in favour of the NAY (including myself) complain above all the risk of a loss of democracy, of a debasement of the role of the parliamentarian as a representative of the people and of the sad finding that the annual savings for Italians would still be laughable compared to other apparently untouchable outcomes. The game would therefore not be worth the candle.

Professor Augusto Sinagra, whom readers will remember as I have already interviewed him several times about the facts and misdeeds of Italian politics, once more agreed to answer a few questions. Favourable to NAY, Sinagra must be read carefully so that no one can say that he had not been warned of the coming catastrophe.

1) Could you explain the aims of the constitutional reform on which we are called to decide the next 20 and 21 September?

R) The one for which we will vote the next 20 and 21 September is not a constitutional reform. It is a disgrace to democracy and the will of the people. The aim can only be "populist" in the worst sense of the term. It speaks to people's bellies and it almost looks like a circus show. It relies on the understandable desire of the people to strike at an indecent and corrupt political class. The aim is to "give breath" to the 5Stars now doomed to extinction. We cannot speak of constitutional reform with only the linear and numerical cut of the parliamentarians, without a reconsideration of the constitutional system and balances, without in particular a convincing reform of the electoral law.

2) How is it different from what Italians have already rejected with the 2016 referendum?

3) Is this reform proposed and defended only by the Left which for years has, for example, told us about the delights of the cuts in public health (up to the current situation) or are we facing a bipartisan pact?

A) In reality, this constitutional reform is not supported by the left, meaning by "left" the Italian Democratic Party [2] which is actually the most reactionary political party and the most hostile to the working class that has ever existed since the unity of Italy. The DP supports (but only formally) this indecent proposal of constitutional reform with the only purpose of pleasing, at the expense of democracy and workers, its ally of government, the 5Stars, to keep the current government standing, which is hardly defined as legitimate and decent.

4) Why will you vote NAY and why should the Italians do it too?

A) The reason why I will vote NAY and why all Italians who are still self-thinking should vote NAY can be deduced from my previous answers.

[1] Prof. Sinagra refers to Beppe Grillo, from Genoa, one of the main founders of the 5Stars Movement and famous Italian comic comedian