The expansionist impulses and military escalation in South America

The expansionist impulses and military escalation in South America 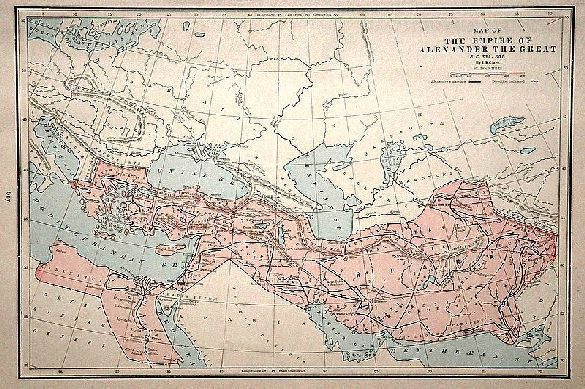 In 1870, when it was devastated by the war against Prussia, the France of the deposed Emperor Napoleon III would fall into a fratricidal internal division that would take many years to heal.

The painful peace imposed by Bismarck would mark French society in that beginning of the Third Republic, where a country immersed in chaos sought a way out for its own survival.

One of the most shocking scenes of the fall of arm between Republic powers in Brazil was exposed in the first week of August, when Piauí magazine revealed that in a closed meeting with ministers - mostly men in uniform - President Bolsonaro had threatened to intervene militarily in the Supreme Court to, astonishingly, oust his judges.

After a deafening silence from both the Supreme Court and the presidencies of the House of Representatives and the Senate of the Republic, Brazil seems to be getting used to the systemic chaos resulting from the accumulation of crises that have dragged the country and its institutions into the abyss since the Color Revolution of June 2013.

More recently, the apparent gentleman's agreement staged after the threat of resignation of the minister of economy would give the illusory impression that the incendiary president had finally been domesticated.

It wasn't long before TV Record - belonging to a billionaire pastor, owner of the evangelical Igreja Universal -, one of the main media supporters of the Bolsonaro government, published in its main TV news an accusation by the dole maker Dario Messer that he was delivering packages of money to the members of the powerful Marinho family, owner of Rede Globo.

One of the supporters of the military regime that took root in the 1964 coup, Rede Globo, the biggest beneficiary of the old regime and more recently, the media arm of the hybrid war and lawfare processes responsible for the overthrow of the Workers' Party and the arrest of former President Luís Inácio Lula da Silva, is today one of the biggest targets of the extreme-right government that has settled in the Planalto Palace.

Something apparently untouchable in recent decades - the intimidating power of Rede Globo hovering over institutions - seems to be breaking down, and with the arrival of the pandemic, internal divisions within the oligarchies are increasingly visible.

The fight within the Federal Prosecutor's Office - an operational tentacle of the U.S. Department of Justice (DoJ) since 2014 - is an explicit example of the internal war that broke out during Jair Bolsonaro's administration.

In broader terms, we could interpret this internal war as a reflection of post-Pandemic systemic chaos.

Just as in the Third French Republic, which had been born from the defeat of a war, today's Brazil, which buries the already old New Republic, has perhaps never been so divided and conflagrated. And just like that France that was entering the then new 19th century, Brazil in this early 21st century has never been in such a vulnerable position.

Following this reasoning, the recent agreement with the most traditional and corrupt oligarchic elites in the National Congress, and the consequent domestication of Bolsonaro, in the long run, would not be sustained by the fact that Brazil and South America today are one of the main battlefields for the global hegemonic dispute between the US and the Eurasian project.

In the wake of the radical changes in the world system that have accelerated with the pandemic, our internal systemic chaos - despite the apparent oligarchic appeasement - will still deepen. And a lot.

The logic of permanent competition in the interstate system was already visible, and has been endorsed by the United States, when it is abandoning its place as the holder of "western ethical values" for good.

On December 18, 2017 - and it is always necessary to remember - when announcing its new national defense strategy, the United States abdicated the benevolent leadership built alongside the institutions of the post-war Liberal Order and launched the "new normal" of the world system, that is, competition is now open and permanent, and the will of the hegemon will be imposed by force. And if necessary through war.

Aggressive posture of the USA

This kind of nationalistic prophylaxis that led Americans to a more aggressive posture in their performance in the world system is explained by the increase and audacity of the competitors who year after year began to question more and more the unipolar paradise that the Americans conquered with the end of the cold war.

And curiously, this permanent competition, which we could also call infinite war, became stronger with the arrival of the new coronavirus pandemic.

According to the analyst of the renowned Russian Think Tank Valdai Club, Dmitry Suslov, the pressure of internal problems on the governments of the United States and China will only increase in the coming years, something that will make their foreign policies even more impulsive.

In other words, the expansionist impulses that had already been afflicted before the crisis, with the pandemic, accelerated; and much because of the internal tensions caused by the social losses resulting from it.

The dramatic case of Brazil

In this sense, the specific case of Brazil is dramatic.

According to economic journalist José Paulo Kpufer , the new Treasury Secretary of the Bolsonario government is already signaling a post-crisis deepening of fiscal austerity, and consequently "unacceptable social losses.

Even so, and strangely, despite all the fiscal tightening proposed for the post-pandemic, the Ministry of Defense announced the expansion of the budget for 2021 from R$6.7 billion to R$9.2 billion, an increase of 37%.

Considering that military escalation accelerated sharply around the world during the pandemic, and not just among the major powers, let us not delude ourselves: the eagerness of our armed forces to turbocharger the defense budget is not far off the curve in this trend.

What makes it all the more worrying in this regard is the disclosure of the new National Defense Plan presented by the Brazilian government.

One passage of the plan suggests that "possible repercussions" of crises in neighboring countries would justify a more robust budget for "projects considered a priority for the military, such as the acquisition of fighter planes, rocket launchers and nuclear-powered submarines.

Reverberating this, according to Agência Estado, "the plan highlights the possibility of tensions and crises on the continent, which may lead Brazil to mobilize efforts to guarantee national interests in the Amazon or even help solve regional problems. South America is no longer considered a conflict-free area".

Even considering that the South American Amazon is a new hub of the dispute among the great powers for natural resources, it is worrying that our military generates unnecessary distrust and compromises Brazil's long diplomatic tradition of good relations with its border neighbors.

Not only in Venezuela, but even in Argentina, the alarm has already sounded.

In an interview with an Argentine radio station on August 20, influential Peronist politician Guillermo Moreno pointed to the great disparity between Brazil's and Argentina's defense budgets.

Moreno emphasizes with great concern Brazil's submission to the defense strategy of the United States and the unbelievable historical moment in which Brazil and Argentina, the two natural allies in the region, find themselves diplomatically separated.

However, what causes more astonishment to the Peronist - and certainly to all of us - is the possible loan of 90 billion dollars by the U.S. government so that the Brazilian "industrial-military complex" can modernize.

The US war machine

If we take into account that the U.S. war machine has long since been without a new war to call its own (paradoxically, despite warmongering rhetoric, no new conflict has been initiated in the Trump administration), it is not at all unlikely that in 2021 Venezuela will be the target.

The sudden concern of the Brazilian military to anabolize the war budget leads us to sense the worst-case scenario.

There are countless hotbeds of tension around the globe, starting with the biggest of all: the dispute between the United States and China in the Indo-Pacific region, which, like a hurricane eye, ended up widening and reverberating to other regions like the Eastern Mediterranean, the border between Poland and Belarus and, unfortunately, South America.

As the experienced and wise professor at the Federal University of Rio de Janeiro, José Luis Fiori, recently recalled: a former U.S. ally named Saddam Hussein, a day celebrated as a great democrat, was conveniently used by Americans in the war against Iran in 1980. It didn't take many years for the same old democrat to become a dictator, and thus discarded, and his country destroyed.

Let the alert remain for the Brazilian military.

Fabio Reis Vianna, lives in Rio de Janeiro, is a bachelor of laws (LL.B), MA student in International Relations at the University of Évora (Portugal), writer and geopolitical analyst. He currently maintains a column on international politics at the centennial Brazilian newspaper Monitor Mercantil.