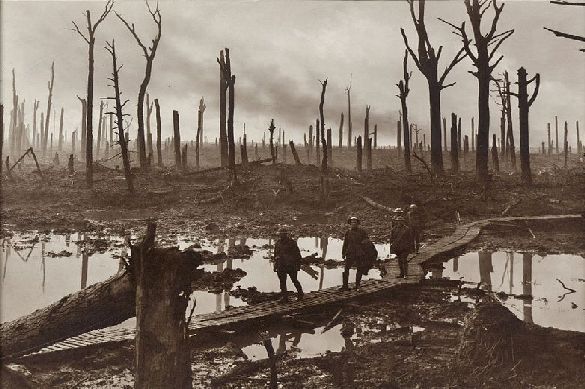 "Taming the Russian Bear", an expression which smacks of insolence, arrogance, intrusion, dominance, imperialism and sh*theadedness....

The following phrase has been attributed to Goebbels, with or without any veracity, yet the phrase remains: Repeat a lie often enough and people will believe it is the truth. So in the United Kingdom, after Covid has bored everyone shitless, and as the Silly Season approaches, with stories of monsters in lakes, ghosts in pools and giant fish in ponds, the British Media today brings us another Russiagate story. What again? Yes, a Parliamentary committee classifies Russia as dangerous to the UK and says the Government has not understood the dire threat which Moscow poses.

What threat? If Russia wanted, it could carpet-nuke the UK in three seconds. But it doesn't want to. Russians admire the Brits in a quaint sort of way. Russians name their dogs with English names, like Thomas, Peter, John, Lady, Jennifer, Judy, Alice. Lizzy. Not out of disrespect but because Russians think having tea at Harrods is kind of cute (even though the waiter might be a Russian who understands little English), they like leafy Surrey, they think cricket is cool (although who else but the English understand it?), they like cream teas and lazy afternoons spent in a pub garden where the natives are holding a burping contest, punctuated with swear words...the "ladies" that is.

They don't mind that the local railway station looks like a herd of pigs trundled through after a dodgy curry, they don't mind that the railway carriage is bedecked with graffiti, they don't mind finding themselves ankle-deep in waste paper or seeing something scrawled on the side of the carriage, apparently in excrement, bearing the message "Sarah shits". By the stench emanating from underneath the paper, plastic bags, plastic coffee cups, the fish and chips packages and sausage wrappers, it appears that Sarah did. But these days everyone is wearing face masks as they tap away on their mobile phones, chortling as they shoot bubbles or rediscover Space Invaders. They aren't worried that the Russian tourist sitting next to them taking notes wearing a black hat, a false moustache and sunglasses is in fact a.....(gasp!).... Russian spy!!

For the Russians the UK is cute

And the Russian tourist doesn't mind. He has the Metro in Moscow to go back to, squeaky clean, crystalline and even with crystal chandeliers and paintings on the station ceilings and walls. No sign of Sarah. The Russians enjoy the quaintness of the UK and try to find in its nooks and crannies the eccentricities mentioned in the pages of English literature, turning a blind eye to the tattooed, skin-headed, vest-clad yob belching obscenities from a passing van with its door wide open.

They do not consider the UK a threat. Why should they? After all the last time Britain invaded Russia was a century ago, after London decided to stab its WWI ally in the back by supporting anti-Bolshevik forces during the Russian Civil War. More recently, Russia and the UK fought side by side to defeat Hitler's experiment in xenophobia, racism and murder, the Soviet Union giving up 26 million souls in doing so, but that seems to have been forgotten in London today. To be frank, the UK is not that high on the list of most important nations for Moscow. I mean, it isn't that big, is it? The entire United Kingdom would fit easily into the Far-Eastern Peninsula of Kamchatka with plenty of room left over.

For the Brits, Russia is an ogre

But for the United Kingdom, there seems to be an endemic obsession with Russia and how "dangerous" it is. If you want to control a guy, just make him afraid and the best way to justify the notion of "us" is to find a hefty "them". Reams of stupidity have been written in the British Press for decades about "Reds under the Beds", about Russian food being "a bowl of water with an egg floating in it", about a surly nation of monotones behaving like robots and ruled by "autocratic thugs". Wow. So the fascinating thing is to get under the bedcover and see what really lies under there. It's called, in a word, facts.

The fact is that this "report" was drawn up by people in the UK Parliament with links to the security agencies. It's called reinventing oneself to perpetuate one's existence and (cough) funding. You could replace the word "Russia" on the front page of the report, as the Russian Ambassador to the UK, Andrey Vladimirovich Kelin, stated... and it would read the same way and have the same weight. In other words, nothing of substance.

The myth of Russian invasions

For those who accuse Russia of "invading its neighbours" as the British media have underlined time and time again, which invasions? If they are speaking about Georgia, it was Georgia that started it by murdering Russian peace-keeping forces, which provoked a very measured response by Moscow and in the words of Vladimir Putin, the desire "not to humiliate" Tblisi.

Russia has suffered three invasions in recent centuries. One from Napoleon, one from Britain and its allies and one from Hitler.

Neither do these media outlers report on the UK's record in its "ethical" foreign policy. For instance when it deported the entire population of the Chagos Islands in the Indian Ocean, gassed their pets, and handed the place over to London's bedmaster, Washington. How many times do you read that in the same media outlets which classify Russia as "dangerous"?

Or when the British Armed Forces were aiding a terrorist group on the Foreign and Commonwealth Office's list of proscribed groups, namely LIFG in Libya? When I pointed that out, one jooj30 at hotmail dot com invaded my facebook account, trying to wipe out thousands of contacts (which I have written down in pen on paper anyway). So much for hacking. Or for example when the United Kingdom sided once again with terrorists in Syria, you know, those guys screaming like demented banshees while they played soccer with the head of a little girl who had been forced to watch her parents tortured to death and who was gang raped before and after she was decapitated? Now if that isn't evil, I don't know what is. Or for example when the same party sided with the same type of thugs who raped and decapitated nuns. A sterling ethical foreign policy, eh what?

Er....how did the Russians pull it off?

And so what are the Russians supposed to have done? Influenced the British population into voting for Brexit? Well, they seem stupid enough to manage that by themselves without any outside help, don't they? A minority of the population took the most monumentally idiotic decision to leave a trading block and go it alone, talk about British democracy. I wrote tens of opinion-editorial pieces pleading with them to rethink and arguing the case that the best thing for the UK (as they will find out soon) would be to remain in the EU and trigger any reforms from inside. And I wrote these pieces here, in a Russian media outlet. I called the idea of Brexit and Boris Johnson's pet project all the names under the Sun, time and time again. So much for a concerted Russian policy in favor of Brexit. In fact, I have been working in and with the media in Moscow since Soviet times, since the 1970s. In almost half a century I have never once received any directive from anyone saying I can't write this or that. The only thing I have been told is to write the truth. I have never had any piece or part of a piece censored by anybody and I place my pieces directly by myself in the editing program. They appear minutes later.

Sorry to debunk the myth of a united Russian policy of fake news and manipulation.

So sorry also if the UK considers itself more important than it is and has fantasies about being the victim of schemes. As for the Skripal case, go figure. God alone knows what the guy was involved in. Someone told me to Google up CIA and MI5, not GRU... I mean the former two agencies are not exactly staffed with people you would take to Aunty Maud's tea party, are they?

And now we are speaking about facts, how was Russia supposed to "influence" the Brexit vote? Did they write letters to everyone? Nah, that wouldn't work because half of them wouldn't open the letter and the other half wouldn't understand the text. Did they send emails? Hi Mr. (blank), This is Russia here. Look, if you don't vote Brexit, we'll reprogram your goldfish and turn it into a sex maniac and make it sire your wife while you are snorting like a pig lying on the sofa. Best regards, Vlad Tepes, sorry Putin. No, perhaps not. I know! They sent thousands of agents into the UK on a ferry boat from Calais, no really, and they....they....they hid in bushes and...and....and jumped out at people and said "Hey! I'm a Russian agent! If you don't vote Brexit, we won't give you a lollipop! So there!" Or better, perhaps, they disguised the agents as milkmen, doctored the milk, dropping a stupidity pill into it and voilà! Britain voted Brexit, high fives, Vladimir Vladimirovich!

I know in the USA there are claims that 17 Russians were smarter than 300 million Americans when Trump was elected....mmmmm...figures...figures....but let's get real.

And in conclusion, let us imagine in our wildest fantasies that Russia did influence the Brexit vote and rigged it so that the British people would vote LEAVE. OK then so that means that the entire shebang is false, null and void and in which case, let us reverse the Brexit decision because the Russians fixed it, and declare REMAIN!

That Ladies and Gentlemen is the only part of this which makes any sense.

How about a United Kingdom which regards its former allies in two world wars as friends and partners, doing business and dropping this 1950s skulduggery tack? After all ask the England soccer fans who came back with pots of strawberry jam offered to them by Russian soccer fans and wow stories that they will remember for the rest of their lives? THAT is the place where the UK and Russia are at and that is why England soccer fans are far more useful than a bunch of po-faced, pot-headed fuddy duddies in Parliament who would screw their own grandmother over if they could make a penny to spend on plastic garden gnomes.

Such reports are a tell-tale sign that the UK Parliament has lost touch, has nothing better to do and insists on wasting money on nonsense rather than, for example, finding out how the alleged dossier on child abuse in the same Parliament building went missing. I would say that the greatest threat to the United Kingdom is not Russia, but its own Parliament.