The risk of conflict between China and the USA is rising

The confrontation between China and the United States could move towards a higher level given the new Cold War climate that characterizes the relations between the two nations that hold the global trade monopoly. 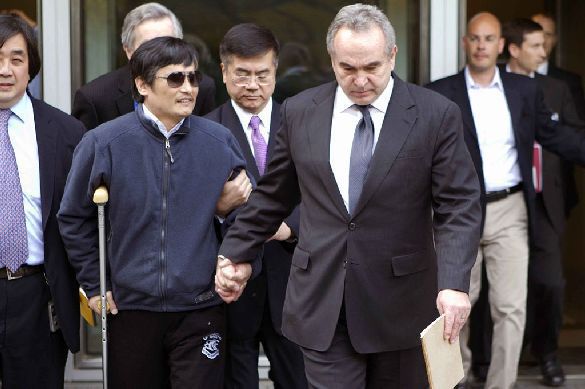 According to a report on U.S. military activity in the Indo-Pacific region [1] prepared by the National Institute for South China Sea Studies, a Hainan study center affiliated to the Chinese Foreign Ministry and the State Oceanic Administration, the possibility of a conflict has substantially increased.

The institute, founded in 1996 and expanded in the last decade to support Chinese claims in the South China Sea, writes down details of the United States' security policy, their presence and deployment of military forces, and recent forces' activities. US armies in the area. The document focuses on the changes brought about by the return of the United States to the competition policy between great Cold War-style powers and assesses the positive role of China-US military relations in stabilizing bilateral relations in the new era.

The report reads that since the Trump administration took office in early 2017, it has identified, for the first time, this "clash of great powers" in documents relating to national security such as the National Security Strategy and in the US strategy for the Indo-Pacific sector, which took shape at the end of 2018. According to the Chinese, the US strategy aims, ultimately, to protect US supremacy in global and regional affairs, including not only security but also political and economic issues.

According to the National Institute for South China Sea Studies, the United States has 375 thousand men in arms in the Indo-Pacific command, of which 60% represented by personnel embarked on military ships; in addition, 55% of the US Army forces and two thirds of the entire Marines are present. We read that with 85 thousand soldiers deployed in advanced positions and a large amount of high-tech vehicles and new armaments, the United States has maintained absolute supremacy in Asia-Pacific over the years, continuing to implement new troop deployments, increasing the budgets and resources, with the excuse of contrasting the military development of China and Russia.

One thing is for sure: the American presence in all that sector of the globe has drastically increased over the past few years and will be destined to further increase. Currently, for example, there are three aircraft carriers at sea, with their battle groups, that cross the waters between the Philippines and the island of Guam while air activities have shot up with the almost daily cruises of strategic bombers taking off from the American continent to make sorties towards the Japanese archipelago and beyond, up to the South China Sea.

Just in those contested waters and in those of Taiwan, the American naval activity became more intense and often led to accidents with the Chinese units that remember exactly what happened during the Cold War between the United States and the Soviet Union: in September 2018, an American destroyer, the US Decatur, has almost collided with a Chinese one near the Gaven Reef, in the Spratly islands disputed between China and the Philippines.

The same posture of the American Navy seems to have become more "active" no longer limiting itself to safeguarding the principle of freedom of navigation, but starting, precisely in that contested sea, to carry out the naval escort service for the oil research units that have been intimidated by the Chinese Coast Guard flotilla.

US military operations, the report continues, could easily trigger incidents that risk leading to further escalations. Given the nature of diplomatic ties in the region, there is no doubt, for Chinese experts, that military confrontation and even just the further deterioration of relations between China and the United States would substantially increase the possibility of a conflict.

An event that the other countries in the region certainly do not hope for, as they would be forced to choose which side to stay between China and the United States, as any military conflict between the two countries will still see them involved given the chessboard in which it would take place. The demonstration of this principle is taking place just recently: Japan, Washington's historical ally, is increasingly having to take off its aircraft to intercept not only the Russian bombers, who have been returning to patrolling cruises for some time in East Asia, but also Chinese aircrafts making sorties towards the Japanese airspace.

It is also a very recent news that the Japanese Navy has detected an unidentified submarine, then recognized as Chinese, in the southern waters of its archipelago not far from the island of Okinawa precisely where it met the battle group of the aircraft carrier Ronald Reagan.

The report ends with the hope that both countries will keep the communication channels open, that they will put in place an agreement that will strengthen mutual trust (also military) to prevent future crises and that will create the conditions for dialogue on nuclear safety, on cyberspace, on artificial intelligence technology and in all the other fields of modern warfare in order to prevent a possible conflict.

In reality, from what we know, the two countries from this point of view, besides not talking much, are practically deaf. The clear example is given by the preparatory talks in view of the possible renewal of the START deal on nuclear disarmament: in Vienna the United States hoped, indeed: they advocated, the presence of China, which has dryly refused the invitation declaring itself not interested to a three-side policy of disarmament. Reiterating the concept, already expressed, that since Russia and United States are the two countries with the largest arsenal, it is exclusively their task to reduce it.

For all intents and purposes, and beyond the pro domo rhetoric of the relationship of the National Institute for South China Sea Studies, between the United States and China there is already, and by their own admission, an imminent Cold War condition which, given the politics of both the countries for the Pacific sector and given the evident desire to be little inclined to dialogue and concessions, will only get worse.