United States and Iran: the reasons for an impossible coexistence

The political course inaugurated by the Trump administration towards Iran, based on the so-called "maximum pressure", is having success. The reintroduction and strengthening of the sanctioning regime have sunk the already fragile economy, lobbying and threats have diplomatically isolated Tehran, and the pounding campaign based on targeted killings and surgical attacks between Lebanon, Syria and Iraq, assisted by Israel, is decapitating the network of proxies scrupulously built in the aftermath of the fall of Saddam Hussein. 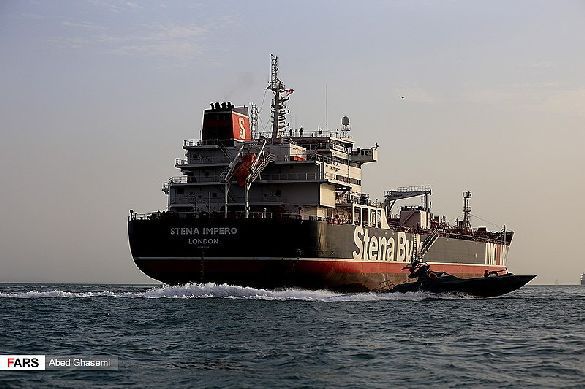 The recent death of General Qasem Soleimani represented a turning point, of no return, which could have really sanctioned the beginning of the fall of the revolutionary regime that has led Iran since 1979.

In fact, with the disappearance of Soleimani, the country has lost a figure difficult to replace, in terms of charisma, diplomatic skills and strategic mentality, having been the director of the expansion and branching of Hezbollah in the Middle East and Latin America and the one who has almost been fulfilled the dream of the so-called "axis of resistance", that is a transmesopotamian corridor from Tehran to Tartus.

However, even if the Khomeinist order were to fall under the blows of the Washington-Riad-Tel Aviv axis, unchangeable geopolitical and geophilosophical reasons make highly unlikely the establishment of a lasting peace between the West and the Iranian civilization.

The legacy of the big game

The conservative revolution of Ruhollah Khomeini of 1979 will be remembered as one of the most significant events, and with the most profound cultural impact, of contemporary history but contrary to what one might think, the origins of the United States-Iran cold war are much older. They have their roots the Great Game of the 19th century between the British Empire and the Russian Empire.

It is a historical period that lasted from the 1930s to 1907, during which the two empires faced each other intensely for the partition of central-southern Asia through proxy wars, hegemonic disputes and antagonistic rivalries, in order to fill the power vacuum left by the decadent and retreating Ottoman, Chinese and Persian empires.

It was at that time that the British consolidated their presence in the Indian subcontinent and in the Sino-Confucian world, while the Romanov family extended the boundaries of Third Rome to the Arctic, the Caucasus and central Turkic Asia. The expansionist campaign finally brought the destinies of the two empires to meet and clash in the vulnerable Persia of the corrupt and declining Qajar dynasty.

Ruling over Tehran was extremely important by virtue of the advantages deriving from its geostrategic position: direct access to the trade routes of the Indian Ocean, a permanent and privileged point of contact between the Middle East, Central and Southern Asia, control of the vast deposits of natural resources contained therein.

The British wanted to prevent the Russians from gaining an outlet on a warm sea, while the Russians wanted to create a buffer zone between the domains of the English crown and the Central Asian khans conquered by the tsars. They reached an agreement in 1907, dividing Central and South Asia, including Persia: the country was divided into two zones of influence; London secured the southern part, preventing Saint Petersburg from fulfilling the hidden dream of access to warm waters.

The outbreak of the October revolution and the consequent closure of the Soviet Union to the world in the 1920s were exploited by London to cement its dominion over Persia. The Qajar family was replaced by the Pahlavi, believed to be more reliable and the throne was handed over to Reza Shah in exchange for a foreign and energy policy favorable to the British interests.

But in the 1930s, Reza Shah began to show a growing intolerance about the country's semi-colonial submission, adopting a series of nationalistic measures that hated him in the eyes of London, including the cancellation and rewriting of the oil concession the Anglo-Persian Oil Company, the transfer of the right to print money from the British Imperial Bank to the Iranian national one, and laws to de-foreignize strategic sectors, against the background of greater autonomy in foreign affairs.

At the outbreak of World War II, fearing that Iran might join the Nazi-fascist axis, in 1941 the British invaded the country, with Soviet support, occupying Tehran. A severe warning was issued to the Pahlavi, followed by the forced abdication of Reza Shah and the installation of his son Mohammad Reza on the throne.

Like his father, Mohammad, after a period of blind acquiescence to the London diktats, surrounded himself with nationalists, attempting to emancipate himself from British influence. 1951 was the turning point: Mohammad Mosaddegh, promoter of nationalization action by strategic sectors, including the oil industry, was appointed prime minister. At that point, the British asked the United States for help, stirring the specter of a possible communist revolution in the country: it was the beginning of the Ajax operation.

For two years, Iran was shaken by covert operations aimed at destabilizing the government, igniting civil society and undermining consensus with the Pahlavi. Eventually, the shah succumbed to pressure: in 1953 Mossadegh was deposed and sentenced to life under house arrest, his office was taken by the pro-American general Fazlollah Zahedi. The Ajax operation sanctioned the end of British rule over Iran and the beginning of the US one.

The shah agreed to join the so-called "two pillar policy": Iran became the main guardian of Washington's national interests in the Middle East along with Saudi Arabia.

In the 1970s, however, the rise of anti-imperialist regimes in the Islamic world, such as that of Muammar Gaddafi in Libya and Saddam Hussein in Iraq, and the intensification of the cold war, convinced the shah to attempt a final hegemonic effort. Relations with Israel were downgraded in favor of those with Gaddafi and Saddam, the Palestinian cause was married, and the anti-western embargo on the OPEC countries of 1973 was supported.

He failed to fulfill his ambitions of greatness, because his domestic agenda aimed at the westernization of the customs and identity of the country, implemented through sanctions and repression, had united entire sectors of society against the reigning order. Ayatollah Ruhollah Khomeini, exiled by the Shah a few years earlier because of his anti-government activities, became the moral leader of the protests.

The specter of a civil war convinced the shah to flee. At that point, Khomeini returned to Tehran, welcomed like a hero. The people were called to the polls and placed before the decision to transform the monarchy into a theocratic republic based on shar'ia dictates. The "yes" front romped, the Islamic republic of Iran was born. The country closed completely to both the western and eastern blocs, carrying out its own ideological project and writing a new chapter in the centuries-old clash with the West.

In economics, you speak of countries "cursed by natural resources", in geopolitics you speak of countries "cursed by geography". Iran belongs to both the categories; therefore, it is legitimate to argue that the clash with the West is destined to continue even if the revolutionary order should fall due to the increasing pressure coming from the Washington-Riad-Tel Aviv axis.

In fact, for geopolitical logics, the West cannot allow Iran to move independently in the international arena, nor can it minimize interference in its internal affairs, while cultural and geophilosophical reasons explain the constant of anti-imperialist repercussions and nationalistic rebirths from society or politics.

Each power faces phases of growth, maturation and decline and this is precisely what is happening to Khomeinist Iran. The intervention in Iraq and the expansion in the Near East and the Arabian Peninsula had marked the entry into the period of maturation, but the containment set up in the Islamic post-state by the Trump administration, by the House of Saud and by Benjamin Netanyahu laid the foundations for the beginning of the decline.

But even if the West were to win the new big game, succeeding in subduing again Tehran through puppet governments, for the geopolitical and geophilosophical reasons described above, the status quo would not last in the long run, because it was artificial and wrongful. The condemnation of the repetition of history could be brought to an end only by revolutionizing the way of doing and thinking international relations, replacing the logic of power and the security dilemma with the principles of peaceful coexistence, respect for living spaces and mutual respect for the spheres of influence.