The challenge for the automotive industry in CO2 reduction in Europe

The challenge for the automotive industry in CO2 reduction in Europe 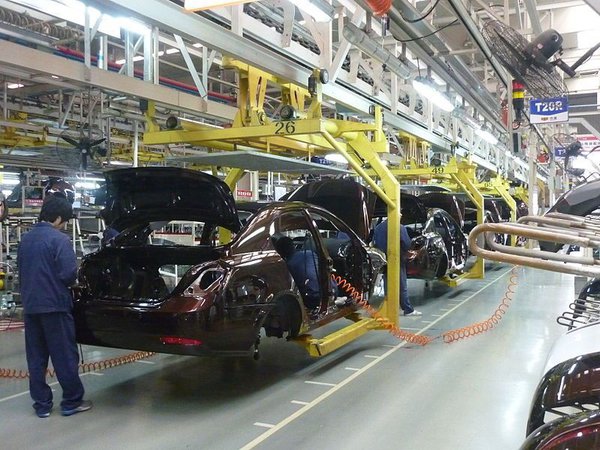 The Global environment crisis that is constantly discussed in the media today and makes the people freaky with consequences of global warming, has been putting the pressure on governments to assume urgent actions to gradually reduce the CO2 emissions, reduce  plastic waste in seas and have responsible policies to avoid more waste generation.

Recent examples such as fires in the Amazon forest, east Siberia region, total melting of glacier Okjokull in Iceland and other situations around the globe give the fuel for media and public opinion to pressure more and more the governments.

The platform target of the European Union to reduce the CO2 in industries is ambitious and goes in order to shows that is possible do in a sustained way. For the automotive industry the pressure is high and the target for 2019-2020 is 95 g/km and goes to 60 g/km on 2030. Today the average spreading of the main automotive industry is 120 g/km, still higher than the target.

The main challenge for the automotive industry is the cost. The improvements expected by governments and the sustainable environmental policies only will have success if the industries find out solutions to reduce costs and implement new strategies. The public opinion reinforces the solution for industries invest in electric vehicles, however the production cost for the hybrid electric vehicle known as PHEV and battery electric cables know as BEV are still higher than current diesel vehicles, some analysts forecast that until 2025 improvements on electric systems, power train and batteries will reduce the production costs around 20% reaching the production cost level to the current petrol cars. It means that this gradual improvement certainly will support the development of electric vehicles in Europe in the next years and analysts forecast the increase of 20% on electric fleet in 2020. From the perspective of customers, purchasing electric cars is still a challenge, with constant technological development, these cars have a relevant yearly depreciation and purchasing a vehicle and selling it 3 or 4 years later with an outdated technology certainly affects customer decisions and affects also OEM producers that see the lack of profitability.

In fact, even with investments, subsides, improvements and perspectives for the market improvement, cost reduction and gradual acceptance of customers, the reality for automotive industry is survival now. In this way industry concentrate efforts to reduce costs on these productions and try to meet the European targets for 2030 and onwards. For all OEM the forecast for 2019 and 2020 is low performance in EBITDA, however, they are concentrating efforts to reduce costs on R&D perspective the change on designs and focus on weight reduction that can give benefits on reduction of CO2 emission. But the challenges do not spread only the company projects of cost reduction but also they are affected by political global problems, such as the Brexit situation that puts the British industry under pressure, for example Ford and Honda are closing engine plants, Jaguar and Land Rover plans to cut jobs. The delay in the Brexit solution will keep pressuring industry uncertainties forecast, beyond that the political commercial fight between USA and China also struggles, example of that is the recent huge strike in GM in the USA. Also  the recent attacks on Saudi Arabian refineries already pressured the petrol prices globally and until this crisis be stabilized it is uncertain the limit that petrol price can reach.

Apart from global political issues, we see some good examples, in Portugal the Auto Europa Volkswagen announced recently a logistic improvement that will reduce the operational costs and reductions of CO2. The announcement of reactivation of line to Setubal port will provide to VW the possibility to transport 250 vehicles in each trip avoiding 32 truck outbound freights. The company expects still in 2019 reduce 400 metric ton of CO2 and in 2020 expect double the daily trips from 250 vehicles per day to 500 vehicles per day reaching up to 800 metric ton of CO2 yearly reduction. This operation will represent 68% of its production shipped to exportation, making the first leg of logistics using train.

Beyond this example, the key to reach these targets still will be the investments in R&D also forecasting short term results as long term results. Another example is Scania, in according to EGS industry report, they have a different proposal and investments on alternative fuels like as biogas, biodiesel, hydrogenated vegetal oils and other solutions, which according to Scania these engines can reduce 90 % of CO2 from the traditional combustion engines. The company also works close to environmental regulations to reach these targets and forecast investments in R&D of 6% and 8% with focus on automation, connectivity and electrification.  In the same way Volvo has invested on alternative fuels and in according to EGS, through its advanced technology making methane engines, HVO and LGN powered trucks is possible reduce the carbon emission from 20% up to 100% and they already have authorization in north America to be the first OEM to use HVO in all of its products, in Europe new electric trucks have been launched on 2019 giving company an advanced position in the market.