Trump has only two candidates to replace John Bolton

Political scientist Konstantin Blokhin believes that Donald Trump has only two possible candidates for the post of the national security adviser. 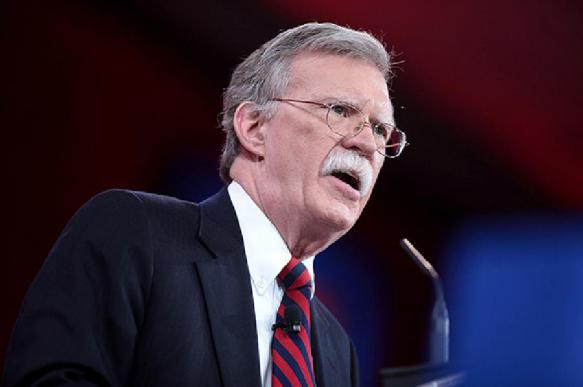 US President Donald Trump announced via Twitter on Tuesday that he had asked National Security Advisor John Bolton to resign, noting that he, like others in the administration, had "strongly disagreed" with many of Bolton's proposals.

"I informed John Bolton last night that his services are no longer needed at the White House. I disagreed strongly with many of his suggestions, as did others in the Administration," Trump tweeted on Tuesday, adding that he would name a replacement next week.

US media outlets said that Trump and Bolton had different positions on a number of issues in the field of foreign policy. In particular, Trump disagreed with his top aide in issues related to  relations with the DPRK, Venezuela, Iran, Afghanistan and Russia.

The last straw was the disagreement over Trump's plans to conduct negotiations between the Taliban* radical movement and Afghan President Ashraf Ghani at Camp David.

Republican Senator Rand Paul praised Trump's decision saying that Bolton's resignation made the threat of war with Iran or other adversaries less likely. "The threat of war worldwide goes down exponentially with John Bolton out of the White House. I think his advocacy for regime change around the world is a naive world view and I think the world will be a much better place with new advisers to the president and hopefully somebody who's actually listening to what the president says over and over again: that he wants to bring America's longest war to a close," Paul said.

According to Konstantin Blokhin, an expert at the Center for Security Studies of the Russian Academy of Sciences, Bolton's candidacy was a form of Trump's guarantee to US establishment to continue the tough political course towards Russia. "Robert Muller's report turned out to be a soap bubble, Trump does not face impeachment, so he enlisted the support of various influential groups, and Bolton is no longer needed," the political scientist told Pravda.Ru. Secondly, he continued, "Trump considers the governance of both the United States and the White House as his own transnational corporation. In other words, he needs absolute loyalty. The new candidate should be a super-loyal person, a professional - there are not many of such people in Trump's team," the expert said.

According to Konstantin Blokhin, there are two people in the administration, who are actually very significant and authoritative. "This is Zalmay Khalilzad, the former US representative to the UN, who now works for Afghanistan affairs, and Elliot Abrams, who became famous through Iran-Contra special operation and now works for Venezuela affairs."

"Of course, it is difficult to make an accurate forecast here, because Trump is unpredictable," the political scientist said.

Moscow's position has not changed after John Bolton's resignation, Deputy Foreign Minister Sergei Ryabkov said. As Ryabkov noted, such changes do not normalize relations. According to him, Moscow's position remains the same - to judge by action, rather than statements or intentions.