CIA's unrivalled Russian spy disappears from his luxury US home

The family of US spy Oleg Smolenkov, whom US intelligence services evacuated from Russia in 2017 as an employee of Putin's Administration, left his home in a hurry in Stafford (Virginia). 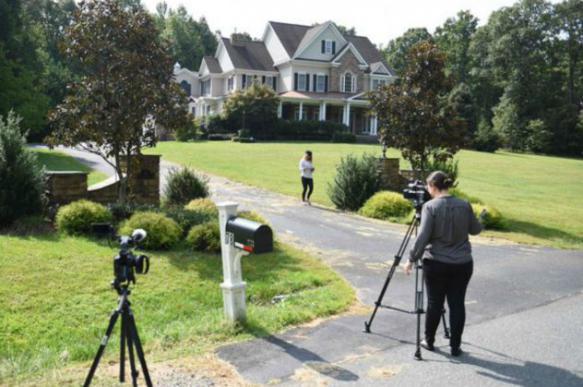 Smolenkov, formerly a CIA whistleblower,  acquired the house in June 2018 and registered the property to his name. The 760-square-meter house is worth $925,000. The house has six bedrooms and six bathrooms. It comes with 1.2 hectares of land and is protected by special services. Until yesterday, Smolenkov had been living in the house with his wife Antonina and three children. On September 10, according to neighbours, the "Russian family" quickly left the mansion after journalists arrived at their house.

Greg Talley, who lives next door, said that he learned about his neighbour's occupation from The Daily Beast journalist. The journalist knocked on Talley's door the day before as there was no one in Smolenkov's house. He also said that the journalist had been sitting in the car for a long time waiting for the Russians to arrive. They saw him, entered the house and left 15 seconds later, Talley said.

Reportedly, many of Smolenkov's neighbours are former or current FBI employees and US Army officers. Smolenkov and his family left their house on September 9 after CNN, and then other media outlets, released reports about the CIA recruiting a high-ranking Kremlin official decades ago.

During his career at Russian government agencies, Oleg Smolenkov had worked for five years at the office of the assistant to the President of Russia on foreign policy, Yuri Ushakov. He worked at the Russian Embassy to the United States, when Ushakov was serving as ambassador. Afterwards, he worked at the administration of the government of the Russian Federation, where Ushakov also served as deputy chairman. In 2010, President Dmitry Medvedev issued a decree assigning Smolenkov the rank of Acting State Advisor of the Russian Federation of the 3rd class (corresponds to the military rank of Major General).

After it was reported that the CIA recruited the Russian agent several decades ago - long before he took an influential position that provided him access to the Kremlin at the highest level - the Kremlin was forced to respond and confirm that Oleg Smolenkov had indeed worked at the Administration of Russian President Vladimir Putin.

It just so happens that no one can say anything definitive about Smolenkov. There is not even a photo of the man. One may assume that the former employee of the presidential administration was indeed a good spy.

Meanwhile, CNN reported that a CIA spy, one of the highest-ranking sources in the Russian government, was taken out of Russia in 2017 over the threat of being exposed, because US President Donald Trump and his administration were going to make the information public.

According to US media outlets, it was Smolenkov, who sourced the information saying that it was Putin himself, who ordered to conduct and then supervised Russia's alleged operation to interfere in the US presidential election. He also allegedly learned that it was President Putin, who ordered to  hack email servers of the Democratic National Committee shortly before the election.

The decision to evacuate Smolenkov was made in 2017 shortly after the meeting in the Oval Office in May, when Donald Trump discussed top secret information with Russian Foreign Minister Sergey Lavrov and then-Russian Ambassador to the United States Sergey Kislyak.

Following the meeting in the White House on May 10, 2017, Donald Trump fell under suspicion of handing over secret information about the Islamic State* terrorist organisation to Russia.
CNN noted, citing a US intelligence officer, that Smolenkov's evacuation from Russia had serious consequences, because he was the most "valuable" American whistleblower, who had direct access to Kremlin's insider information and plans of the Russian president. The network concluded that it would be impossible for the USA to obtain such a unique opportunity again.