Having exchanged prisoners with Kiev, Moscow fell into a trap as Russia has in fact admitted to being a part of the Ukrainian conflict. The actions of the Kremlin have internal consequences too. 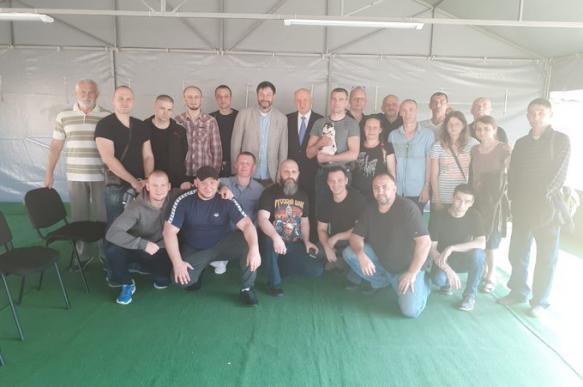 Why Washington is happy with the exchange

Apparently, Washington's optimism is due to the fact that the US could drive Moscow into a trap should such exchanges continue. Russia would thus show her involvement in the Ukrainian conflict.  Indeed, having exchanged participants of the "Russian spring" (they hold Ukrainian citizenship) for Ukrainian terrorists (only 12 of the 35 prisoners from the Russian list were Russians), Moscow assumes responsibility for their "crimes." For example, Russia becomes responsible for the actions of Alexander Sattarov, a Berkut policeman who was detained in December 2017 in Dnepropetrovsk on charges of separatism.

Such a development changes the nature of the Ukrainian conflict dramatically. If it were a civil war, as Moscow insists, then Donetsk and Lugansk would have to exchange prisoners of war with Kiev within the scope of the Minsk Accordsб which they signed, while Russia and Ukraine would have to do it by exchanging Ukrainians for Russians. Moscow's "direct participation" in the conflict will now be justified, for example, by the protection of its agents. This may tighten sanctions against Russia even more.

Moscow's actions have internal consequences. The move to exchange prisoners with Ukraine could be made to target Putin's supporters across Russia. The majority of those who support the Russian president, do not understand why the Kremlin should care too much for those prisoners that hold dual Russian-Ukrainian citizenship. Such a move, they believe, causes moral damage to those, who denounce Ukrainian citizenship and hope for independence and reunification with Russia.

The fact that the names of the heroes of the "Russian spring" remain hidden from public attention also seems confusing to many. The faces of those people are blurred when shown on federal TV channels. Moscow stands up for those men, so people deserve to know what they were arrested for and what they did for the protection of the Russian world.

In good conscience, given the president's message about the protection of Russians in Ukraine, the Russian authorities should have arranged a welcoming ceremony for those people to thank them for their struggle against the fascist regime of Petro Poroshenko. It is shameful to fear new sanctions while proclaiming sovereignty and protection of the "Russian world" through the mouth of the president.

Ukraine is not a fraternal nation

Ukraine is split in terms of its attitude to Russia, and this is not going to change ever. There are historical roots to this phenomenon. During the times of the Russian Empire, the Ukrainians were called Little Russians, who betrayed Orthodoxy and lived in remote regions of the country. The "Ukrainization" under Soviet rule and the next 25 years of independence resulted in the growth of  Ukrainian nationalism, which became a system-forming factor.

The Ukrainians did not vote for Poroshenko for economic, rather than political reasons. Russia should not be playing the game of fraternity with Ukraine. At the same time, Ukraine is home to many ethnic Russians, whom Russia should protect along with their historical territories.

The construction of the Crimean Bridge is a positive story. The Crimea had been handed over to Ukraine largely because it was necessary to solve the water supply problem there during the times of the USSR. Today, the Crimea lives under the conditions of the water blockade. The Crimea will be doomed to stagnation, unless this problem is resolved. One should therefore address the issue of Novorossiya as an independent state.