Kazakhstan: Crossing the bridge between past and future

Kazakhstan: Crossing the bridge between past and future 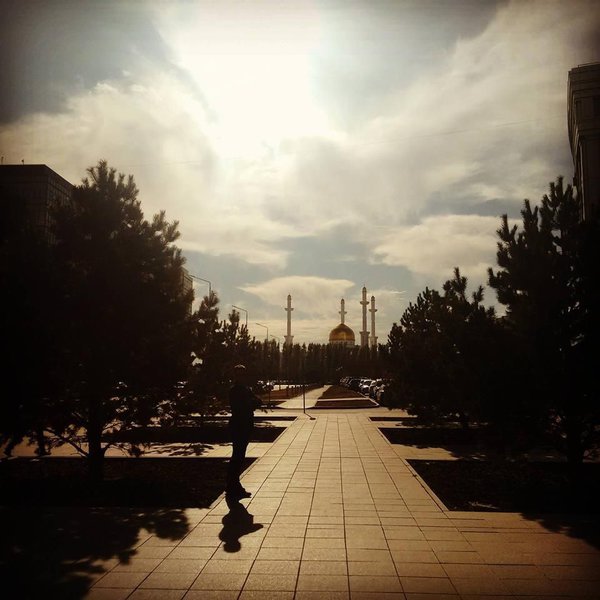 When I visited Kazakhstan in 2017 I had some expectations about what I would see in this country and how they adapted after the Soviet Union. I would imagine a country still much linked to its old traditions and still in a slow development from the production model of the Soviet Union to a western model of free market.  For me was a great surprise how this country has developed so fast in a few years and assumed a behaviour as leader in Central Asia.

My adventure across the lands of Genghis Khan starts in Almaty in October of 2017, after having travelled on the same period to Uzbekistan, I have taken a flight from Tashkent capital of Uzbekistan to Almaty the old capital of Kazakhstan. I could learn from recent Kazakh friends that Almaty is a name more linked to Russian expression, however the most adequate name was Alma Ata in Kazakh that describes the city as "Place of apples"

On a traveller perspective enter in Kazakhstan was easy, my country has visa free for 90 days with this country and could not see whatever of difficulty to enter there, differently Uzbekistan is much more bureaucratic and controlled and I wrote about that in my last article Uzbekistan: Inside the Heart of the Silk Road.

The first impression on arrival of Almaty was interesting, a modern city, crowded, industrialized with high urban traffic and polluted. The highlight point was meeting a city in a development and reference to other important cities on this region. Located in the south, Almaty has easy access to Bishkek the capital of Kyrgyzstan far from there only 235 km and not so far from Tashkent around 1100 km, beyond that has good access to water from Balkash lake and Kapchagay lake. The main visual lowlight is the air pollution. Still there are not much control on CO2 emissions from cars and buses and concentration of black smoke from cars are high, it reflects on air quality as Almaty is located on the base of mountains and the dissipation of black smoke is hard. The public fleet of buses still is old and not friendly to the environment, I did not see any perspective to change it soon from government however on other public transport they have better improvements. The example is the Almaty metro. In Kazakhstan only Almaty has metro subway and provides a good access to main regions of city and touristic points. The metro is modern and the wagons produced in South Korea provide to Almaty the best structure of Central Asia.

Almaty is a central point to make the main touristic packages and visit other cities and make tours of one day. It is totally accessible make most of tours alone considering an adventure profile tourist however is need at least a relevant knowledge of Russian language. Almost all Kazakhs speak Russian with fluency, however finding English speakers or speakers with quality is not an easy mission for whom travel without travel agencies.  Certainly I recommend a visit a Zeleny Bazar the green bazar, this bazar has the same structure as another bazar that I saw in Central Asia and an obligatory point for tourists that want to have a cultural immersion, beyond that Zeleny Bazar is close to Park Panfilov that is located the Orthodox church of ascension other important place to visit.

For adventure people this region provides many possibilities and it is possible to book trips to Almaty Lake in the south for hiking, also it is possible to make a hike to Charyn Canyon. I recommend also the visit to Tamgaly Tas the ancient budist city located in Kapchagay. Depending on the season it is possible to enjoy the complex of Chymbulak resort and the Medeu station, Chymbulak is really organized place with many activities for tourists and base to attack many mountains for climbing and hiking. I could hike from Chymbulak up to the mountain Tuyuk Suu reaching the high lake Manshuk Mametova. This hiking with climbing will spend around 9 to 10 hours from base to highest point and return to the base, also it is possible to sleep in the mountain in alp lager available to tourists. On this region is possible book daily hikings up to 7 days hikings with ascensions from 2000 mt up to 4000 mts across the complex.

After visiting Almaty I went to Astana, capital of Kazakhstan, and translation to Kazakh language is basically capital. The impression is a big contrast in comparison with Almaty. This city was completely projected and in many aspects it is possible to compare with the awesomeness of Dubai. We can see high modern buildings; sumptuous palaces all built in the middle of a desert. This is a clear message to Central Asia and world; Kazakhstan now is assuming a leadership regional pattern and not only a friendly shadow of Russia. Differently of other countries in central Asia, Kazakhstan is much richer in natural resources such as copper, gas, chromium and other resources.

For a traveller, a starter pack to explore this region is to walk around the center of Astana and start from the new modern shopping mall Khan Shatyr that was built as representation of a Kazakh tent nationally recognized as Yurt and part of most relevant Kazakh nomadic traditions. From this place it is possible to pick the main points of Astana and reach to the Presidential Palace. I recommend visiting in this area the tower of Bayterek the most important point of Astana and on the top of tower it is possible to have a view of the whole city. The most relevant place inside the tower is the gold hand moulding on the top tower that represent the President Nurusultan Nazarbayev driving the country. Across this region also I recommend a visit at beautiful Nur Astana Mosque. For whom that looks for an immersion in culture and traditions the national museum of Kazakhstan in Astana is the right place to know the nomadic style of life, the traditional clothes, traditional music instruments and much more. The Hazarat Sultan Mosque and the Palace of Peace and Reconciliation are also important places to visit.

Talking with new Kazakh friends I perceived that many dislike of Astana and its modernity and consider Almaty more authentic and traditional, however all agree that Kazakhstan has chosen a path forward that cannot go back. Coincidently I have read in the journal on that year 2017, that government had announced that Kazakhstan should keep moving forward on its process of modernization, and a step for that would be switch Kazakh language from Cyrillic to Latin alphabet up to 2025.

Now in 2019 we are taken by surprise that President Nursultan Nazarbayev left the position and opened free elections, the minister Kassim Jomart Tokaev was elected as new President, as recognition of benefits that Nazarbayev gave to Kazakhstan, government changed the name of capital from Astana to Nursultan. Western analysts can say and argue if the elections were fair or not, and discuss if Kazakhstan is a dictatorship or not, in fact this transition was the smoothest since the end of the USSR.

Nobody has doubt that Kazakhstan is crossing a bridge between the past and future and this bridge cannot be broken.

Dimas is a global trekker passionate for travels, and lives on the sunny coast of Cascais in Portugal.