US President Donald Trump signed a decree imposing sanctions on Russia for the alleged chemical attack in Salisbury, the UK. 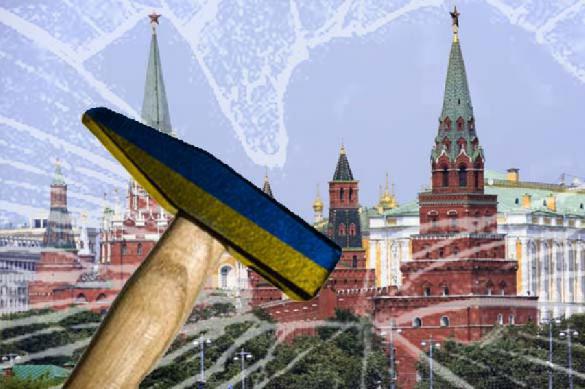 Trump explained to lawmakers that his order instructs the Secretary of Treasury, in consultations with the Secretary of State, to take certain actions to impose sanctions on Russia in accordance with the law on chemical weapons. In particular, it goes about the decision to obstruct the provision of loans, as well as financial and technical assistance to Russia.

In addition, the decree bans US banks from providing any loans to the government of Russia, except for loans to purchase food or other agricultural goods or products.

The decree notes that it relates to the implementation of the provision of the law, which provides the executive branch with a right to choose from a number of restrictions that may be imposed on the country that violated the law on chemical weapons.

Earlier, the Foreign Affairs Committee of the House of Representatives called on US President Donald Trump to proceed to the second stage of sanctions against the Russian Federation for the incident in the UK.

On March 4, 2018, former GRU colonel Sergei Skripal, convicted in Russia for spying for the UK, and his daughter Yulia were, according to the British side, exposed to Novichok nerve agent in Salisbury.

London claims that the Novichok was developed in Russia. Moscow strongly rejected all allegations, pointing out that Novichok programs had not existed either in Russia or in the USSR. According to the Russian authorities, all chemical weapons had been destroyed in accordance with international agreements.

The USA imposed the first package of sanctions for the poisoning of Sergei Skripal and his daughter on August 27, 2018 as part of the Chemical and Biological Weapons Control and Prohibition Act from 1991. The package was relatively soft: it banned exports of military and dual-purpose products to Russia (a number of exceptions was provided) and prohibited buying arms from Russia.

The second package of sanctions included measures to lower the level of bilateral diplomatic relations between Russia and the United States, or even their complete suspension. It also stipulated for the total ban of exports of US goods to Russia, with the exception of food, as well as imports of Russian goods by the United States, including oil and petroleum products. The sanctions of the second package also deprived Russian airlines controlled by the Russian government of the right to land in the USA. To crown it all, Washington intended to block loans to Moscow through international financial organizations.

The Trump administration eventually had to impose some of the sanctions after US intelligence agencies could not prove that Russia had stopped using chemical weapons.

The Russian ruble started losing its value against the euro and the dollar due to the introduction of new sanctions against Russia. The ruble has already dropped to 65 rubles per one dollar. The euro has climbed to 72 rubles per one euro.

The ruble is weakening even despite the fact that oil prices have been growing recently after the strongest decline in four years. The price on Brent oil rose by almost two percent to $61.70 per barrel, WTI - by 1.5% to $54.82 per barrel.