UK's new Prime Minister Boris Johnson had spoken about Russia in the past. He had expressed his opinion about Russia's role in the case of Sergei Skripal, about Russia's actions in Syria and noted once that he was a "committed Russophile." 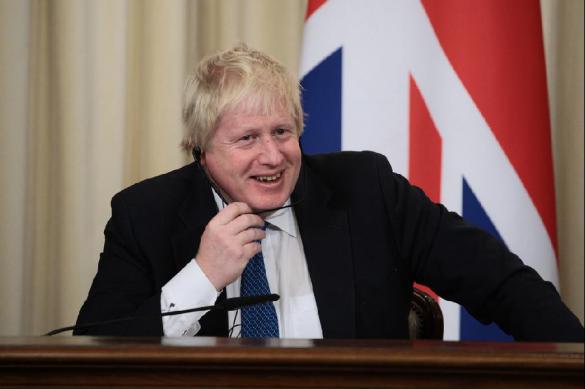 Boris Johnson has won the primaries from his Tory party and will be announced the new Prime Minister Great Britain on July 24. In his first speech, Johnson said that his prime goal would be to "deliver Brexit, unite the country and defeat Corbyn (Labor leader).

Boris Johnson said that the UK should exit the European Union before October 31, 2019.

Here is what Boris Johnson had said about Russia in the past.

"If Putin's troops have helped winkle the maniacs from Palmyra, then (it pains me to admit) that is very much to the credit of the Russians," he wrote in his Daily Telegraph column. "They have made the West look relatively ineffective; and so now is the time for us to make amends, and to play to our strengths," he added (March 28, 2016).

"The world's attitude towards Russia has been hardening and I think people now believe that Russia is in danger of becoming a pariah nation. If they continue like this they will forfeit any sympathy and any admiration in the world at all, and I think they do care about that. In the end, if (Vladimir) Putin's strategy is the greatness and glory of Russia then he risks seeing that turned to ashes as people view his actions with contempt." (October 2016).

"I think the Russians need a way out and a way forward," Johnson said in Italy ahead of the G7 talks. "If you think about the position of Vladimir Putin now, he's toxifying the reputation of Russia by his continuing association with a government which has flagrantly poisoned its own people." (April 2017).

"The point that we have made to the incoming [US] administration and indeed on Capitol Hill is just this, as I said earlier on... it would be folly for us further to demonize Russia or to push Russia into a corner." (January 2017).

"I am a Russophile. A Committed Russophile. I took the trouble before coming foreign secretary to station my ancestors around the world. I have them in Germany and France, all over the place. America, and of course here in Moscow as well," Johnson said. "I believe, I am certain that I am the first foreign secretary in the history of my office to be called Boris. Probably quite likely to be the last for some time I would think." (December 2017).

"All this stuff Putin comes up with about 'liberalism is over' is wrong. He is totally wrong. Our values of freedom and democracy "are imperishable and they will succeed." (July 2019).

"It is rather like the beginning of Crime and Punishment in the sense that we are all confident of the culprit - and the only question is whether he will confess or be caught," Johnson said in March 2018 speaking about the poisoning of former Russian spy Sergei Skripal and his daughter Yulia in the UK.