How Russia made USA addicted to its nuclear fuel

The richest country in the world unexpectedly turned out to be an energy addict. To avoid withdrawals, the United States was forced to start purchasing enriched uranium from its sworn enemy - Russia. 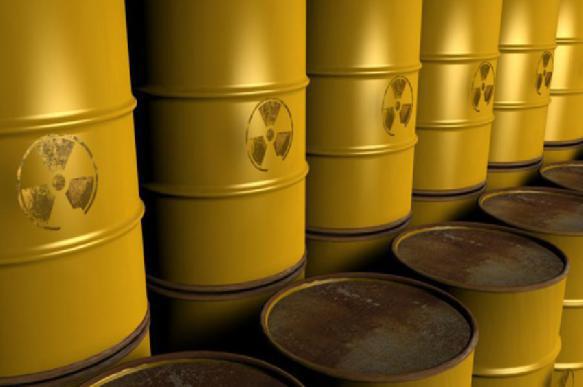 In 1938, German chemist Otto Hahn discovered the fission of the isotope of uranium-235 when it was bombarded with neutrons. The scientist discovered that the process produced an enormous amount of energy. The discovery triggered the development of atomic energy and atomic weapons around the world.

The isotope of uranium-238 is the most common isotope of uranium found in nature, with a relative abundance of 99 percent. The rest accounts for uranium-235, about 0.72%. To use nuclear technology for peaceful purposes, one needs to increase the percentage of uranium-235 in natural uranium to three or five percent to produce low-enriched uranium. To create atomic weapons, one needs to increase the number to 90-100% for highly-enriched uranium.

There are two ways of uranium enrichment used nowadays - gas diffusion and centrifugal methods. The USA uses the gas diffusion technology. To give the reader a picture of the process, one can imagine sifting flour through a sieve, when larger fractions (particles) remain in the sieve, and the uniformity and quality of the flour increases. This process is similar to the gas diffusion method, when only uranium-235, which has three neutrons less, separates from uranium-238 in gaseous uranium hexafluoride through small cell membranes. The Soviet Union had originally used the same technology.

In November 1957, the USSR launched its first centrifugal uranium-235 enrichment plant. The event was no less important than the launch of the first artificial satellite, sputnik, on October 4, 1957.

In a centrifuge with uranium hexafluoride, the rotor accelerates from 1500 cycles per second, creating artificial gravity by centrifugal forces, and this gravity exceeds the force of Earth gravity many times.

According to the law of gravity, the lighter uranium-235 remains in the center of the axis, while uranium-238 moves away to the walls of the centrifuge. This method is 50 times less expensive.

The United States came to realize that the productivity was unprofitable. The Americans found it ineffective even for nuclear energy, let alone nuclear weapons. The Americans built the last gas diffusion unit in 1996. They were trying to develop a technology similar to that of the Soviet Union, but never managed to succeed.

World Nuclear News (WNN) published an article in January 2019, in which it was said that the Americans had been trying to introduce such a technology, but could not move forward. To replenish energy costs, they had to buy low-enriched uranium from Russia.

As many as 40 percent of eastern states in the USA receive their energy from nuclear power plants. The USA tried to build the centrifuge plant in Piketown, but the construction was stopped. During the 1990s, the USA concluded the HEU-LEU (highly-enriched uranium - low-enriched uranium) agreement with Russia in an effort to save money. In accordance with the deal, Russia supplies America with 500 tons of low-enriched uranium diluted from highly enriched uranium in nuclear missiles.

In general, it was a lot cheaper for the USA to buy enriched uranium from Russia rather than to produce it at its own cost. In 2013, Russia's Rosatom acquired a 100% stake at Uranium One - the Canadian company that mines natural uranium and explores its deposits. The company owns uranium mines in Australia, Kazakhstan, South Africa and the United States. The United States thus supplies natural uranium to Russia via the Canadian Uranium One, because the Senate prohibits direct supplies. Russia then enriches it with its centrifuges and then sells it back to the USA.

As a result, Russia receives money and continues to improve its installations (they have now been modernised to the tenth generation), while the USA receives its doses of fuel.

Of course, the USA can find uranium suppliers in Europe. Yet, the cost of joint efforts with European countries would be at least 2.5 times higher than with Russia. To crown it all, the  production of enriched uranium in Russia is comparable to the production in all other countries combined.