Putin's decree banning passenger flights from Russia to Georgia came into force on July 8. On the evening of July 7, Russian airlines made the last flights to Georgian airports and back. There were six airlines that maintained air communication between Russia to Georgia: Aeroflot, S7, Ural Airlines, Pobeda, Red Wings, Nordavia. Georgian airlines Georgian Airways and MyWay Airlines completed flights to Russia on July 7 as well. 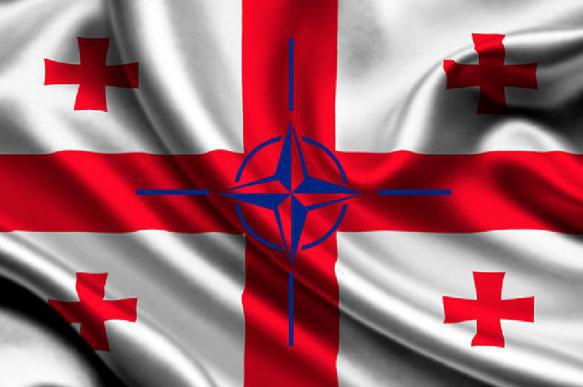 Russia may impose more restrictions on Georgia and ban imports of Georgian wine and other products.

On July 9, the State Duma of the Russian Federation unanimously passed a statement on additional economic measures that Russia could possibly take in connection with anti-Russian provocations in Georgia. The statement says that Russian MPs strongly condemn ongoing anti-Russian provocations in Georgia. "Open attacks on the part of radical forces of this country cause the Russian-Georgian relations to degrade further," the statement said.

Historians believe that Georgia's incorporation into the Russian Empire saved the country from destruction. Russia assisted Georgia in solving one of its main problems - the slave trade. Back in the day, noblemen accounted for 15 percent of the population of Georgia. They mostly profited from selling peasant children to neighbouring countries.

The Caucasus used to be an unprofitable region that the Russian Empire was subsidizing.  Oleg Ayrapetov, Candidate of Historical Sciences at the Moscow State University, talks about historical processes in Georgia after 1801.

"It appears that smaller countries are traditionally drawn to bigger neighbours. If they can not get along with each other, smaller states start looking for new patrons. Georgia quickly switched to the United States as soon as its relations with Russian became problematic. They turned to the Americans and set forth numerous claims to Russia. Why does it happen so?"

"Yes, this is exactly what happens. In 1801, Russia did not have a goal to liberate Georgia - Russia had to rescue the country, because the people of Georgia were on the brink of extermination. Liberated nations are not grateful - they are demanding, and one can only imagine what rescued nations are like.

"The Russian Empire rescued Georgia. There were 12 million Georgians in the 12th century. When the Russian Empire came to Georgia in1801, there were only 800,000 of them left. Georgia had sought Russia's support and protection on a number of times throughout history. They wanted Russia's protection for the hereditary power of Georgian kings. In other words, Georgia wanted to live under Russia's sovereignty, without any independent foreign policy, while preserving independence in all other areas.

"When Georgia became part of the Russian Empire, many Georgian lands united. Russia also banned the slave trade. In Georgia, 15 percent of the population were noblemen. For comparison, there were only four percent of noblemen in Russia. When Georgia was incorporated into the Russian Empire, nearly 70 percent of all noble names in the Russian Empire were Georgian names. Georgian noblemen used to make their living by selling peasants' children to other countries. They treated their peasants as breeding animals. Children were expensive on the slave market, so they could live for up to six months after selling one child into slavery. Slave trade used to be a highly privileged business."

"Why did Russia need all that?"

"If you raise someone for a long time, he may eventually become a good man. Russia was dealing with barbarians in a civilised country with ancient culture, but that culture was in a terrible state when Russia came to Georgia."

"What pluses can large countries gain from such relationships? Is it a matter of markets?"

"Adam Smith said once that colonies are like apples. As soon as they ripen, they immediately fall off the tree. Colonialism has different versions. In order to be able to govern, one needs to invest first. The Caucasus was unprofitable before the discovery of possibilities of the industrial use of oil.

"I believe that Russia has nothing to be ashamed of as far as its policies in the Caucasus are concerned. I do not mean, of course, that when the Russians came to Georgia they were like angels with beautiful white wings. The main question is what Georgia gained from becoming part of the Russian Empire, and it gained a lot. First of all, Russia united disintegrated Georgian lands within one state. Russia gave Georgia protection from various raids and attacks, and Georgia could take a breath of relief. That period lasted for nearly 100 years."