Russia and the USA kill Venezuela in their struggle

The media hype around Venezuela has been declining lately. Today, the United States is willing to know, to which extent Moscow is prepared to support the loyal regime, while Russia wants to know how it can help Venezuelan President Nicolas Maduro stay in power. At the same time, the people of Venezuela want to know the answer to just one question- how to keep the economy of their country afloat. 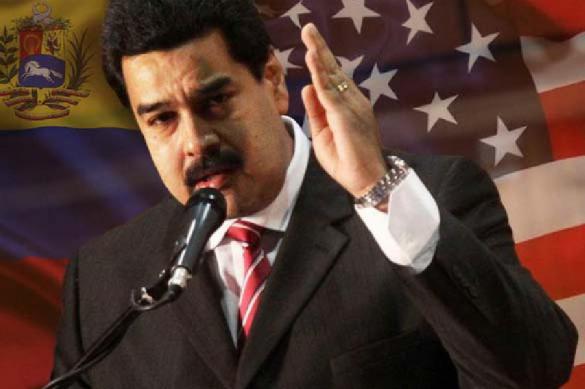 On June 3, The Wall Street Journal reported that Russian military specialists were going to be withdrawn from the country. The gradual withdrawal of Russian advisers from Venezuela, the publication said, was due to the lack of new contracts, because Nicolas Maduro could no longer pay for Russia's services. US President Donald Trump later tweeted: "Russia has informed us that they have removed most of their people from Venezuela."

However, Russia's Ambassador to Caracas, a representative of Rostec, Kremlin's official spokesman  Dmitry Peskov, and Foreign Minister Sergey Lavrov dismissed the information. "I do not know what they (the Americans) react to, nothing has been reported to them officially," Peskov said.

What is hidden behind this rhetoric? Does the Kremlin really want to cut assistance to Maduro for unpaid contracts or are the parties getting ready for further actions in Venezuela?

Political analyst Jesus Castillo Molleda told Panorama.com.ve that Russia understands the geopolitical interest of her presence in the region. Russia's pullout from Venezuela would mean that Russia was leaving America. Russia has all the ability not to let the USA win the battle in Venezuela, the analyst said.

According to analyst Oscar Arnal, Moscow may indeed withdraw its people from Venezuela if it has lost faith in the ability of the Maduro government to pay its debts. Venezuela is falling apart as a state, so it is in Russia's interest to have a new government installed there to have the money back, the political scientist believes.

The relations between Russia and the United States aggravated when Moscow sent about a hundred paratroopers and military personnel from Syria to Venezuela. Apparently, the Russian troops were deployed on an army base in the north-west of the country in the area of Orinoco river oil fields, where Russian oil giant Rosneft has its wells.

Regardless of whether Moscow has decided to withdraw its personnel from Caracas or not, two key players in Venezuela - Vladimir Putin and Xi Jinping - are expected to make a decision to protect their investments there. Russia and China prevented a foreign intervention in Venezuela and advocate a dialogue that began in Oslo.

According to Alexander Chichin, the dean of the Faculty of Economic and Social Sciences of the Russian Academy of National Economy, Russia has invested at least $17 billion in Venezuela. The primary objective is to find countermeasures against US sanctions that exclude currency income for oil sales.

"If Russia and China do not find concerted measures to support Maduro, an inevitable collapse will occur, as Venezuela's GDP has fallen by 52 percent over three years and there is no currency to buy at least the essential basket of food products and medical equipment," the expert told Pravda.Ru.

Among such measures, the expert indicated the supplies of Venezuelan oil to China and the opening of new credit lines there. China, Alexander Chichin believes, will hold on to Venezuela. China has been losing ground in Brazil lately after Jair Bolsonaro came to power in the country. In Mexico, López Obrador does not favor China either.

Alexander Chichin believes that Moscow has not withdrawn its troops from Venezuela. "Who is going to maintain those arms and who's going to teach Venezuelans how to use them? Their payment is a political question, and money is not an issue here," the expert concluded in an interview with Pravda.Ru.

On June 5, US Secretary of State Mike Pompeo found another reason to explain why Washington has not been able to topple Maduro yet. According to Pompeo, the Venezuelan opposition does not act as a united front. More than 40 people, Pompeo said, believe that they are legitimate successors of President Nicolas Maduro. "The moment Maduro leaves, everyone will raise their hands and say: "Choose me, I'm the next president of Venezuela,"" Pompeo said, adding that Maduro's resignation would not be enough.

Indeed, but Guaido's arrival would not change anything either. Venezuela will change geopolitically, but Venezuelan politics is not only about the confrontation between Maduro and Guaido. There are different movements inside the Chavistas, there are anti-Mauro Chavistas too. As history has shown in Iraq and Afghanistan, the lifting of sanctions after the arrival of US-loyal politicians to power leads to even more chaos rather than prosperity.

The Americans have poor knowledge of the Venezuelan society, and little did they know about Iraq and Afghanistan. It will be big news for the Americans, when a significant part of Venezuelans show strong resistance to Guaido, and some of the military will join partisan movements.

The problem is not about sanctions. The main objective is to restore the viability of the economy. The people of Venezuela need to seek internal consensus, eliminate diarchy and restore the ability of their state to run state policy.