The Russian Ministry of Defense announced the imminent launch of all elements of the new system of radar intelligence system code-named as "Liana." 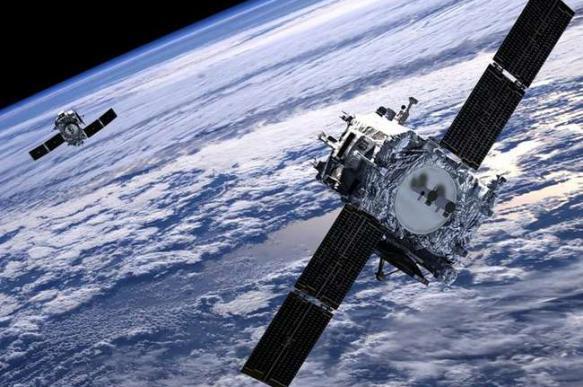 Four space vehicles - two "Lotos-S" and two "Pion NKC" - were deployed in near space at an altitude of about 100 kilometers. They will allow the Russian armed forces to monitor objects on the surface of the Earth that can be as small as a car. The first satellite went into orbit back in 2009, while the second one was deployed in space in 2018. It is believed that the new system will gain the full potential after the launch of the remaining two units in the coming months. Thus, the complex will be fully deployed in early 2020.

The Liana system comes to replace the Soviet target designation system known as Legenda (Legend), which was commissioned more than 40 years ago. The Legenda complex was one of the most advanced systems for the 1970s, but it had a number of significant drawbacks. For example, the orbital altitude of space vehicles of the system did not exceed 25 kilometers, which caused the spacecraft to wear out and come out of order faster than usual. In addition, the "Legend" could not "look" either through the clouds or under the surface of the Earth. To crown it all, the Soviet space radar system could only see objects that were tens of meters in size.

There were also significant problems with the launch of spacecraft after the collapse of the Soviet Union. Zenit booster rockets for the Legenda system used to be manufactured in Ukraine. The termination of defense cooperation with Kiev made those space launches impossible.

The emergence of the Liana complex can therefore be considered as the next stage in the development of the capabilities of the Russian space industry.

Our country was forced to respond to challenges of the Pentagon after the Americans developed and launched the Lacrosse satellite system.

Presumably, Liana is a system that has global coverage. Like its American analogue, the Russian system can monitor the earth's surface through a layer of clouds. The spacecraft of the system have a synthetic aperture, which increases the angular resolution of the radar station. The use of such a technology makes it possible to receive detailed images of an object on the surface, and even in the subsoil layer.

The Lacrosse system of the United States includes six spacecraft capable of "seeing" objects less than one meter in size in all weathers, at any time of the day. The monitoring is conducted in a stripe, which can be up to 100 kilometers wide.

The need to use this technology is directly related to the new type of warfare, which the Pentagon currently implements within the framework of the new defense doctrine. It goes about the network-centric organization of command of a military conflict. The Americans used this method for the first time in Iraq. Instead of the rigid vertical arrangement of the transfer of decisions from top to bottom, the principle of simultaneous collection and processing of information is used while the centers of responsibility for headquarters at various levels were preserved.

In a nutshell, each war unit (from soldier to general), each element of the tracking system and artificial intelligence of each combat vehicle were united into joint information space. The command could thus monitor the situation on the battlefield in real time. Radar reconnaissance satellites play a crucial role in the network-centric control system. Based on their experiences received in Iraq, Libya, Syria and other hotspots on the planet, the Americans developed new Lacrosse spacecraft (they were developed by Martin Marietta company).

The launch of the Liana system will enable Russia to arrange large-scale military actions on the basis of principles of network-centric warfare.