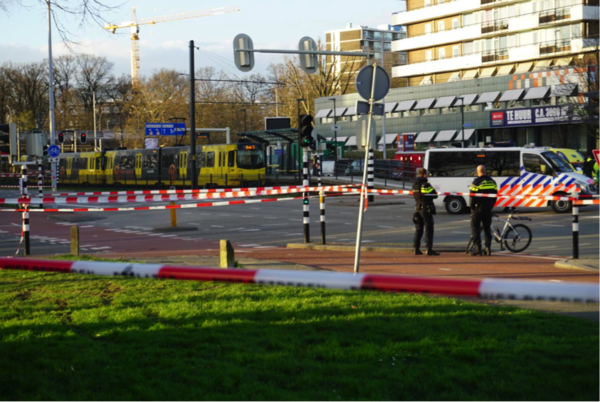 In the quiet morning of the 18th of March, a terrorist attack took place in the city of Utrecht, The Netherlands, causing a new wave of distrust in the most tolerant kingdom of the world. Living in the very center of the country, a member of ethnic minority, Gokmen Tanis, killed with a pistol three Dutch people and heavily wounded five more in a tram, heading from the city´s central station.

The murderer is a 37-years-old, native of Turkey. He left the transport and ran into hiding, nevertheless, getting his face caught on a security camera of the tram. Committing the attack at 10 a.m. in the morning, the police searched for eight hours and subsequently arrested the murderer in one of the living houses, three kilometers from the crime scene.

The investigation group had resorted to exceptional measures by the standards of Dutch law. As the criminal´s personality became identified, the investigators disclosed his bank account and discovered that, after the attack, Gokmen transferred an unknown sum of money from a phone. By employing special devices, the group found a phone number, which was linked to the bank account, and tracked down the digital footprint of the shooter.

The motives of the crime contradicted to each other until the very end. No connections between the suspect and the victims were established. Initially, as it often happens, the police didn't disdain to call the case as a terroristic one. The same happened the last year, when a young refugee from Afghanistan almost slaughtered two American tourists on the central station of Amsterdam, thereby expressing his anger to a right wing "Party for Freedom" and its all-time leader Geert Wilders, the Dutch Trump, who planned to organize a competition for the most offending caricature of the prophet Muhammad. 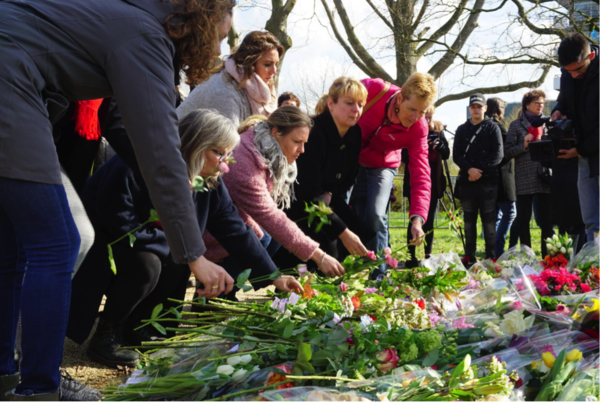 This time, the society got completely blown away by the uncertainty of the motive as well as the reluctance of law enforcements to inform media due to the slow collection of evidences. From the start, the police expected the worst, presuming terroristic cause and potential attacks all around the city. The public transport, partially paralyzed by the strikes across the country, quickly disappeared from the streets, on which nobody was recommended to appear. A found note in Gokmen´s car with a word "Allah" only added to the suspicion of religious roots.

In spite of the notion that friends of Gokmen say that he was raised in a deeply religious Wahhabi family and his brother is a member of Turkish Islamic fundamentalist and anti-democratic club "Chalifa state", the personal mental state could also play a big role in the development of the incident. In 2011, Gokmen was already spotted on the camera of a Dutch right wing website GeenStijl where answering to the questions of an accidentally approached journalist, stated that he is a democrat, not a religious fanatic.

According to an ex-girlfriend of the shooter, Angelica, Gokmen is a psychopath, rather than a terrorist and she attempted numerous times to make the police aware of his probable mental relapse. 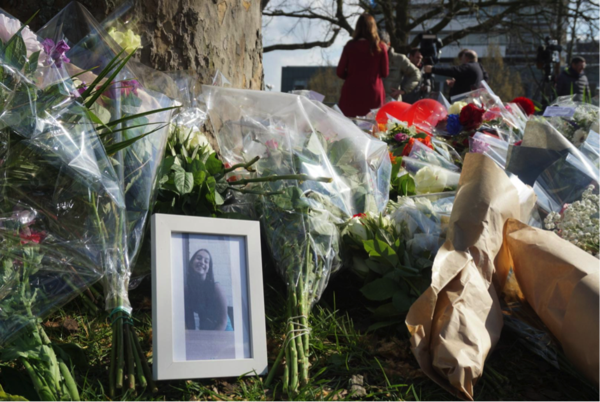 The couple together sniffed cocaine throughout the year of their relationships, which hard to call romantic. Angelica would be often beaten and even once violently raped in 2017. The offender faced a trial and was taken into custody in August of the same year, but eventually saw freedom in September under the pretense of the unsound mind and willingness to participate in a personality test. During the following fifteen months, the criminal would not appear in a prescribed for him psychological institution. Getting detained again, but this time until the 1st of March of 2019, Gokmen expanded own list of the previous convictions, among which we can find: shoplifting, drunk driving, drug dealing, possession of a firearm, spitting on a police officer and such a widespread misconduct in the Netherlands as bicycle theft. The reason behind the release is the same as the last time, namely, suspicion of a personality disorder and the promise of the criminal to participate in the personality test.

Chance for political alternative from the right

Just as the assault of the Afghan refugee, the recent terrorist attack is a handy occasion for Dutch nationalists to remind the frightened electorate about inconsistency of the currently prevailing social-liberal agenda. After the incident in Amsterdam, the attention of the public towards anti-immigrant sentiments has been considerably growing, people started to look up Geert Wilders name in the internet more often, while a new party "Forum for Democracy" several times appeared on top positions of polls for the 2019 elections, promoting, more relevant than ever, American idea of the three-strikes law. According to the party, the third heavy offense must be accompanied with a life sentence.

The tragedy unfolded two days before the provincial elections in Utrecht, where nationalists for many years lose to most of the parties, competing on par only against greens. The provincial elections indirectly form the upper chamber of the Dutch parliament or the senate, which task is to identify technical contradictions in new bills and the current legislation, and affirm new laws, proposed by the the lower chamber. On the next day after the incident, the lower chamber became a place of confrontation between right parties and the rest. The second biggest party of Geert Wilders together with the young, but rapidly burgeoning party "Forum for Democracy", attempted to start debates with the remaining eleven parties, majority of which has already formed opposition against the nationalists.

Geert Wilders spoke out against the minister of justice and security, calling upon his immediate resignation. Comparing the length of the Gokmen's list of convictions with the distance from The Hague to Tokio, the politician added that the police and its administration have committed an unprecedented hindsight, leaving the incorrigible criminal to freely wander on the streets. Wilders attempted to initiate debates, involving the prime-minister Mark Rutte in the dispute, who earlier asked the public to avoid hatred and xenophobia, although he repeatedly speculated on the topic of terroristic motive, thereby evoking discontent among the ethnic minorities.

The debates that had to attract attention of the public to the current left liberal stance in relation to criminals, were doomed to silence. The coalitional parties jointly voted to postpone the discussion, as if being afraid of a polemic just few days before the provincial elections kicked off. They justified the decision by addressing the lack of forensic evidences. Wilders understood that the actions of his opponents have a political rather than organizational character, noticing that the parliament is ready to discuss an agricultural problem of environmental unfriendliness of Dutch manure, not the slaughter. In the same way, social liberal parties accused "Forum for Democracy" in the reluctance of the party to stop their political campaign on the day of the attack, hoping for the minimal intensity of the society in such dramatic times.

Elections after the terror

The 20th of March, the election day, Utrecht stood out with the highest turnout among all Dutch cities. The recent terror apparently provoked the residents of the railroad center, which turnout reached a mark of 60%, leaving behind the political capital The Hague with its 49%. 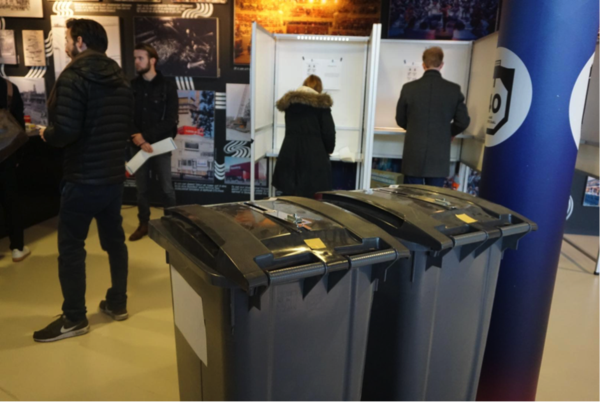 The results of the elections eroded the superior position of the centrist government. If four years ago, the Netherlands chose conservative liberals of Rutte, christian democrats and progressivists, this time, victory was achieved by new right in the face of Thierry Baudet and his "Forum for Democracy". The brand new party literally broke into the upper chamber on the first try, taking more than 14% of the total seats and driving out the long-standing leader "Party for Freedom and Democracy" of Mark Rutte. The once dominant party lost ten seats, keeping now 13% of the total share.

The unprecedented success of the forum, which showed up just three years ago, makes us think about new social demand of the Dutch nation that experiences a palling taste of costly and occasionally dubious reforms of the ruling elites.

A proposed by Rutte abolishment of dividend tax on transnational corporations was recently repealed due to the fact that expenses on the reduction of international tax burden incurs two billion euro expenditures every year. By arguing that suchlike indulgence for the international capital is going to bring more jobs, the prime minister archly holds back that the real reason behind the initiative is a desire of the government to keep or move the headquarters of huge companies Shell and Unilever to the Netherlands. Being British-Dutch corporations, the European Union might prohibit these two to simultaneously remain dual-listed on European and non-European stock exchanges, at least in case if Brussels doesn't come up with any deal regarding Brexit. Rutte wants to see the skyscrapers of transnational corporations in the Hague and Rotterdam, but not in London, where the companies trade volume is much bigger than in his country.

Thierry Baudet, the leader of the election's winner party, condemned the initiative, stating that the loss of billions of euros in exchange with the relocation of two headquarters and their tiny staff is completely extraneous to the interests of people, whose high tax load, also in relation to dividends of the local business, doesn't bother the government, which prefers to make advances towards foreign capital.

One way or another, surprising, even for the winners, victory of new right forces, points out not only distrust of the society in political elites, but also indicates its dissatisfaction with populist radicalism of old right in the face of Wilders. "Party for Freedom" lost half of the seats, reserving five, the result is undoubtedly disappointing for one the most provocative politicians, however, in alliance with "Forum for Democracy", Wilders and his movement will only reinforce the presence of nationalists in political life of the Kingdom. The only question that comes up is "what kind of right movement is the most demanded in the country of fragrant tulips and old windmills"?

Regardless the fact that the parties are based on the common beliefs, they focus on totally different segments of the electorate, jointly opposing the European Union, refugees, high taxation and russophobia. Wilders is a devoted populist, his mission is to ignite a spark amongst the wide masses of working class. Often employing vulgar and banal anti-Islamic rhetoric, he demands to ban the Quran and close all the mosques together with muslim schools. Thierry Baudet, on the other hand, seeks support from more educated sectors of the population, dreaming to revive the golden age of the 19th century Netherlands. Calling himself as a man of Enlightenment, Thierry shifts the focus from anti-Islamic sentiments to classical Dutch culture, which is expressed in the photorealistic masterpieces of Rembrandt, geometrically adjusted philosophy of Spinoza and, of course, black Pete, a dark skinned assistant of Sinterklaas (the Dutch Santa Claus).

Since "Forum of Democracy" has become a part of the senate, the party is planning to oppose immigration loosenings and green taxation on CO2. At the very end of the election day, Thierry Baudet quoted Hegel, saying "The owl of Minerva spreads its wings in the dusk", insinuating that only now it became apparent what direction the nation heads to.

The rest of the parties, predominantly of the left liberal cohort, lost influence in the senate. Progressivists from D66 as well as social democrats PvdA gave up several seats, while a party of ethnic minorities DENK, which participated in the provincial elections just like "Forum for Democracy" for the first time, couldn't make it to get into the senate.