Brenton Tarrant, the shooter from New Zealand's Christchurch, was not a lone wolf. The West has missed out an important point - the formation of organised Christian extremism. Tarrant killed  about 50 people in two mosques. At first glance, this crime is reminiscent to the that committed by Anders Breivik, who killed 77 in Norway in 2011. Breivik was a "lonely wolf", though. Is Tarrant another lone terrorist, or is he a member of an extremist group? 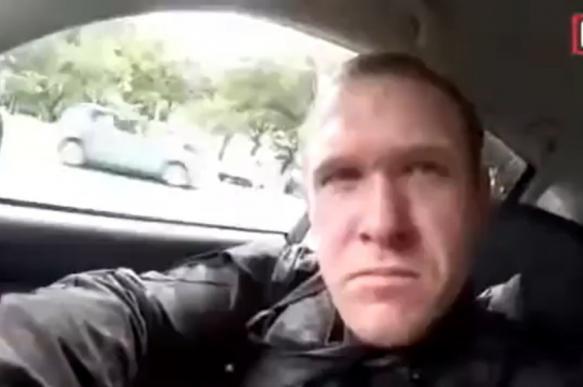 In his 74-page manifesto titled "The Great Replacement," Tarrant said that he comes from a working, low-income family. He moved to New Zealand from Australia to plan an attack that would reveal the truth about the "attack on our civilization," "that nowhere in the world is safe." "We must crush immigration and deport those invaders already living on our soil," he wrote. "It is not just a matter of our prosperity, but the very survival of our people."

By "invaders" Tarrant means Muslims. The killer described his attack as an act of "revenge on the invaders for the hundreds of thousands of deaths caused by foreign invaders in Europeans lands throughout history.

Here is an excerpt from the manifesto:

New Zealand is a country where it is not easy to buy automatic or semi-automatic weapons, which Tarrant used in his attack. One requires a license, which a person can receive after a number of thorough police inspections. It does not seem to be likely that the killer could obtain the license himself. It seems much more likely that the weapons were provided to him from local members of a criminal group.

It just so happens that the West has missed the moment of the formation of the organised protest extremist movement of white people with Bibles in their hands. It goes without saying that they have nothing to do with Christians and Christianity, just like those who kill in the name of the Quran. Such terrible crimes come as a radical act of protest against the policy of the global melting pot, multiculturalism and omnipresent tolerance.

Security Specialist Paul Buchanan told Herald.nz that Tarrant was a member of ultra-right communities on social networks. Another member of those groups shot parishioners at a synagogue in Pittsburgh last year. Buchanan believes that Christchurch is home to a very active community of white supremacists who have repeatedly attacked refugees and people of color in the last 20 years.

"New Zealand had succumbed to "the homicidal politics of confrontation that we see in the US and Europe," Buchanan said.

Dmitry Mosyakov, chief of the Center for Southeast Asia at the Institute of Oriental Studies of the Russian Academy of Sciences, told Pravda.Ru that  in Europe, tensions between migrants, most often from Muslim countries, and the local population are most often eased at courts. "In most cases, people would make some posters and hold a demonstration to say that they condemn violence. However, Australia and New Zealand is a patriarchal society, in which non-acceptance of migrants may lead to a terrible tragedy. When migrants tried to harass Australian women on the beach, all of Sydney was infuriated very quickly," Dmitry Mosyakov said.

In other words, the "Western periphery" has never become part of liberal policy of multiculturalism and tolerance. "Many believe that New Zealand is like heaven on Earth. It is really so, if you come to the country as a tourist. However, if you live there as a local resident, then you live in the environment that is exempt from global Western trends," the expert noted.

According to him, the Christchurch massacre will cause great and just riots in the Muslim world, because it is an absolutely unprovoked terrorist act: there is no Muslim extremism in New Zealand."

"At the same time, there were examples of such extremism in South-East Asia, for example, when Australians were killed in Bali explosions. This indicates deep contradictions inside the modern Western world. The liberal paradigm is not successful in regulating interethnic and inter-religious relations," concluded Dmitry Mosyakov.

We would like to add here that New Zealand, just like Australia and many other countries of the world, used to be a British colony. Anglo-Saxons had colonised those countries and did their best to exterminate indigenous populations. They colonise half of the world, use humans as slaves and then complain of immigrants and call them invaders.