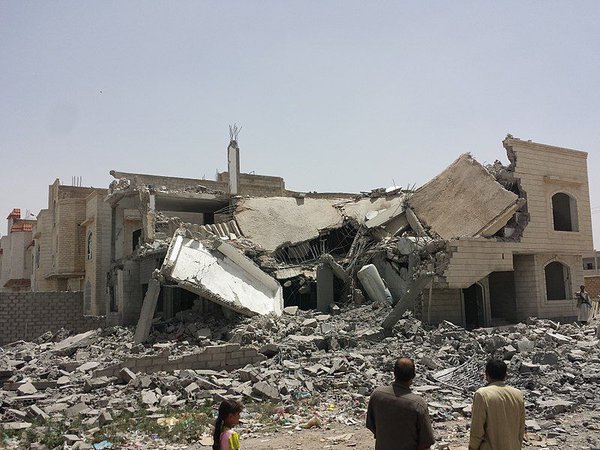 Since agreed on last December, ceasefire existed in name only. Fighting never stopped. It just ebbed around the key port city of Hodeidah before escalating, where things stand now.

Yemen is Washington's war, the Trump regime bearing most responsibility for what's going on, wanting endless war, not resolution - if otherwise nearly two decades of war would end.

The Saudis and UAE share responsibility for partnering with US aggression. There's nothing civil about war in the country, not in any countries Washington attacked.

Peace talks in Sweden last December achieved no breakthroughs, war raging without letup while going on.

The so-called agreement  reached between warring parties wasn't worth the paper it was written on. Saudi/UAE terror-bombing continued in parts of the country - with full US support, encouragement, and weapons supplied.

According to the New York-based International Rescue Committee (IRC), its board of directors stacked with monied interests, including Obama's Treasury Secretary Tim Geithner, the former US president at war on Yemen throughout his eight years in office, no-ceasefire/ceasefire is collapsing, saying:

For days, fighting in and around Hodeidah escalate, both sides accusing each other of violations - the Saudis and UAE to blame, acting on orders from Washington, my comment, not the IRC's.

The group saying last December's ceasefire is imperiled ignored what existed all along in name only.

Violence initiated against the Houthis effectively rendered the so-called ceasefire null and void. Reporting on fighting in and around Hodeidah, Al Jazeera said things agreed on in Sweden were never implemented, including no prisoner exchange or meaningful ceasefire.

Efforts by UN envoy for Yemen Martin Griffiths achieved nothing. Claiming momentum for peace in the country "is still there" was meaningless, deceptive rhetoric, adding:

"More than any time in the past, there is a political will demonstrated by all parties to put an end to this conflict. What we need to see now is the implementation of the provisions of the agreement, fully and rapidly."

Reality on the ground is polar opposite his assessment  because the Trump regime, calling the shots, wants endless war, not resolution.

Conditions for millions in the country are worse than in any other US conflict theater, the daily death toll mounting exponentially from war, starvation, untreated diseases, and overall deprivation - hundreds of thousands of civilians perishing over the last two decades, mostly during the last four or five years.

Oxfam's Awssan Kamal calls Yemen "a prison without walls" for its people, the country blockaded and terror-bombed daily. Millions of Yemenis have no safe havens.

They're severely malnourished, especially young children, countless numbers in the country at risk of perishing from starvation.

The official UN death toll greatly understates the casualty count, mitigating one of the world's greatest human calamities, courtesy of US imperial designs on the country and region.

Under Republicans and Dems, Washington is responsible for killing a nation and its defenseless people, victims of its imperial viciousness.