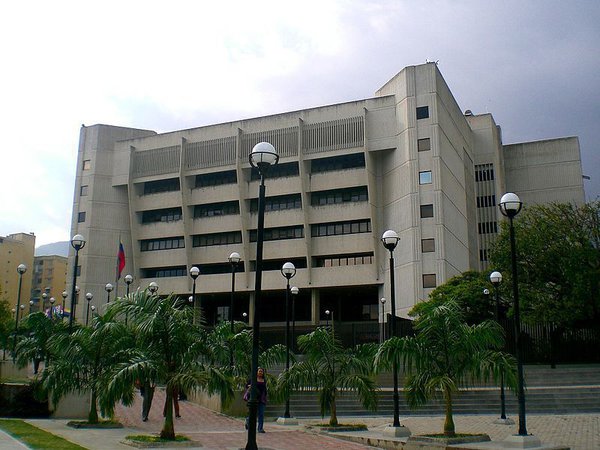 Venezuela's Constitution affirms the principles of what democratic governance is all about - based on fundamental freedoms, equity, justice under law, and the nation's sovereign independence.

Under the Constitution's Article 2, the judicial system is mandated to uphold the law of the land. The Supreme Tribunal of Justice is independent of other branches of government.

The Constitution established a legal framework for Chavez's vision for revolutionary structural change, based on participatory democracy serving all Venezuelans equitably, not just the privileged few the way things were before, how America and other Western societies operate.

The Constitution's preamble affirmed what Bolivarian social democracy is all about - "a democratic, participatory and self-reliant, multiethnic and multicultural society in a just, federal and decentralized State that embodies the values of freedom, independence, peace, solidarity, the common good, the nation's territorial integrity, comity and the rule of law for this and future generations," adding:

Venezuelan constitutional law "guarantees the right to life, work, learning, education, social justice and equality, without discrimination or subordination of any kind; promotes peaceful cooperation among nations and further strengthens Latin American integration in accordance with the principle of nonintervention and national self-determination of the people, the universal and indivisible guarantee of human rights, the democratization of imitational society, nuclear disarmament, ecological balance and environmental resources as the common and inalienable heritage of humanity."

The above principles are unimaginable in the US, European countries, and the vast majority of others.

Venezuela is world's apart from America's fantasy democracy, opposed to the notion of governance of, by, and for everyone equitably, never in the US from inception, embodied in Venezuela's Bolivarian Constitution and how the nation is ruled.

It's why Republicans and undemocratic Dems plotted to oust Chavez 20 years ago. Years of plotting failed to achieve their aim so far, wanting US-controlled fascist tyranny replacing social democracy.

What's in play by Trump hardliners is the most serious threat to Venezuela's sovereign independence and fundamental rights of its people.

Fact: Nicolas Maduro is Venezuela's democratically elected and reelected president. The nation's electoral process is scrupulously open, free, and fair - affirmed by independent monitors every time elections are held. Claims otherwise by the US and press agent media are bald-faced Big Lies.

Fact: Juan Guaido is a US invention, a designated puppet, a nobody with zero credibility, plucked from obscurity to prominence, a right-wing extremist, a figure flagrantly violating international and Venezuelan constitutional laws, a usurper guilty of sedition or treason, the latter offense more serious.

Everything going on in Venezuela was planned and orchestrated in Washington - by Trump regime hardliners, likely together with the CIA and National Endowment for Democracy, charged with working to eliminate it wherever it exists.

Congress, the executive branch, and courts do the same thing domestically - enforcing governance of, by, and for the privileged few alone, others exploited to serve their interests.

On the same day that Washington illegally recognized Guaido as interim (puppet) president, Venezuela's Supreme stepped up to the plate, annulling his position as National Assembly head. They went further.

In defense of rule of law principles and national sovereignty, High Court justices

ordered an investigation into Guaido, froze his assets, and banned him from leaving the country until completion of the probe. Court President Maikel Moreno tweeted the following:

"The Supreme Court in its decision from January 29 ruled to take the following precautionary measures against Juan Gerardo Guaido Marquez: prohibition of leaving the country without an authorization until the investigation is completed; prohibition of alienation and pledge of property; blocking of bank accounts and/or any other financial instrument on the Venezuelan territory."

The same goes for Trump regime hardliners. No nation or its officials may legally interfere in the internal affairs of other countries except in self-defense if attacked - and only permitted to take this action if authorized by Security Council member states.

Venezuela's military supports the country's sovereignty, constitutional law, and Maduro as legitimate president of the republic.

He ordered the creation of around 50,000 popular community defense units, charged with the "integral defense of the fatherland." It's unclear if they'll be armed for self-defense against possible US military action.

According Russian Institute for Strategic Studies (RISI) analyst Igor Pshenichnikov, "Maduro has visited many military units, where the officers and rank-and-file personnel vowed allegiance to the head of state," adding:

The US "blitzkrieg failed" to achieve quick results. "It looks like the situation is entering into a prolonged war of nerves." Guaido's call for street protests no longer is generating mass demonstrations.

Maduro's survival depends on popular and military support, along with international backing from enough countries, recognizing him as Venezuela's legitimate president, rejecting Guaido and the US coup attempt.

Guaido is illegally back by an array of US vassal states, notably most Latin and Central American countries, EU states, Australia, Canada and Israel. Polls show the vast majority of Venezuelans oppose US sanctions and military intervention.

Battle lines are drawn. Going up against imperial America is a struggle against long odds. Yet Venezuela prevailed over US predations for 20 years, Iran for 40, Cuba for 60.

Maduro is on the right side of history, his cause just, deserving universal popular support against the Trump regime's aim to gain another imperial trophy the old-fashioned way - by coup d'etat against a democratically elected sovereign government.

He'd be greatly helped by Sino/Russian denunciation of what's going on, vowing to aid Venezuela preserve and protect its sovereignty - beyond rhetorical support alone, accomplishing nothing.

US intervention "brazenly violat(ed) all imaginable norms of international law and actually openly pursuing the policy aimed at overthrowing the legitimate government in that Latin American country," adding:

"Together with other responsible members of the international community, we will do everything to support President Maduro's legitimate government in upholding the Venezuelan constitution and employing methods to resolve the crisis that are within the constitutional framework."