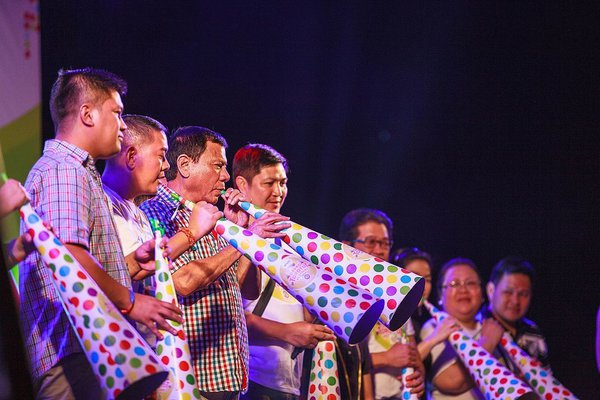 BAGUIO CITY, Philippines - While the president of the country is announcing his plans to create his Duterte Death Squad (DDS) that he claims to go against the partisan units or "sparrow units" of the New Peoples Army (NPA) and kill them in cold blood, the Cordillera Human Rights Alliance (CHRA) remembers two human rights defenders who were extra judicially killed after they were politically vilified as "enemies of the State".

The NPA is the armed wing of the Communist Party of the National Democratic Front of the Philippines (CPP-NDFP) waging a revolution to change the Philippine societal system for over 4 decades. President Rodrigo Duterte in one of his speeches announced his plans to create death squads to assassinate presumed communists.

On November 28, 2005, Jose "Pepe" Manegdeg III was waiting for a bus at the highway of San Esteban, Ilocos Sur when assassin shot him 22 times. He just came from a paralegal training where he is one of the speakers that day and he was about to fetch his wife who is arriving from Hongkong at an airport. Manegdeg from Pagudpud, Ilocos Norte is a church worker of the Rural Missionaries of the Philippines (RMP).

The next day, November 29, 2018, Albert Terredano of the Abra Human Rights Advocates (AHRA) and the Confederation for Unity Recognition and Advancement of Government Employees (COURAGE) was on his way to his office at the Department of Agrarian Reform (DAR) in Bangued, Abra when suddenly he was shot by unidentified motorcycle-riding gunman. He was rushed to the town's hospital but expired moments later.

According to CHRA, Manegdeg and Terredano was murdered as per state policy of killing activists under Oplan Bantay Laya during the reign of Gloria Macapagal-Arroyo. The rights group stated that prior to their killings, they were vilified in different disinformation campaigns patterned after the (AFP)Armed Forces of the Philippines' "Knowing Your Enemy" and "Trinity of War".

"Both persisted in their work despite threats to their lives. Pepe, as a missionary, worked and lived with peasants of Ilocos to uplift their conditions as a testament to his faith. Albert Terredano, as a government employee with the DAR and a human rights worker, saw to it that the interests of the farmers of Abra were given due attention as he fully embraced the activist commitment to serve the people. Both cases and the more than a thousand killings under the rule of then President Gloria Macapagal-Arroyo have not seen justice. Both are remembered today as President Rodrigo Roa Duterte unleashes words to strike at legitimate political dissent in his order to create a 'death squad' against 'suspected members of the NPA's sparrow units' and even "tambays" (loiterers)," stated CHRA.

CHRA stressed that the two were silenced because the State wanted to send a message to the people who were critical about policies imposed by the government. "There is no room for dissent," the group stated. The group condemned the same fascist framework and course of action being replicated and legitimized by the Duterte administration at present.

"The killings that happen everyday compel all of us to rise above the fear the State intends to create as they try to ram down unjust economic and political policies down our throats. If we are to remember victims of extrajudicial killings and pay tribute to their sacrifices, we have to work for justice, we must strive to keep human rights violations from happening incessantly, we have to make our voices collectively heard as the number of orphans, and families losing their loved ones grow by the day. State attacks against human rights have to end," CHRA ended.