Washington pretends that the melting of the Arctic ice opens up new horizons for USA's military competition with Russia and China. However, the United States is not ready to pass a milestone like this.

The United States could not help but notice Russia's growing military presence in the Arctic. Given the fact that the Americans take a strategic position in the region by controlling the Bering Strait, the prospect to cause even more trouble to Russia looks attractive. "Certainly America's got to up its game in the Arctic. There's no doubt about that. ... It's cited as an area of concern with our national security strategy," US Secretary of Defence Jim Mattis acknowledged during his visit to Alaska in June of 2018.

Who aspires to be in the Arctic?

The agreement from 1920 divides Arctic waters between the USSR, Norway, Denmark, the USA and Canada into five sectors. The situation in the Arctic is governed by the Arctic Council. Russia owns more than a half of all unexplored reserves of oil and gas in the region. Russia can also  quickly launch offshore exploration and production. These interests need protection, and Russia has been protecting them lately quite successfully.

China is actively involved in the development of the Arctic as well. Beijing hopes to profit from  a shorter route to the Atlantic via the Northern Sea Route than via the Suez Canal. This route has been in use lately in connection with the melting of the Arctic ice. China is a member of the Arctic Council; the country strives for the international status for the region, as with Antarctica.

Journalist Dan Lamothe penned an article for Stars and Stripes website, in which he describes his experience of staying in the strategic town of Unalaska in the Aleutian Archipelago of Alaska.

"Army helicopters began flying in and out of the scraggily wilderness near this fishing town in August, surprising even the mayor," the author wrote. The helicopters were testing new radar sensors, known as the North Warning System. The system ensures navigation over water and landing in mountainous areas. That is all Lamothe had to say about the activities of the Pentagon in the region, let alone the voyage of the USS Harry Truman above the Arctic Circle in October - for the first time since the end of the Cold War. 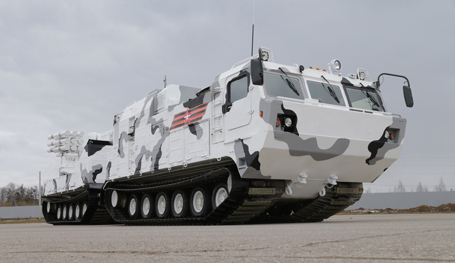 "Russia, on their side of the Arctic in sort of the Northern Sea Route, is investing heavily in commercial infrastructure and in military infrastructure," Lamothe quoted Vice Adm. Linda Fagan, who oversees Coast Guard operations in the Arctic and Pacific. "Russia has more than 40 icebreakers - the U.S. military has two working ones - and stationed more troops in the region," Dam Lamothe also noted in the article.

In accordance with the new national defence strategy of the Pentagon, the plan to counter Russia and China in the Arctic stipulates for the deployment of more fighters in Alaska, expansion of military partnerships with northern countries and developing a new class of military icebreaking vessels.

Indeed, US Congress has recently approved the financing of the project for the construction of six new polar icebreakers. However, the ships are to enter service only in five or six years.

US Air Force plans to deploy two squadrons of advanced F-35A fighter jets in Alaska by 2022 to complement two squadrons of F-22 Raptor jets. "When the wind is blowing at freakin' 30 miles per hour, it's dark 24-7, and it's minus-20 degrees Fahrenheit, and you've got to put your gear in your pack, get out of your rack, get out of your sleeping bag, get outside the tent and go do something - everything is hard," the article quotes Col. John Carroll, the deputy commander of Marine Corps Forces Europe.

"The town processes the largest volume of commercial fishing in the United States each year, with the company UniSea operating hotels, bunkhouses and bars there. ... Unalaska ... has struggled with unemployment, alcoholism and bar fights," the author concludes hoping that the arrival of US troops in the area would liven up the town.

USA is not an Arctic power

First Rank Captain Mikhail Nenashev, chairman of the All-Russian Movement for Fleet Support, told Pravda.Ru, that the United States is not an Arctic state. The USA is involved in the Arctic region only thanks to Alaska. For us, this is not a question of chess - this is a natural habitat. We've been living here for more than a thousand years, and the Arctic has always been a basis of life for us. We need to develop the Arctic region as hard as we can. For Russia, the development of the Arctic region stands for the development of territory - this is not an issue of military rivalry with anyone," Mr. Nenashev told Pravda.Ru.