Argentina hides the truth about the death of San Juan submarine

Relatives of those killed on board the sunken San Juan submarine suspect that the government of Argentina is hiding from them the truth about the death of the submarine. 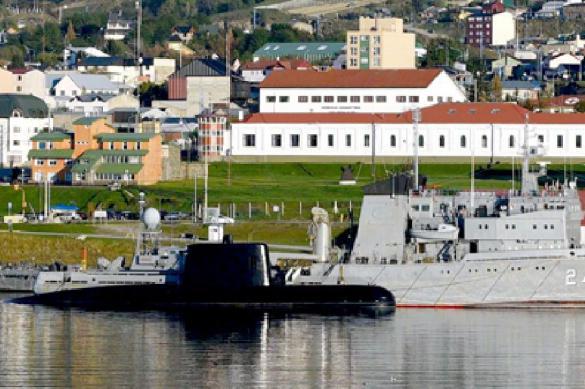 "They (in the government) knew, they hid the truth from us, because they thought that we would forget, they were never interested in our drama," infobae.com wrote. The San Juan submarine was found by US-based company Ocean Infinity at a depth of about 900 meters, 15 kilometres off the site of the alleged explosion that took place on board the sub. The submarine was found one year and three days after the tragedy. On board the San Juan submarine, there were 44 crew members. The rescue operation officially ended on November 30, 2017.

Relatives of the victims believe that the submarine should be raised to the surface. However, Defense Minister of Argentina Oscar Aguad said in an interview with Radio Miter that it would be technically impossible. According to him, an operation like this would cost as much as a "flight to the moon." As long as the level of poverty in Argentina reaches 30 percent, it would be "absurd" to spend (an estimated) $4 billion to retrieve the submarine, Aguad said.

The official said that the explosion and the impact with the bottom of the sea caused serious damage to the submarine. The Defence Minister of Argentina believes that the submarine would fall into pieces if one tries to retrieve it.

According to Infobae, as many as 65,000 high resolution photos of the submarine made from all angles are going to available in the nearest future. The photos will make it possible to either cast aside or confirm speculations about the cause of the accident. According to one of the theories, it was a British submarine that attacked and destroyed the San Juan.

The discovery of the submarine has unveiled a few "inconsistencies." For example, how can one explain the fact that the sub was found where it needed to be searched for from the start - that is, on the fairway of its way home to the port of Ushuaia, just 15 kilometres from the site where the explosion occurred?

Some people believe that the government of Argentina knew where the submarine sank and used the rescue operation to distract public attention from the economic crisis in the country. However, a year later, the government publicised the tragedy as an achievement. Another theory suggests that Ocean Infinity stumbled upon the submarine by accident, doing oil exploration works in the territorial waters of Argentina. In other words, the government was not looking for the submarine intentionally, Infobae said.

After the wreck of the Russian Kursk submarine, there were significant changes made in the international search system. In 2003, the International Submarine Rescue Communications Service was established. The new organisation made it possible to avoid delays in requesting help from third countries, as it happened to Kursk.

In 2000, Norwegian divers started rescue operations only eight days after the accident. They managed to enter the sub during the 21st day. Russia had to pay about $65 million to raise the Kursk from the seafloor.

After the disappearance of the San Juan submarine, the rescue procedure was started immediately. The Yantar, a Russian vessel, took part in the operation.

Igor Britanov, the commander of the K-219 submarine, which sank in 1986 in the waters of the Atlantic Ocean, told Pravda.Ru that the Argentinians would not be able to raise the submarine alone. "They will have to pay money to someone for this, but the question is whether Argentina is interested in it. In the long run, they can use a deepwater submersible to explore the submarine and leave it on the bottom of the sea as a military burial," said the submariner.

It is worthy of note that Admiral Vladimir Valuyev, former commander of the Baltic Fleet (2001-2006), told RIA Novosti that Russian specialists could assist Argentina in the operation to raise the San Juan submarine from a depth of up to 5,000 meters. "In any case, in 1968, the Americans raised the Soviet K-129 submarine from a depth of 5,500 meters," the admiral said.