Kuril Islands dispute between Russia and Japan: The impossible is impossible

When on a state visit to Singapore, Russian President Vladimir Putin promised to revisit the discussion of the 1956 Declaration between the USSR and Japan regarding the issue of the peace treaty with Japan. 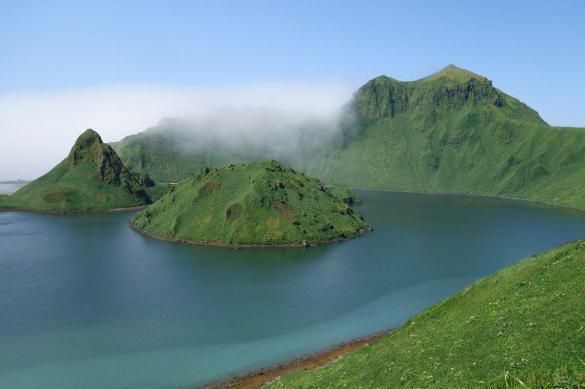 In particular, Vladimir Putin confirmed that the Soviet Union was ready to deliver two islands of the Kuril chain to Japan as per the terms of the declaration. The declaration did not specify on what grounds the islands could be transferred and the sovereignty of which country would be established over the islands. The document only declared the readiness of the USSR to deliver the islands to Japan. The Supreme Council of the USSR and the Japanese Parliament ratified the document, but  Japan later refused to fulfil the terms of the agreement.

Naturally, both the opposition community and the media saw Putin's remarks as Russia's readiness to deliver the Kuril Islands to Japan, especially against the backdrop of Shinzo Abe's promises not to deploy US military bases on them should Russia give the islands away to Japan.

The 1956 declaration said that the peace treaty between Russia and Japan could be concluded after the delivery of Khabomai and Shikotan islands to Japan. Japan had refused to sign the declaration because of the wish to receive more than just two islands. Ideally, Japan would like to have the whole Kuril chain in exchange for the peace treaty.

As for military bases, the situation is tricky here too. Japanese Prime Minister Abe promised that US army bases would not appear on the islands once they become part of Japan. However, back in 2016, Syotaro Yati, the head of the Security Council of Japan, said something completely different to his Russian counterpart Nikolai Patrushev (Secretary of Russia's Security Council). To crown it all, politics, especially when it comes to major international affairs and disputes, excludes promises. The Russian administration has learned quite a few of such lessons on the example of Iraq, Libya, Syria, and NATO's eastward expansion, which Putin frequently refers to in his remarks.

It is worthy of note that the absence of the peace treaty between Russia and Japan is not an obstacle either to full-fledged diplomatic relations or cooperation in any other area.

In fact, the parties are satisfied with such a state of affairs. In 2017, the Russian government established an advanced economic development zone on Shikotan Island and assigned Shikotan to the territory of special economic cooperation between Russia and Japan.

Many in Russia assumed that Russia was fully prepared to give the islands away. However, the Japanese government did not like the economic moves from their Russian counterparts, because the  economic zone was formed within the framework of the Russian legislation. The Japanese wanted  separate agreements and a separate legal framework for the purpose. Nevertheless, the Kuril Islands are a Russian territory that live solely under the rule of the Russian legislation.

In Singapore, Putin and Abe could not but revisit the topic of the territorial dispute between Russia and Japan. If Shinzo Abe had not talked discussed that with Putin, he would have faced criticism in Japan. The 1956 declaration is vague indeed, but the Kuril Islands still remain Russian.