Russian President Vladimir Putin spent three days in Singapore, which is a lot for president's visit to a foreign state. What is Russia looking for in the Asian country? 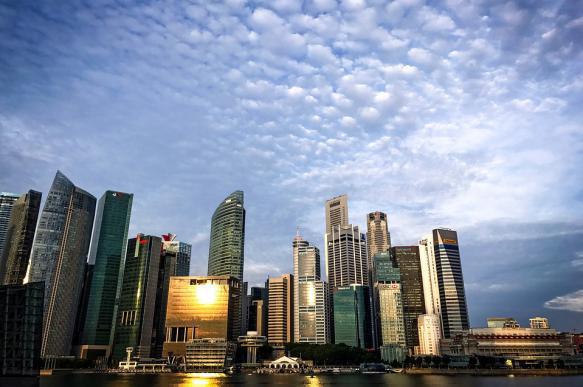 Vladimir Putin has been trying to strengthen Russia's ties with Southeast Asia lately. This is beneficial to all parties, Nikkei Asian Review wrote. After the meeting with the leadership of Singapore, Putin attended the East Asian Summit (EAC) and the Summit of the Association of Southeast Asian Nations (ASEAN). The EAC includes ASEAN countries plus eight more states, plus Russia, China, the United States. In addition, Putin held personal meetings with the leaders of Indonesia and Malaysia.

According to Nikkei Asian Review, Putin wants to increase arms trade and develop energy projects with the region, in which Beijing and Washington also want to expand their influence. Moscow is looking for new partners to compensate for the losses that the country suffers because of Western sanctions, the publication said.

According to the Stockholm International Peace Research Institute (SIPRI), Southeast Asia accounted for 12.2 percent of arms shipments from Russia from 2013 to 2017. One can already say that Russia has become the region's largest arms supplier. Ten years ago, the indicator was 6.2 percent, the article says.

At the same time, Southeast Asia would like to strengthen its defence capabilities in light of the dispute over the islands that China has been building lately in the South China Sea. The struggle against terrorism is also an issue, and Russia would be happy to increase arms exports.

For example, Indonesia is negotiating the purchase of Russian Su-35 fighter jets, while Vietnam bought six Russian submarines in 2017. The Philippines, an ally of the United States, also received weapons from Russia in 2017, having received a signal of displeasure from Washington.

Russia discusses an energy project with Indonesia to build a refinery that will become a joint venture between Indonesia's state-owned oil company, Pertamina, and Rosneft, a Russian state-run oil company. It is expected that the investment in the project will exceed $8.8 billion.

Thailand is happy to cooperate in tourism. The number of Russian tourists in Thailand in 2017 increased by 23 percent and rose to 1.35 million people in comparison with the same period of last year.

According to the data from the Russian government, the trade volume between Russia and ASEAN member countries reached $18.3 billion in 2017, which is about 30 percent higher than a year earlier. The above-mentioned publication also suggests that Russia's cooperation with ASEAN countries will give Moscow an opportunity to "closely monitor China."

Also read: Russia sells arms to Asia to maintain peace in the world

Rodrigo Duterte, the President of the Philippines, called Putin "his personal hero." "For authoritarian regimes of the region, such as Cambodia, Russia looks a more attractive partner than the United States or European countries that emphasise the importance of human rights and democracy," the article in the publication said.

Maria Osipova, an economist at the Centre for the Study of Southeast Asia, Australia and Oceania, told Pravda.Ru that we are witnessing major geopolitical changes in Russia's history since 2000.

In her opinion, Russia and Singapore can fruitfully cooperate in the field of cultural exchange, financial integration and IT-technologies. "We have talented programmers, and they have experience in government regulation in this area. Under the current conditions of sanctions, Russia simply has no choice but to expand its influence in the East and look for new partners there. In Southeast Asia, people like and respect not only the Russian language, but also the Russian culture. When Nicholas II, not yet being the crowned king, traveled to Thailand, he began his journey in Singapore," Maria Osipova told Pravda.Ru.

Russia back in the Middle East, seriously and forever