The world ready to help Iran circumvent US 'revolutionary' sanctions

The second package of US sanctions against Iran came into effect on November 5. At the same time, eleven Iranian tankers disappeared from the international tracking system. What else can Iran come up with to circumvent the sanctions? 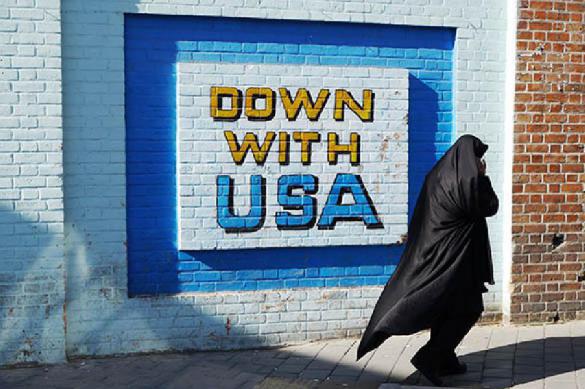 The US sanctions against Iran prohibit purchasing Iranian oil. Washington made an exception for several countries - China, India, Italy, Greece, Japan, South Korea, Taiwan and Turkey. The sanctions also prohibit the entry of tankers into Iranian ports. The chartering of Iranian ships was also prohibited. The sanctions were imposed on dollar deals between foreign banks and the Central Bank of Iran. To crown it all, Iran was banned from accessing the currency that the country keeps in foreign accounts.

On November 6, the Society for Worldwide Interbank Financial Telecommunications, SWIFT, suspended several Iranian banks from accessing to its messaging system in the interests of stability and integrity of the broader global financial system.

Vladimir Fitin, the head of the Center for the Near and Middle East, told Pravda.Ru that Iran has a rich experience in the struggle against sanctions. Teheran is used to living under strict economic sanctions. "When the United States decided to exit the Iran deal, the EU expressed its opposition to the sanctions, let alone China, Russia and other key Iranian partners, such as India, Indonesia, South Korea and Japan.

According to Vladimir Fitin, Europe and other countries will set up new companies to circumvent the sanctions. They will be the companies that have no official affiliation with parent companies that are strongly linked to the American market.

"Russia can hardly use the Iranian experience, because the West has not imposed sanctions on the Russian oil sector. Russia still insists on the need for the Iranian nuclear deal, as well as on the need to continue cooperation with Iran," the expert told Pravda.Ru.

The US Treasury had imposed sanctions on more than 700 Iranian individuals and organizations, including the National Oil Company, 70 financial organizations, 50 Iranian banks, as well as Iran Air airline and 67 of its aircraft.

Prior to the introduction of the second package of sanctions, Iran produced 3.5 million barrels of oil per day and exported 2.5-2.6 million barrels with China and India being its largest buyers. According to US Secretary of State Mike Pompeo, the goal of the sanctions is to force Tehran to stop supporting Hezbollah, Hamas, insurgents in Yemen and militia in Iraq. The US also wants Iran to withdraw its troops from Syria.

Meanwhile, the European Union intends to create an alternative of the SWIFT payment system for Iran to help countries buy oil from Iran bypassing US sanctions. China, for example, has its own payment system, which was put into effect in 2012.

The real goal of the sanctions is plain to see: the Americans want to put pressure on the Iranian people, to orchestrate a "color revolution" in the country and topple the "anti-Zionist" regime. However, the Iranians are a consolidated nation, and they have never succumbed to external pressure in 40 years of history of the Islamic Republic of Iran.

It was noted that eleven Iranian supertankers disappeared from satellite tracking systems after the announcement of the second package of sanctions - the tankers deactivated their satellite transponders.

Iran deal signed to cause damage to Russia?
17:57
Zelensky won't negotiate with Russia while Putin is president
16:20
Putin signs agreements incorporating DPR, LPR, Kherson and Zaporozhye regions into Russia
15:39
Putin delivers landmark speech in the Kremlin
15:15
Lukashenko: If Europe wants it, the war may end in a few days
14:54
Ukraine and the West may force Russia to use tactical nuclear weapons
13:33
Russia to take control of entire Donetsk People's Republic within its 2014 borders
19:02
Mobilised citizens to control and defend new Russian territories
15:49
Senator Valentina Matviyenko: Let the whole world wait till October 4
15:06
New Russian territories to require new Russian Constitution
14:36
Russia pays attention to Poland's 'Thank you, USA' remark after Nord Stream accidents
Columnists
Why was it important for Biden to start war in Ukraine?