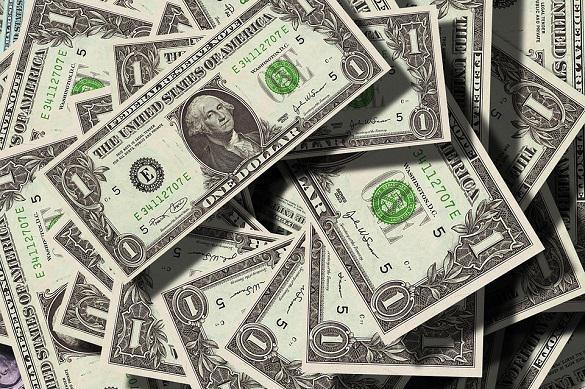 The aphorism by Russian prominent historian Vasily Klyuchevsky sounds simple only at first glance. In fact, there is a huge meaning hidden inside it. Indeed, our understanding and knowledge of history determines a lot in our thoughts and actions, as well as in our attitude to the world around us.

The war on monuments that has broken out in the world, from the Taliban movement and the ISIL* terrorist group to Poland, the Baltic States and the USA, gives a lot of food for thought.

One is led to believe that the war on monuments comes as a well-designed and well-organised campaign, the goal of which is obvious: someone very powerful and influential wants nations to forget their past and accept the life as it is just because this powerful being, who lives at the expense of others and brainwashes them, wants that to happen.

This backstage game has affected Russia at a great extent too. This can be clearly seen in the current discussions on the centenary of the Great October Socialist Revolution.

For some reason, they "re-baptized" Nicholas the Bloody into Saint Nicholas. Why don't the "developed" English and the French do the same to Carl Stewart, King Louis and Marie-Antoinette?

Why it is necessary to turn a blind eye on Russia's involvement in the First World War, which claimed millions of lives and caused so much suffering to millions of others, especially if WWI triggered all revolutions and wars of the last century, as well as those that continue to this day.

World War I was an imperialist war for the political and economic division of the world. The war ended with the Versailles Peace Treaty, which led to the plundering and humiliation of the German people. The outcome of the war backfired with the rise of Nazis to power.

At the same time, the victorious powers saw the collapse of the Russian empire, caused by the feebleness of the autocracy. They saw a new prey and launched a series of interventions against Russia under various pretexts.

The outcome of the First World War gave an incentive to the next war. The German capital and Japanese militarists wanted another redivision of the world. However, WWI victors did not want to fight. Instead, they decided to support Nazis.

In fact, World War II started earlier than in 1939 or 1941. The war began when Germany invaded Austria. In Asia, the war started back in 1931, when Japan invaded China, and Italy seized Ethiopia  in 1936.

When it came to Poland, with which Britain and France had a relevant agreement concluded, they had to declare war on Germany.

Their ultimate goal was to set Germany against the USSR and profit from it. This explains the behaviour of so-called allies in 1941-1945. Their troops would go anywhere, but never against Germany. They fought where the USA started showing its imperialistic essence after the death of the USSR.

They went against Germany only when they realised that they could plunder the weak and exhausted Germany because the outcome of the war was clear. Therefore, World War II could not end in 1945 for English and American imperialism, because the goals set by the ruling circles of the United States and the British Empire had not been achieved.

The statement about the beginning of WWII - Germany's attack on Poland - is a big understatement, just like the assertion about the Great Patriotic War being the war between fascism and communism.

To some extent, the war against the USSR was a war of ideologies, but that was not the point. The war, which ended for us with the capitulation of Germany in 1945, was the war for the survival of the peoples of the Soviet Union prior to the attack of imperialist predators.

Unlike the First World War, the Second World War did not end with the conclusion of peace treaties. In reality, the act of Germany's unconditional surrender led to its occupation by victorious powers.

The Anglo-Saxons were not happy with that. In his Fulton speech, Churchill declared the continuation of the Second World War for Anglo-Saxon world domination.

Not so many people resort to that speech these days, but they should. Here is what the then leader of the USSR had to say on the subject:

"It should be noted that Mr. Churchill and his friends are strikingly reminiscent of ... Hitler and his friends. Hitler began unleashing the war by proclaiming the racial theory. He announced that it was only German-speaking people who could represent full-fledged human race. Churchill also started  unleashing the war from a racial theory by claiming that it was only English-speaking nations that could be referred to as full-fledged nations that could stay on top of world affairs." (Joseph Stalin).

World War II entered a new phase, which was called the Cold War. USSR's attempts to reach an  agreement at the Helsinki Conference did not help to end the war either.

The act adopted at the conference and the establishment of the OSCE became a new good cover for the imperialists. It was a frank surrender, which, after Gorbachev's betrayal, ended with the collapse of the USSR and the Warsaw Pact.

The USA then took Europe under its occupation and started spreading obvious lies about NATO - the alliance that serves as a unit of the American army commanded by an American general.

That is why the so-called European Union does not dare to utter a word in defence of its legitimate economic and political interests. The institution called the G7, is, in fact, the crime boss (US) and its six stooges.

This pretext is then used to topple governments and ruin statehood and sovereignty with looting and robbery adding to the big picture nicely.

In order to commit such actions, one needs to prove it to others that exterminating people and seizing the riches of other nations is a noble cause that comes in line with the needs of the "developed" and "civilized" international community. All these lies are called information warfare.

Economics and finance come as a second theatre of operations, where the main weapon is money, and where people are zombified to believe that the purpose of human life is money and nothing else but money.

The United States became the last country in the field of the expropriation of the population, where Roosevelt confiscated gold coins on January 1, 1933. Gold and its equivalents were used in foreign  economic turnover until 1971, when Nixon ended the convertibility of the US dollar into gold. The decision launched the era of plundering of not only citizens and businesses, but of whole nations.

The procedure is simple. Instead of money, all countries use banks' "liabilities" in the form of bank accounts and banknotes issued by Central Banks.

Therefore, the most important question that every sane person should ask themselves is how banks are going to be responsible for their liabilities. It's plain to see that you need to purchase goods, services and property - this is the answer. You offer debt liabilities of your bank to the seller for the goods that you buy. As they say, one hand washes the other, and they call it money circulation.