Putin and Trump will be looking for Xi Jinping in Paris

Vladimir Putin and Donald Trump are going to meet in Paris on November 11? Is the meeting going to be incidental? Rumours about the imminent death of globalism, predicted during Valdai Club sessions, turned out to be half truth. Globalism will remain, but it will take a new shape. This is the main intrigue of the Paris summit. 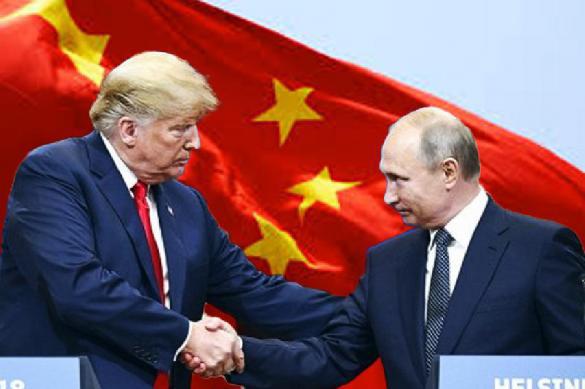 What does November 11 mean for France, Russia and the USA?

The new full-fledged meeting between presidents of Russia and the United States will be held in Paris on November 11. The meeting will be held as part of celebrations of the centenary of World War One.

During WWI, France and Russia were allies against Germany, Italy and Austria-Hungary. The war continued from 1914 to 1918 and claimed the lives of 18.6 million people, including soldiers from the Russian Expeditionary Corps, who defended the Champagne-Ardenne region together with the French troops. On November 11, 1918, an agreement was signed to put an end to hostilities. The papers were signed in the train carriage of French Marshal Ferdinand Foch, in the Forest of Compiegne 80 kilometres north of Paris. Since then, France annually celebrates this date as the day of the end of the First World War.

Yuri Rubinsky, the head of the Centre for French Studies at the Institute of Europe at the Russian Academy of Sciences, told Pravda.Ru that the day of November 11 for the French is like May 9, or Victory Day, for the Russians. Macron is taking an initiative to improve his image by organising major celebrations in France. Macron's ratings in France have declined due to unpopular reforms.

Vladimir Putin and Donald Trump accepted Macron's invitation, but this is not just an opportunity for them to meet again. Trump wants to emphasise the role of the United States that had sent an expeditionary corps to help France, and Putin has long wanted to rid WWI of "imperialistic" labels. According to Putin, WWI was a patriotic war for Russia. "Despite the Brest peace, according to which Russia deserted from the camp of the allies, Russia had lost more people in that war than France - more than two million people," the expert told Pravda.Ru.

The event, which Putin and Trump ate going to attend, will be called the "Paris Peace Forum and Global Governance." "Macron does not believe that globalism is over with. He invited the leaders of 80 countries and 900 delegates, whom he asked to bring projects and plans for solving global problems, such as climate, environment, demography, medicine, international relations, security, etc. Most likely, Chinese President Xi Jinping is coming as well.

If the Chinese president arrives, Putin may try to persuade him to meet in a trilateral format to consider the INF Treaty issue. John Bolton announced during his visit to Moscow on October 23 that the United States was pulling out from the treaty because Russia had been violating it, while  China, Iran, and the DPRK had been creating such missiles thus posing a threat to the United States.

According to US-based publication The Diplomat, the goal of the pullout is the remilitarisation of the Russian-Chinese border. Moscow is concerned about China's missile potential, and as long as the INF Treaty is nullified, Russia will rebuild its ground-based missile systems in the Far East. In particular, it goes about Novator 9M729 missiles (NATO reporting name SSC-8) installed on Iskander complexes, the publication said.