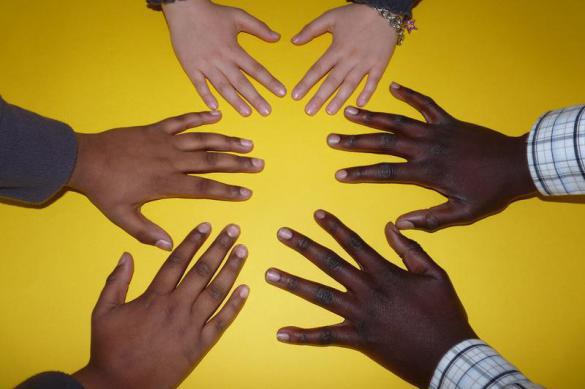 In the United States, one can make good jokes without a prospect to become an outcast only in relation to people with white skin.

Megyn Kelly became known in Russia after her participation as a moderator of an international forum, in which President Vladimir Putin took part. Later, the journalist held an extensive interview with the President of Russia.

Megyn Kelly was fired because of her remarks that she made in her morning show, when she expressed concerns about the issue of political correctness. Kelly was outraged about the fact that it was not allowed to make jokes about people who put on the so-called blackface makeup. "You do get in trouble if you are a white person who puts on blackface for Halloween, or a black person who puts on whiteface for Halloween," she said. "Back when I was a kid, that was okay as long as you were dressing up as, like, a character."

It appears that if a white artist is invited to play Othello, then he may find himself in big trouble in the US. It brings up an episode of "Police Academy" comedy, when humour was perfectly acceptable for the topic of inter-racial relationship. At one point, when a white character was covering his face with black camouflage paint, his black colleague was covering his face with white camouflage paint. These days, such a scene in a TV show or a motion picture would be criminal.

The game of tolerance makes its own adjustments in theatrical productions in the countries that have undermined common sense. I would understand the choice of a black actress for the role of Anna Karenina in an African country, but in today's Europe or the United States, political correctness and tolerance interfere in art more powerfully than artistic councils used to do in the Soviet Union.

Posters with dark-skinned Anna Karenina, the character of Leo Tolstoy's classic, went viral all over the Internet. In fact, that picture is not funny at all. It evokes the feeling of numbness and sympathy for those who have to take part in the theatre of the absurd.

I would not be surprised if the pandemic of political correctness will create a global campaign to rename the racist Black Sea. It is worthy of note that it used to be called the Russian Sea. One is left to wonder whether Africans are uncomfortable with the ways some African countries are called - for example, Niger or Nigeria. Is that racist? If it is, then one may assume that the game of chess is the most racist game in the world, because chess pieces are black and white. It's also curious how people in Western countries prefer to avoid the word combination "black and white" in public domain and replace it with "salt and pepper" instead.

As for political correctness, this is always one-sided struggle: white people always have to apologise just for being white. This is reverse racism at its finest that people do not seem to notice.

For some reason, politically correct activists do not offer the role of Martin Luther King or Nelson Mandela to a white actor - just for the sake of mutual triumph of political correctness and tolerance.

The term 'political correctness' per se has replaced the concept of tact, relevance, subtlety and propriety. Political correctness, in fact, has become the embodiment of legal and encouraged hypocrisy at the festival of the absurd.

It does not go about the need for one race to have an advantage over another. It goes about the loss of the sense of reality against the background of the matrix that spin doctors have created to manipulate mass consciousness.

We have seen this before in the issue of homosexuality, when they made a fetish of sexual orientation. These days, they are doing the same to the issue of racism. One can see the fruits of perverse tolerance in Europe when they put down traditional Christmas trees, say "Season greetings!" instead of the good old "Merry Christmas!" just because native Europeans are not supposed to somehow insult migrants.

The era of reverse racism started when people stopped using academic names of races. You see, it is not politically correct to say such things as "Negroid", "Mongoloid" and "Caucasoid."