Why Russian economy is stronger than US economy

Any economy of any country of the world always has chances to decline and collapse. However, there is a big difference in how Russian and US economies may collapse. 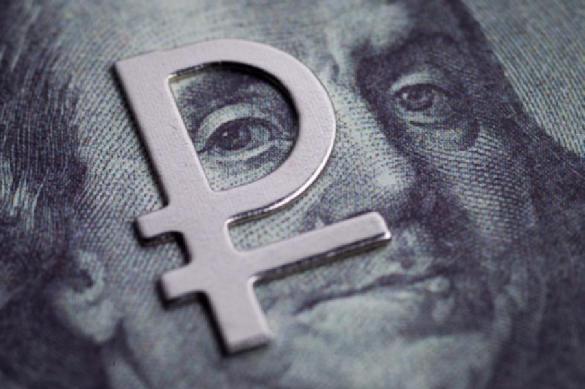 Russia has become the second emerging market after China from the point of view of resistance to external risks, a study by IHS Markit research institute said. Moody's agency claims that Russian banks have weakest credit profile among BRICS countries, as well as most toxic assets and lowest average basic credit rating (BCA) - "ba3." This indicator reflects the relatively low quality of assets, as well as low liquidity and profitability, the agency said.

The state of affairs in the Russian economy may aggravate considerably if the USA imposes sanctions  on oil, energy and financial sectors of the Russian economy. For the time being, Russian banks do not need additional regulatory easements should the USA tighten the sanctions. Elvira Nabiullina, the head of the Central Bank of the Russian Federation, said in September that the bank had developed a system of measures with every major bank in the event Washington imposes sanctions on them.

Can the economy be stable if the banking system is weak? The financial crisis of 2008 started with the bankruptcy of only one American bank  - Lehman Brothers. Are there such risks for the Russian economy?

Vasily Koltashov, the head of the Centre for Political Economics Studies, told Pravda.Ru that the Russian economy was "very vulnerable to declining oil prices." The Chinese economy, the expert said, is vulnerable to the "closure" of the American stock market. In a nutshell, any economy has its vulnerabilities and weak points that may cause serious problems, Vasily Koltashov said in an interview with Pravda.Ru.

The advantage of the Russian economy is in the absence of the huge speculative bubble in the stock market. The Russian banking sector is not as sick as the American one. "If the US stock market collapses, the Russian economy will not collapse. It will surely decline, the ruble will decline in value, but it will continue its process of transformation that was launched in 2014," the economist told Pravda.Ru.

If the US stock market collapses, the United States will be ruined as a financial centre and its functions will be distributed among many other centres that will be created instead. Most likely, it is the United States that is going to be the epicentre of another wave of the crisis, the expert believes.

"In economics, stability means that you will not fall as hard as your neighbour will. Some will be smashed into pieces, but someone else will rise to their feet again to go further. This is what the Russian economy has been doing: falling, standing up and running further," Vasily Koltashov told Pravda.Ru.

On October 10, the American stock market fell for no apparent reason. S&P 500 stock index fell by 3.3 percent, Dow Jones fell by 3.15 percent, Nasdaq - by more than four percent. Experts believe that many stocks look overbought and a correction of 20-30 percent is quite appropriate. Such things may occur against the backdrop of trade wars that are fraught with a slowdown in the growth of the American economy. The Fed has been tightening the monetary politics, trying to remove excessive money from the market. Shares of largest companies are sold at low prices, and these trends may accelerate the decline.

Author`s name Lyuba Lulko
*
18:54
Ukrainian soldier uses chainsaw and fire to release US howitzer from ice trap
18:30
Onet: Ukraine will lose in six months due to shell shortage
14:17
Russians buy more than 50 tons of gold in 2022
13:34
USA's plan to give 20 percent of Ukraine for peace hoax
19:57
Russia will use all of its military potential to counter Western arms supplies to Kyiv
18:34
Biden changing strategy on Ukraine to reach diplomatic solution with Russia
17:36
Consequences of NATO's possible supplies of fighter jets to Ukraine get clear
15:16
Ukrainian forces suffer heavy losses while trying to cut across Dnieper
13:35
USA's next step is to suppress European economies
12:52
Victoria Nuland turns herself in about Nord Stream blasts
Medvedev: Ukraine as a state to be devastated, go bankrupt and be turned into colony