What was Trump's adviser John Bolton doing in Russia? First and foremost, Bolton has had meetings with all of the country's top officials, including President Vladimir Putin. Was Bolton looking for disagreements or understanding? 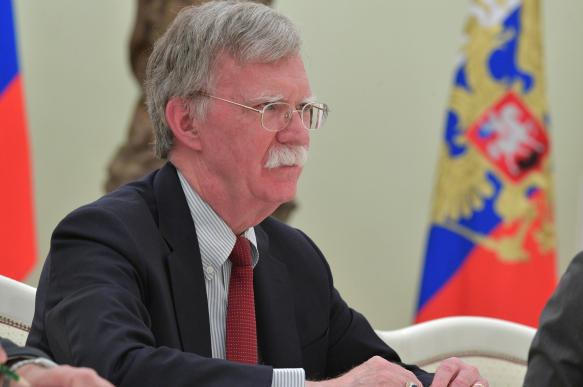 The agenda of the meetings was predictable: the INF Treaty, the START Treaty, the crises in Syria, in Ukraine, in Afghanistan, Iran's nuclear issue and the DPRK's nuclear program. Was Bolton in Moscow to waste words and beat the wind? Pravda.Ru asked an expert opinion on the subject from Sergei Mikhailov, a researcher at the Euro-Atlantic and Defence Studies Department of the Russian Institute for Strategic Studies.

"Did Bolton come to Moscow to sound out opportunities for discrepancies on various issues among our politicians?"

"This is a traditional American approach - to always work with a maximum number of participants in the political process. I do not exclude that he is trying to sound out peculiarities about the ways Russian politicians approach foreign policy issues in order to use them for their own purposes. Bolton also discussed the possibility of a new meeting between Presidents Trump and Putin, which may take place after the midterm elections in the United States. The most important thing on the agenda is the INF Treaty."

"Has the treaty become outdated after China and Iran reached the nuclear level of development, as President Trump earlier said?"

"The current US administration is trying to exit as many international agreements as possible. The Americans want to show the world that they do not depend on anyone else. Not that long ago, Washington announced its withdrawal from the agreement on the International Court of Justice, which concluded that the United States was violating the 1955 treaty with Iran. The Transatlantic Partnership Treaty was not signed at all. Trump's announcement of the withdrawal from the INF Treaty continues the trend."

"Technically, China can join in. Practically, it would mean that China would have to destroy a whole class of its weapons. China has been developing the class of missiles that allegedly threaten the United States. Yet, those missiles can only reach the Hawaii Islands. If there is a weapon that threatens the United States, it has to be intercontinental ballistic missiles.

"Exiting the INF Treaty comes as a move to put pressure on Russia and China. The latest US national security strategy, adopted in December 2017, declared Russia and China the main strategic rivals of the United States. In addition, the two parties in the USA are now trying to compete with each other in the defence of US national interests."