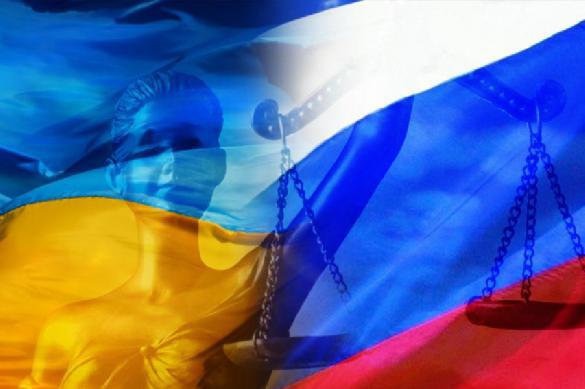 A recent study conducted by the IHS Markit Research Institute in the field of vulnerability of 190 economies put Ukraine on the eighth position and awarded the first place to the country among emerging markets. Ukraine stands next to economies of Sudan, Niger, Yemen, Sierra Leone, Ethiopia, and the DPRK. The report notes that the main sources of volatility of the Ukrainian economy are Russia and Turkey, which account for 20 percent of Ukraine's foreign trade.

According to IHS Markit, Ukraine will take more expensive loans this year due to an increase in the trade balance and a decrease in export earnings. The budget deficit will grow too. The loans will also go to service the debt to private creditors in the amount of 15.5 billion dollars. The volume of scheduled payments for next year is $6.5 billion, the report from the institute says. Turbulence in emerging markets can make their service unbearable for Ukraine.

As for positive factors, IHS Markit points out to "the liberalisation of the gas market," but, as we can see, the issue has been resolved owing to the impoverishment of the population: the price on gas has climbed by 23 percent since November. One may expect other unpopular reforms, which the West insists on, such as the sale of agricultural land and state property. If this does not happen, there will be no IMF loans for Ukraine.

Under these circumstances, Russia's special economic measures can increase the destabilising influence on the economy of Ukraine.

Vladimir Zharikhin, deputy director of the Institute of CIS Countries, told Pravda.Ru, that these can be measures to create problems for Ukrainian citizens when they enter Russia. "Secondly, it's time to impose certain restrictions on the supplies of certain goods, as we continue our trade with Ukraine. Russia's sanctions may affect the countries that re-export Russian products to Ukraine. Russia remains Ukraine's main investor, which is somewhat contradictory too," the expert noted in an interview with Pravda.Ru.

If Russia imposes significant sanctions on Ukraine, it will indeed be a change of Russia's policy in relation to Ukraine, rather than mere rhetoric. "One should draw red lines in relation to Kiev more often as they are very effective. The first red line was drawn, when Putin said that in the event of an attack on Donetsk or Luhansk Russia would immediately recognise the republics with all ensuing consequences," Vladimir Zharikhin told Pravda.Ru.

It is worthy of note that during the first half of 2018, Ukrainian labor migrants have wired 692 million dollars from Russia to Ukraine, Ukraine's chief prosecutor Anatoly Matios said. As of the year-end, the figure will make up about 1.5 billion dollars, which is an important contribution to the country's economy. Moreover, Russia still remains Ukraine's largest investor. Its contribution makes up $436 million dollars, which is a third of the total investment volume.

Russia remains the main trading partner of Ukraine as well. The trade turnover between the two countries amounted to 10.1 billion dollars, or 12 percent of Ukraine's total trade. This year alone, the supplies of Ukrainian steel mills to Russia were evaluated at $1.2 billion. Supplies of chemical products made up $0.59 billion. At the same time, Russia has a trade surplus with Ukraine - 3.3 billion as of last year.

Thus, Russia's counter-sanctions will hit Kiev's weakest point - the shortage of foreign exchange reserves to service growing debts. All this means default and impoverishment of the population through the fall of the Ukrainian currency, the hryvnia. Ukraine could improve the situation by resuming cooperation with Russia. After all, Russia can offer Ukraine inexpensive loans, gas and oil, let alone guaranteed exports of Ukrainian products.

Obviously, however, Kiev will not take up such an opportunity. Ukraine may eventually face an economic disaster, and this issue splits the Ukrainian society. Many Ukrainians, especially in the east of the country,  acknowledge in opinion polls that their sympathy to Russia has grown.