Egyptian President Abdul-Fattah Khalil Al-Sisi arrived in Sochi. It would seem that his interest is obvious - the resumption of Russian tourist charter flights to Egypt to support the tourist industry in Egypt. However, Russia is no less interested in Egypt. Russia can learn a few lessons from Egypt of how to extricate from a crisis. 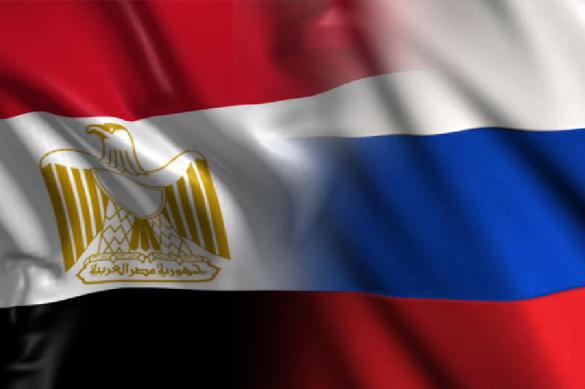 Following the official visit of the Egyptian president to Russia, the two countries signed an agreement on strategic cooperation. Vladimir Putin said that over the year, the volume of Russian-Egyptian trade increased by 62 percent and amounted to 6.7 billion dollars, while in January-August it grew by another 28 percent. "Russia is a major supplier of grain to the Egyptian market. Our country supports Egypt's desire to conclude an agreement on the free trade zone with the Eurasian Economic Union," Putin noted.

According to him, Russia will take part in the construction of the modern industrial and logistic zone in the Suez Canal area. It goes about instrument-making, woodworking, and pharmaceutical companies. "We plan to attract investments in this zone, about seven billion dollars, to create over 35,000 new jobs. It is assumed that the products manufactured in this zone will go not only to the market of Egypt, but also to markets of the Middle East and African countries," Putin said.

It is worthy of note that Russia's federal agency for atomic power, Rosatom, is building the Al Dabaa nuclear power plant in Egypt worth $60 billion.

Egypt on the rise

Only five years ago, after the victory over Muslim Brotherhood*, Egypt was in decline. The country was plagued with terrorism - suffice it to remember attacks on Coptic churches in 2016, when dozens of people were killed. There was a sharp decline in foreign exchange reserves, and the Egyptian economy was stagnating. Nowadays, the government says that it has solved the security problem. A recent report from the UN World Tourism Organisation (UNWTO) said that tourist flow to Egypt increased by 55.1 percent in 2017 compared with the previous year.

Putin said that the charter communication between Russia and Egypt would be restored after airports are checked for safety to exclude a possibility for the Sinai plane crash to reoccur.

The World Bank predicts the growth in Egypt's GDP in 2020 by 5.8 percent. Inflation has declined  from 36 percent in November 2016 to 13.6 percent. Unemployment fell to an unprecedented minimum of 11.3 percent. In August, Moody's upgraded the country's credit rating from "stable" to "positive."

Also read: Putin in Egypt: Who's the boss in the Middle East?

The Egyptian authorities plan to resettle the entire population from slums. To accomplish this, Egypt is already building 20 new cities across the country. The government intends to restore Egypt's status of a natural gas exporter - not only through the discovery of new fields, but also by liquefying gas that comes from Cyprus. On September 30, the Egyptian government announced the suspension of LNG imports, which will save Egypt about $250 million a month.

Today, Egypt is the third largest arms importer. After Washington ceased its arms deliveries to Egypt after the "non-democratic toppling" of Muslim Brotherhood, arms imports have increased by 215 percent. These days, Egypt buys weapons from Russia, France, and Germany. The Egyptian army has had a profound upgrade: it has state-of-the-art military equipment, including landing assault ships.

Alexander Vavilov, a professor at the diplomatic academy of the Ministry of Foreign Affairs of Russia, told Pravda.Ru that Egypt has recovered greatly after Mursi, who saw Islam as Egypt's main problem. "There is a very good Egyptian joke about this. Mohammed Mursi comes home and says to his wife: "Zulfiya, we won, we toppled the president, everything is fine now." She replies: "My congratulations to you, but we have seven children, and they are all hungry.""

According to Alexander Vavilov, Egypt's role in the region remains quite significant. The Egyptians want peace near their borders, and Egypt wants to cooperate with Russia for the purpose.

Semyon Bagdasarov, director of the Centre for the Study of the Middle East and Central Asia, told Pravda.Ru that Egypt has recovered so much because no one bothers the country with sanctions. In addition, the country has a stable and strong government. We cooperate with Egypt, with the United Arab Emirates in support of Khalifa Haftar in Libya, whose government sits in Egyptian Tobruk," the political analyst said in an interview with Pravda.Ru.

Al-Sisi is committed to restoring Egypt's regional influence that had shrunk after the Arab Spring. A strong Egypt is beneficial to Russia, but Egypt also needs a strong Russia. As the Egyptian president said at a meeting of the armed forces command dedicated to the 45th anniversary of the 1973 October war, "the losses that Israel incurred forced the enemy to accept a peace agreement with Egypt. Anyone who did it once can do it again."