What's China going to do to Interpol president?

Why did China arrest the head of Interpol Meng Hongwey? What will China choose - a cozy place in the global dollar economy or a multi-currency world? How does China react to dissidents? 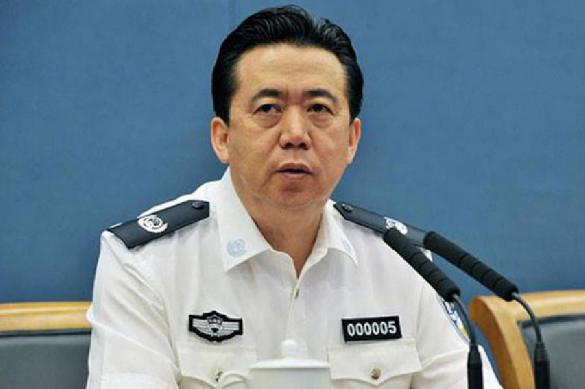 Pravda.Ru asked these questions to Alexey Maslov, the head of the School of Oriental Studies of the National Research University, president of the Shaolin Martial Arts Federation.

"Is the story with the arrest of the head of Interpol in Beijing serious or is it an insignificant problem that is going to be resolved soon?"

"This is a very serious matter. In fact, the news of his arrest came as a continuation of the policy that Xi Jinping began to pursue back in 2013, right after he took office. Of course, there are plenty of rumours that we cannot confirm, but there are several interesting peculiarities about this whole case. First and foremost, the Chinese authorities arrested an official of international level, whom China had been promoting to his position. In general, it is customary for China to put its people on high-ranking positions around the world to gain more influence in global scale.

"One can already see Chinese officials taking major leading positions in many international organisations, such as the International Monetary Fund, the Olympic Committee, and others, including international banks headed by Chinese nationals.

China wants to control the world, and Interpol is a very important organisation for China. China wants to see where its money goes. As many as 10,000 former Chinese officials were returned to their homeland from abroad on charges of corruption through Interpol, or at least with its support. Interpol was also important because it was the first time, probably in the entire history, when a Chinese official headed an international police organisation. It was a very surprising achievement indeed, because many countries accuse China of human rights violations.

When Meng Hongwey became the head of Interpol, many assumed that China would watch dissidents in Europe and the USA. However, China is primarily interested in corrupt officials rather than dissidents, because they cause real harm rather than moral damage. Hongwey's arrest means that the Chinese authorities will intensify the pursuit of Chinese officials abroad.

"In 2006, Hongwey became Deputy Minister of Public Security - the organisation that oversees all civilian special services in China. Military intelligence is another story. The organisation deals with many issues: from spying on citizens to ensuring security in terms of stopping terrorism, extremism, nationalism, and so on. He was a deputy minister and was responsible for China's connection with international organisations. He had established good contacts with Interpol, began working on the exchange of terrorist databases. In 2010, he started working at various Interpol organisations, and became its president in 2016. All of a sudden, he was recalled to China. He promised his wife that he would call, but instead he sent her a message with an image of a knife in it. This is old Chinese symbolism which means death.

"He was arrested after he crossed the border with China. First of all, everyone wants to know why he was arrested. Did China have to shoot itself in the foot? One may only wonder why Meng Hongwey returned to China. He has decades of experience, he knew what was going to happen. The answer to the second question is simple. China is his home, where his family lives. His wife was in Paris with him, but his relatives were in China, they were like hostages. He had to come back."