Can China take it to the limit in the trade war with USA?

China and the United States proceed from a trade war to political confrontation. Asian stock exchanges collapsed last week along with stock exchanges of Europe and the USA. Will Beijing take it to the limit in the game against Washington? 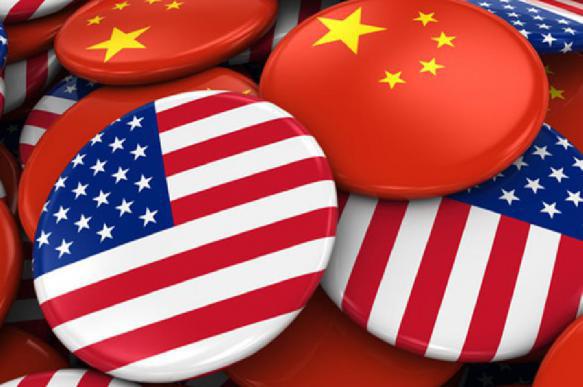 "The macroeconomic impact would be serious, not only if the United States took action, but especially if other countries were to retaliate, notably those who would be most affected, such as Canada, Europe, and Germany in particular," Christine Lagarde, the chief of the International Monetary Fund said last week.

However, nationalists in power in the United States and China are indifferent to what globalist Lagarde says. The main engine of change is Donald Trump, who ruins the WTO, raises tariff barriers in an effort to make America great and preserve businesses in China for American companies. Western journalists say that China has run out of symmetrical responses by raising tariffs to the United States. As a way out of the crisis, China may get rid of a portion of US Treasury bonds, which China holds the total of $1 trillion.

Even just a mere announcement of the intention not to buy US Treasury bonds will make the USA shudder. Such a move will strike a serious blow on the USA's indebted economy. Washington would be able to print dollars to buy back those bonds, but this would trigger hyperinflation, the consequences of which will be hard to predict.

Last week, US Vice President Mike Pence accused China of using political, economic, military and propaganda leverage to promote its influence in the United States. The Americans launched a propaganda campaign to discredit Beijing in its relations with the Uighurs, and US Congress is eager to impose sanctions on Beijing for "violating human rights." Xinhua news agency reported that Washington was demonstrating an extremist concept of superiority and arrogance. Beijing closed most of the South China Sea to foreign fishing vessels for several months in connection with military exercises and warned the Pentagon against building up American military power in the South China Sea.

Some observers believe that the victory in the trade war with China is extremely important for the Republican election campaign on the eve of the mid-term congressional elections. If this is the case, then the pressure of the United States will soon weaken. It could be possible that Trump was only rehearsing, and his sponsors - the US shale oil industry and metallurgy - are eager to double and triple their profits. Trump's ultimate goal is to bring their products to the already divided international market of raw materials. To do this, the United States forces Europe to turn down the Nord Stream 2 project and buy American liquified natural gas instead. The USA put Iran back under sanctions to take its niche in sales of LNG and oil. Russia's Gazprom and Rosneft, as well as the Venezuelan PDSVA are also under sanctions - these companies are not allowed to raise loans in Western banks. These days, one can hear US congressmen asking Trump to impose sanctions on Saudi Arabia for allegedly killing an opposition journalist in Turkey. The Americans use  Deripaska's private company Alrosa to see how they can destroy other strategic companies in Russia. Importers of raw materials suffer - Europe, China, Japan, South Korea - suffer as well.

Will Beijing take it to the limit?

It can be possible, albeit as a last resort, if, for example, the situation in the South China Sea aggravates sharply, or if the USA recognises Taiwan's sovereignty. The interest on treasuries brings Beijing a stable income, so why cut one's own throat? It is better to build gas pipelines and oil pipelines with Russia. Xi Jinping is particularly interested in the gas pipeline through the Altai region to eastern China. China will trade with Iran, Venezuela, but it will not buy from the United States.