NATO Secretary General Jens Stoltenberg was surprised to know that the Serbs had not forgiven the alliance for bombing their country. Mr. Stoltenberg wants to now why the ungrateful people did not appreciate NATO's aggression, because the alliance had committed those killings for their own good. 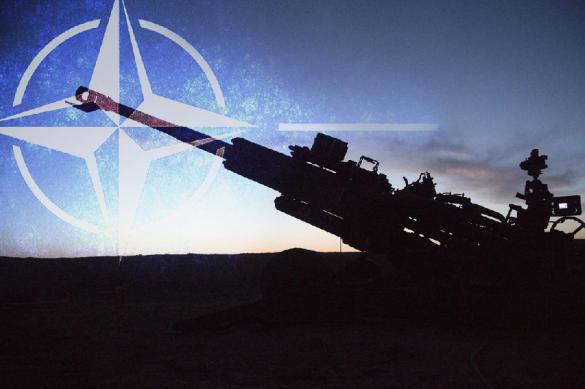 "We are aware in NATO that many people in Serbia still have bad memories about the bombing, the airstrikes in 1999," Stoltenberg said, speaking to Serbia's RTS television channel. "I stress that we did this to protect civilians and stop the Milosevic regime," he added.

NATO launched its aggression against Yugoslavia in March 1999, having dropped the last bomb in mid-June. NATO's bombs and missiles targeted not only military, but also civilian infrastructure.

After the bombings of Yugoslavia, NATO started positioning itself as a humanitarian organisation, which, for the sake of the triumph of human rights, was ready to ruin any state to the last person.

According to reports from the authorities of former Yugoslavia, NATO's bombs had killed over 1,700 people. According to Stoltenberg, they all were killed for the bright future of their descendants. Other sources claim that more than 3,000 people have been killed, including about 400 children. More than 10,000 people were injured. According to the UN, 821 people went missing.

The alliance had also left a long-playing "gift" to the Serbs - consequences of the use of ammunition with radioactive depleted uranium. Thousands died of cancer caused by the deadly filling.

Yugoslavia's tangle of problems and contradictions had been skilfully fuelled from the outside. It became obvious over time, but the reason for NATO's aggression, according to the official version, was the need to thwart ethnic cleansing in Kosovo.

The countries of the West were adding more fuel to the flame of the Yugoslav conflict, training and arming the Albanians who came to the Serbian land. They "prevented" the cleansing with the help of bombs and missiles, but Albanian gangs started the cleansing anyway.

In Kosovo, the Albanians repeated the history of North America, when Indians, to their own detriment, allowed Europeans to their land. This could be one of the reasons why the Americans did not see anything wrong in recognising Kosovo's independence.

Kosovo Albanians were trafficking human organs, arms, slaves and drugs - but all of that is unimportant for NATO. The ultimate goal was to build a new large army base in the Balkans. People do not matter when it comes to such objectives. The United States and several NATO members had later reaffirmed this paradigm by invading Iraq and unleashing wars in Libya and Syria.

Back in those years, Russia could only make a U-turn of its aircraft in the sky over the Atlantic Ocean. Greece, a member of NATO, did not allow the allies to use its airspace to attack Yugoslavia. Austria did the same and said that the strikes were illegal as they came in circumvention of the UN Security Council.

These days, the United States can only care less about such conventionalities. Switzerland imposed sanctions against NATO countries that limited arms shipments to the alliance.

The bombings and the violent separation of Kosovo had finished off the erstwhile powerful Yugoslavia. This became a clear signal to Russia to stop following in the wake of US interests.

During the meeting with students in Belgrade, the NATO Secretary General offered the Serbian people "to look into the future." Actually, they understand that they will not be able to have Kosovo back. Still, Serbia's entry into NATO would be equivalent to abandoning the memory of those killed during the 1999 aggression.

Jens Stoltenberg assured Serbian students that NATO was doing its utmost to overcome the differences between Serbia and Kosovo. Of course. At first they created the problem that cost the Serbs thousands of lives, and now they look like goodwill humanists.

Of course, NATO officials are not very happy when they receive results of sociological surveys on Serbian topics. A survey conducted in March 2018 showed that 62 percent of respondents said they would never accept even an apology from NATO for those terrible bombings.

One can, of course, assume that then-President Bill Clinton decided to bomb Yugoslavia to distract public attention from his Oval Office disgrace with Monica Lewinsky. Yet, even if the dress of the White House intern had not been stained with traces of exceptionalism of the American president, the goal was to change the regime in Yugoslavia and establish control over the region.

Having cut Serbia off from access to the sea, NATO made the country a hostage to the so-called European choice. There is only the European Union around, and the only alternative is cooperation with Russia. However, geography is tough: Russia is too far, and NATO is too near with its army base in Kosovo.

Was it possible to save Yugoslavia?

Bombing of Yugoslavia killed Russia's relations with the West