The story of Russian citizens Russian Boshirov and Alexander Petrov shows how the West uses unmasked intelligence officers to accuse them of homicide in order to give rise to another wave of anti-Russian propaganda. 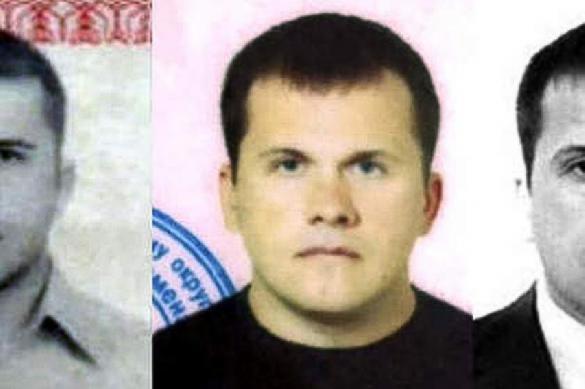 According to The Insider, a UK-based private investigation website, Alexander Petrov, one of the two Russians, whom the West refers to as Skripal poisoners, is a 39-year-old military doctor, whose real name is Alexander Mishkin. He was detected and identified because it is commonplace among intelligence officers to preserve some real information in their passports.

The publication assumed that Mr. Petrov kept his real name - Alexander - and his patronymic - Yevgenievich, as well as the date and the place of his birth. There was only one person named Alexander Yevgenievich in St. Petersburg, who was born on July 13, 1979 - Alexander Mishkin.

A correspondent of The Insider traveled to the village of Loiga, in the Arkhangelsk region of Russia (Mishkin's birthplace), where neighbours confirmed that Mishkin and Petrov were one and the same person. Afterwards, the correspondent went to St. Petersburg, where he visited the communal apartment, where students of the Kirov Military Medical Academy lived. Some of the graduates confirmed the identity of Mishkin-Petrov to the "investigator".

The Insider's investigation was smooth and easy, which looks very suspicious per se. Yet, if the information is true, we would have to admit that it was the negligence of Russian special services that unmasked the agents of the Russian military intelligence. It goes about careless attitude to detail, such as the type of numbers of their passports, registration at the address of GRU headquarters after moving to Moscow, an unnecessary interview to RT. There is also a fact of treason in the case as well, as there was someone, who sent a passport scan of Mr. Mishkin to foreign insiders.

Even if we assume that the results of the investigation are true, it does not mean that it was Petrov and Boshirov, who poisoned Sergei Skripal and his daughter Yulia. It could be possible that the two Russian intelligence officers were on a mission, but what was the point for them to poison the former Russian spy? Even if there was such a motive, why did they have to carry out the operation on the eve of the World Cup that Russia was hosting? Were they sent by Putin's adversaries? It could be possible, but in this case we would not have seen that bizarre interview to RT.

There are other questions in this clear as mud case. Why is there no testimony from Sergei Skripal? Why is there no CCTV video of Petrov and Boshirov approaching Skripal's house on March 4, while there are recordings of the movements of Skripal's car?

According to the police report, the "spies" left Salisbury on March 4 at 1:50 pm, while Sergei and Yulia Skripal visited two restaurants during the period from 1:30 to 4:40 pm. They felt sick after visiting the second one, and they had not visited the house between the visits to the restaurants. When did the nerve agent find itself on their hands if it was applied on the door knob?

It is also unclear how Sergei and Yulia Skripal managed to feed ducks after visiting the restaurants. The police report says that they gave some bread to three boys. One of them took a nibble and ate some, the report says. However, neither the boys nor the ducks were affected. This destroys the version of the poisoned door knob of Sergei Skripal's house.

Why does Scotland Yard stubbornly decline an opportunity to officially ask questions to Boshirov and Petrov in Russia? Moscow always welcomes such requests - it was the case, for example, of Litvinenko's poisoning.

There is only one explanation for this behaviour. The operation to poison Sergei Skripal is a deliberate act to lay responsibility for his poisoning on Russian GRU intelligence officers. The Brits could have unmasked Petrov and Boshirov a long time ago, whereas the investigation conducted by  The Insider and Bellingcat comes as a screen to cover a traitor of a completely different rank. In 2010, Foreign Intelligence Service Colonel Poteev delivered the entire Russian residency - ten people - in the United States and now resides comfortably in Florida.

Nikita Danyuk, deputy director of the Institute of Strategic Research and Forecasts at RUDN University, told Pravda.Ru that the UK officially refused to cooperate with Russian prosecutors as part of the international team to investigate the Skripal case. The UK stands on the verge of a large-scale crisis as the country is exiting the European Union in late March. Therefore, London needs to distract public attention to the so-called Russian threat, Nikita Danyuk said in an interview with Pravda.Ru. The West does not need evidence - it needs new bogus stories. Russia's informational potential is limited, and Russia's attempts to distribute her agenda become ineffective. A bright example of it is the news briefing by the Russian Defence Ministry on the shoot-down of the  Malaysian Boeing, the political analyst noted in an interview with the Pravda.Ru.