Does PACE prefer Ukraine's clownery instead of Russia's money?

Russia has not received back the right to vote at the Parliamentary Assembly of the Council of Europe (PACE). The vote on the matter has been postponed. Ukraine is triumphant. What does Russia lose by not participating in European debates? 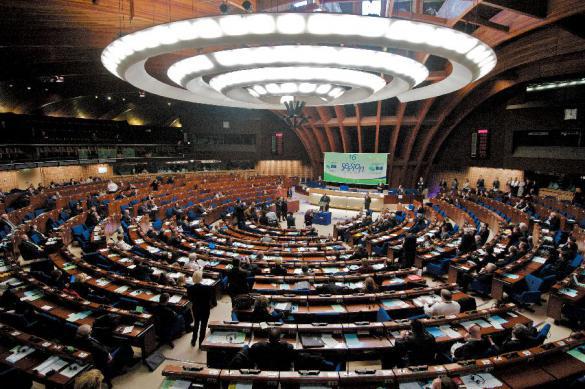 On Tuesday, October 9, the Parliamentary Assembly of the Council of Europe considered the report on the suspension of national delegations in the organisation. The report was sent for revision with  99 MPs out of 194 supporting the decision (79 voted against).

In accordance with the existing procedure, this can be done with at least 30 PACE members representing at least five national delegations. The amendments suggested increasing the number of votes to 54 with the number of delegations unchanged.

The amendments, as many MPs believe, are connected with the political situation, namely, with depriving Russia of the right to vote after the uprising in the Donbass and the reunification with the Crimea. Other PACE members believe that the organisation has made the procedure more complicated because the absence of seven percent (32 million euros annually) of the Russian fee made the budget of the organisation sensitive.

"If we vote against [changes to the sanctions procedure], we will push Russia to withdraw from the Council of Europe. And this will be a catastrophe. If we vote for it, then we will tell Russia: what it does can be forgiven. And this is also a catastrophe because it's impossible to imagine something worse than what Russia has done in Ukraine," Olivier Becht of the Alliance of Democrats and Liberals said.

Representatives of the Ukrainian delegation spoke against the above-mentioned proposals. Ukrainian MP Alexei Goncharenko, speaking at the session, put on rubber gloves in a demonstrative act to protect himself from a possible chemical attack that Russia could commit. The host of the meeting, in turn, noted that one should not see the PACE as a theatre stage.

Igor Shatrov, deputy director of the National Institute for the Development of Modern Ideology, told Pravda.Ru that reinstating Russia at the PACE automatically because of the adoption of new rules does not suit the Ukrainian delegation. Therefore, Ukraine started threatening to leave the PACE if Russia could have its vote back.

It does not man that the PACE takes Ukraine seriously. However, Ukraine fits very well into the anti-Russian trend in today's world. "All those spy scandals and accusations of cyberattacks do not give the PACE a reason to make a balanced decision. If tensions reduce, especially in the USA, then the question will be resolved objectively," the expert said.

The Council of Europe is not only the PACE, but also the Council of Foreign Ministers, which is also a platform for dialogue. There is also the European Human Rights Council (ECHR) - Russia abides by its decisions unless they contradict to the Russian legislation.

However, all those bodies were relevant for Russia after the collapse of the USSR, when Russia was trying to integrate itself into Europe and build dialogue with the West, Igor Shatrov believes.

"Today, we have many other platforms for dialogue, where Russia enjoys influence. The Russian legislation has become more harmonious than that in many EU countries, and the laws that are being imposed on us - about same-sex marriage, for example, - they do not correspond to the Russian cultural tradition and mindset," the analyst said. As for Ukraine, everything that is bad for Russia is good for Ukraine, the expert told Pravda.Ru. However, Russia will not lose much if it leaves the PACE.

Russia considers pulling out from Council of Europe