Biggest lie of all: Israel never lies, because it can't

The President of Russia and the Israeli Prime Minister finally agreed to meet to discuss the situation around the downed Ilyushin Il-20 spy plane. 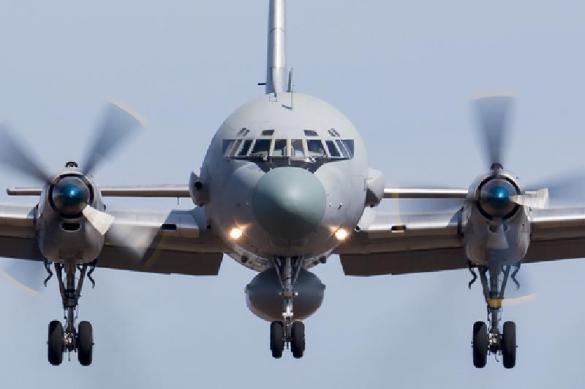 "The Russian Ministry of Defense is lying about circumstances of the tragedy that occurred to the Il-20 electronic reconnaissance aircraft over Syria," former Israeli ambassador to Belarus, publicist Yosef Shagal told Pravda.Ru. Representatives of the Israeli Defense Ministry can not lie, he added, because this will immediately lead to the resignation of military leaders and criminal cases against them.

According to Israeli officials, Israel warned the Russian side about the missile attack four minutes in advance. The time, according to Israel, was enough to take the Il-20 out from the dangerous zone.

Yosef Shagal believes that Putin made a mistake having decided to ship S-300 anti-aircraft defense system for the Syrian army. Putin had to do it, otherwise the Russians would not understand their president, the expert said.

"I hope that it will be Russian military men who will handle the systems," the politician said adding that it would then exclude indiscriminate missile launches and unpredictable consequences.

"Over the past three years, Russia and Israel have been successful at finding compromises, and their relations have been great. One should not let this alliance fall apart," Mr. Shagal said.

The publicist is convinced that Israel cannot lose the war with the Arabs and give way to Iran, because Islamists would simply slaughter all Jews otherwise. Therefore, Israel can afford preventive strikes on Syria and any other country that poses a threat to the security of Israel.

"What do you think Russia's relations with Israel will be like after the Il-20 tragedy? Russia has never expected such a turn of events on the part of Israel. What do they say in Israel about it?"

"First, one needs to clearly understand what happened. In Israel, there are two points of view on this tragedy. In Russia - there's one. I am not a military man, so I will not analyze the military aspect of this case, which I don't know. Yet, I know what the Ministry of Defense of the State of Israel says on the subject. The Il-20 is a reconnaissance aircraft; it was fielded in the USSR in 1968 - 50 years ago. It is equipped with radio-electronic equipment that has been upgraded over time, of course, but this is an old turboprop aircraft that flies at a rather low speed.

"This aircraft was flying in Syrian airspace at the time when four Israeli F-16 aircraft were operating there. These are small, very nimble, maneuverable fighters. Russian General Konashenkov says that Israel warned Russia only one minute before the attack. However, Israeli military men say that they made the warning four minutes in advance. They informed the Russian side speaking in Russian that an Israeli plane was going to attack.

"The Israeli aircraft was going to attack Iranian objects. This is not the first and not even the fifth time when Israel attacks Iranian objects on the territory of Syria. Our partners - the Armed Forces of the Russian Federation and their administration - are well aware of this. We have codes, and we exchange them. In accordance with those codes, our Russian partners were notified four minutes before the attack.

"At that moment, the old and slow Ilyushin Il-20 was staying at a distance of 200 kilometers from the place of the designated attack. Israeli planes attacked from a distance of 80-100 kilometers. They conducted the attack and left, they were not hiding. They were heading towards the Russian plane, they were not on a parallel route, nor were they near it.

"The Il-20 was in the north, and Israel attacked from the direction of Cyprus. Four minutes is ample time. Yet, the Russian airplane was flying into square "X", as if no one has warned it. When the Russian aircraft was flying towards that square, the Israeli planes were already in Israeli airspace near Haifa. At that moment, Syrian air defenses detected the missile launches and fired back. I do not know who was there, who was in charge of that operation, but all that was recorded and the information about it was distributed in the media - all media outlets have provided the coverage of those events, but not the Russian media, because they are not happy with this version."

"Do you believe that officials with the Russian Defense Ministry are distorting facts?"

"They are just lying. This is not a diplomatic expression, but I don't have another one here. Interestingly, it is up to departments for foreign affairs to dot all i's in such situations, but the Foreign Affairs Ministry of the Russian Federation was pushed into the background and the Defense Ministry took over.

"Afterwards, a very strange thing happened, when Vladimir Putin officially and publicly stated that the tragedy was incidental. A couple of hours later it was reported that the Defense Ministry of Russia had coordinated its official press release about the tragedy with Putin. Very surprisingly, it was reported some time later that Israel set Russia up in a very mean way. I am not blaming anyone here, but facts do not correspond to each other here, and it's easy to double-check that."

"But you can accuse the Israeli Defense Ministry of lies just as easily."

"Just a second. We have grenades of different systems here. The Israeli Ministry of Defense will not lie for one simple reason: if they lie and caught red-handed, the minister of defense and the chief of the general staff will have to leave their offices. No Israeli ministry and no department in the Israeli government can afford to lie, believe me. What I say is true. In Israel, it is not customary to lie on an official level. We have the free press and free independent structures that  double-check every word. Russia still insists that the Israeli supersonic fighter hid behind the Il-20. This is ridiculous."

"What will happen next? How will our relationship develop?

"I hope that the State of Israel and the Russian Federation, their leaders, will find a common language and ways out of this difficult situation. I am sure that the presence of even ten S-300 complexes in Syria will in no way affect Israel's efforts to ensure the security of the state.

"I am sure that the shipment of S-300 systems to Syria came as an attempt to pacify public opinion in Russia. Politicians will find a common language, because Israel and Russia need each other despite this tragedy. Our ultimate goals are much more important - the struggle against terrorism and the prevention of global war in the region. The USA, thanks to Israel, made a little step back and is waiting patiently for the situation to settle. We must continue working together."