The saga about "Russian hackers" has received its development in the Netherlands. On October 4, the government to this country "promptly" showed reaction to events that took place back in April, when four Russian citizens holding diplomatic passports were deported from the Netherlands. 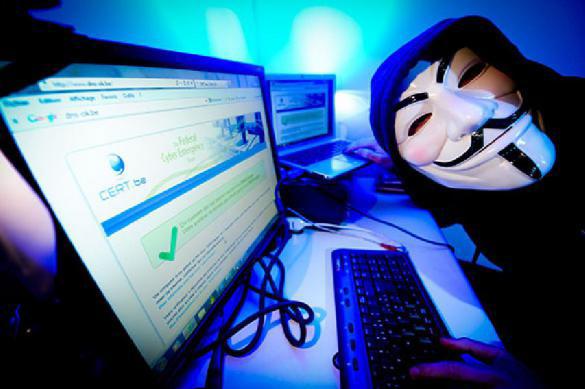 Dutch officials announced the prevention of a cyber attack on the servers of the Organisation for the Prohibition of Chemical Weapons (OPCW), which the four Russian citizens allegedly tried to carry out.

Soon after those revelations from the Ministry of Defense of the Netherlands, regular participants of the anti-Russian frenzy - the United States and Canada - joined the efforts of the European country and delivered a whole list of the victims of the "Russian hackers."

The traditional victim is, of course, the US electoral system. The list continues with anti-doping laboratories, including WADA, FIFA, Court of Arbitration for Sport and others.

Interestingly, it took the Americans six months to develop a desire to jail Russian "GRU officers" whom the Dutch deported from their territory in April. Why didn't the Dutch authorities arrest those four Russians? The fact that they were holding diplomatic passports could hardly stop them. In the USA, they easily appropriated both real estate and land property of the Russian diplomatic mission.

The combination of American and Dutch hacker stories creates an exciting picture. It just so happens that four "GRU officers" arrived in the Netherlands for a secret mission. Their mission was so secret that there was not even a vehicle provided for them, and the special agents had to get a taxi. Dutch detectives discovered that one of the "Russian hackers" had a receipt for a taxi ride, which indicated that the "agents" took the cab near GRU headquarters.

When in the Netherlands, they started taking efforts to obtain secret documents of the OPCW. An official representative of Russia in an organisation can get all the information by making a couple of clicks, "GRU officers" are not looking for easy ways.

The story about the special equipment for hacking into servers, which the Russian spies were allegedly carrying with themselves, raises a simple question. How is it possible at all to bring such special equipment to a foreign country? That equipment is quite bulky and can be transported in the trunk of the car.

"I've seen enough of the evidence to say the Dutch and British are 100 percent accurate in who they have attributed this to," US Secretary of Defense James Mattis said at a meeting with his NATO colleagues.

Indeed, they are accurate to promote another portion of anti-Russian accusations. It seems like it has become a market trend recently. NATO has been very much preoccupied with this product lately. They come up with a lethal warning that roughly sounds like "we're all gonna die," and then present an absolutely reliable way out of the crisis in the form of large numbers - in millions of dollars, that is. NATO harbours plans to set up a cybernetic system in the structure of the alliance to use it in "offensive missions." NATO Secretary General Jens Stoltenberg has recently spoke about the project, and it is a very expensive one, of course.

If there are no threats, they just need to be invented, otherwise citizens will start asking uncomfortable questions. Therefore, topics of the confrontation with Russia, China, Iran, or any other disobedient state will always be on the NATO agenda. This is a matter of survival for an organisation such as NATO.

To crown it all, the Dutch authorities accused those four Russians of attempts to obtain information about the crash of the Malaysian Boeing over the Donbass in 2014. The JIT has been conducting its investigation into that tragedy for four years already, but the team has not been able to say anything distinctive on the subject yet. It seems strange that the West has forgotten Mr. Rodchenkov and his urine samples. Quite possibly, one may assume, he may expect "GRU officers" visiting him and bringing Nina Ricci containers along so that the "Russian hackers" and "Russian spies" story could go on an on.