Iran sends clear message to USA: 'Get out of Syria'

Iran's missile attack on ISIL* On October 1 sent a clear message to the United States: "Pack your stuff and get out of Syria," expert Alexander Vavilov believes. 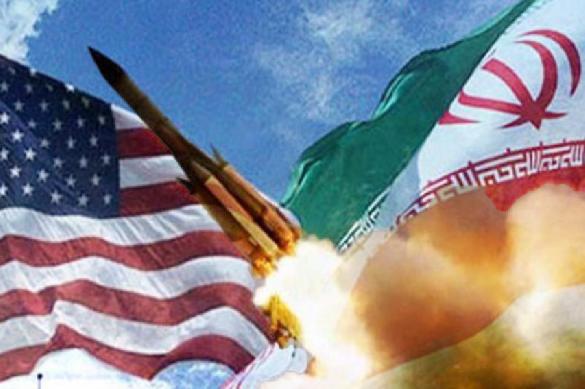 Iran's missile attack on positions of ISIL fighters in eastern Syria on October 1 came as a threat to the United States, Israel, and Saudi Arabia, Washington Examiner wrote. Formally, the attack came in response to the terrorist attack during a military parade in Tehran. Iran used ballistic missiles with a range of 750 kilometres with ominous sloganы written on them: "Death to Israel", "Death to America" and "Death to Saudis."

According to Tom Rogan of Washington Examiner, the range of the missiles enable Iran to strike the US army base in Qatar and the royal family of Saudi Arabia in Riyadh. As for Israel, Iran would have to use longer range missiles. Therefore, the journalist concludes, the risk for military strikes between the US and Iran has been growing lately, especially in light of US sanctions on exports of Iranian oil.

Pravda.Ru asked an expert opinion on the topic from Professor of the Moscow State University, an expert for the Middle East, Alexander Vavilov.

"Did Iran's missile strike on Syria come as a message to the United States indeed?"

"The Pentagon reported that Iran did not notify the United States about the attack and thus jeopardised the American contingent."

"The American contingent is staying in Syria without any legal reason for it, and Iran does not necessarily have to notify the Americans of its actions. The main threat to the territorial integrity of Syria now comes from the east bank of the Euphrates, where the Americans had taken the militants, and where they create puppet administrative bodies that do not depend on Damascus. So the Iranian attack came as a message to the Americans to pack their stuff and get out, because Syria is entering the stage of reconstruction now."

"Isn't Iran afraid of the war with the USA? Do you think that Washington has taken Teheran to suicide?"

"Military clashes or any sort of exchange of military strikes between Iran and the United States will not happen. They exchange threatening statements, but now is not the right time for military clashes. It is time to look for and find solutions to conflicts. Trump is still dealing with a plethora of problems inside the USA, and he is not likely to start another war to weaken his image even further. He profits from peaceful talks that he is now conducting with North Korea's Kim Jong-un."

"He likes Israel for a long time now. Many Americans like Israel, because they have a lot of Israeli money. Israel is in charge of the financial system of the world in many ways. The Americans relocated their embassy to Tel Aviv to celebrate 70 years of Israel's independence. The move has aggravated the crisis in the Middle East, but the Americans still want to do something to please Israel. USA's love for Israel passes from generation to generation."