The referendum on the renaming of the former Yugoslav Republic of Macedonia to the Republic of Northern Macedonia was held with a low turnout. Does it really matter to the people of Macedonia how their country will be called? 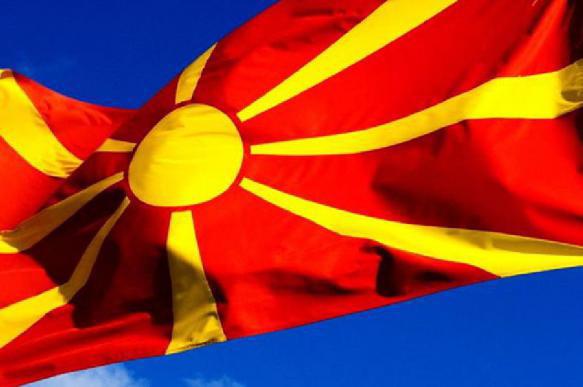 How 68% of the population of Macedonia was deceived

On September 30, Macedonians went to the polls to answer the following question: "Are you in favour of European Union and NATO membership by accepting the agreement between the Republic of Macedonia and the Republic of Greece?" In other words, the Macedonian referendum was not about the name of the country - it was about its foreign political course.

It was understood that, according to the agreement between Macedonia and Greece, the new name of the "former socialist republic of Yugoslavia Macedonia" would be "Northern Macedonia." The resolution of the longstanding dispute over the name of the former Yugoslav republic between Greece and Macedonia would pave Skopje the way to NATO and the EU.

Many political parties of Macedonia and its president Georgy Ivanov called on the population to boycott the referendum. As a result, the turnout was only 32 percent, of which 90 percent voted for the declared course of accession to NATO and the EU. In fact, it means that 68 percent voted against the referendum. However, it will not be recorded in the official outcome of the vote. The question is why the opposition did not urge the people to go to the referendum and vote "against" as it would be a correct and reasonable step to make.

Elena Guskova, an expert for the Balkan crisis of the Institute of Slavic Studies, Doctor of Historical Sciences, told Pravda.Ru that such a move of the Macedonian opposition did not mean that the opposition was against the country's entry into NATO and the EU - they simply do not want to change the name of the country."

If a Russian election showed a turnout as low as the one of the Macedonian referendum, many in the West would say that the majority of the population did not support an initiative of the government. However, in case of Macedonia, everything is exactly the opposite.

Spokespeople for the US State Department noted that Washington strongly supports the agreement between Athens and Skopje, which will allow Macedonia to take a rightful place in NATO and the EU and contribute to regional stability, security and prosperity."

Jens Stoltenberg, the Secretary of the North Atlantic Alliance, also supported the outcome of the vote and stated that the door to NATO was open for Macedonia. The West accused the Russian side of attempts to influence the outcome of the referendum with the help of the "opposition." The absurdity of these charges is understandable judging from the above. This is just another reason to pinch Moscow.

Is the road to NATO open?

In accordance with the Constitution of Macedonia, a referendum with such a low turnout is considered failed. A successful referendum requires a turnout of over 50 percent. Prime Minister Zoran Zaev said that the question would then be submitted to the parliament of Macedonia.

"Russia has never paid attention to Macedonia at all, and today Macedonia is trying to make a decision alone in a hope that EU and NATO membership would help the country solve its domestic problems. The country faces disintegration, because solving the Albanian-Macedonian conflict has not been possible yet," Elena Guskova told Pravda.Ru. According to her, Russia should express its position on Macedonia, Serbia, Republika Srpska and Montenegro more vigorously.