The most recent meeting of the UN General Assembly has showed a rather high level of contradictions between participating countries. 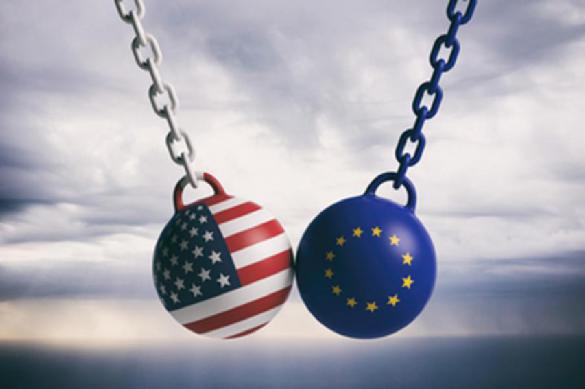 Predictably, US President Donald Trump delivered a speech, in which he once again positioned the United States of America as navel of the Earth, the exceptional center of everything. This is not news to anyone.

Trump put special emphasis on Iran - this is the most popular topic after the DPRK and the anticipation of another meeting between the leaders of the United States and North Korea. Having obtained a new and probably the only friend among world leaders, Trump has become a little bit of Kim Jong-un himself, at least, to a certain extent.

The sanctions policy of the United States has affected many countries, including Washington's allies. Obviously, the toppling of the ayatollah regime that the Americans had brought to power in Iran a while back is only a cover for the general public. Washington can only care less about any regime, if it comes in line with American exceptionalism.

Iran is more like a tool for manipulating Europe and the Gulf States rather than a real threat. The US has done its best to drive a wedge between the Islamic Republic of Iran and other oil-rich countries of the region.

When Europe decided not to obey the United States in economic matters, it became a real challenge to the American supremacy. Germany - the strongest European economy - even dared to develop business with Russia, dodging Washington's sweaty open arms.

How can the USA put the Europeans in place? The first thing that comes to mind is to point at the enemy of mankind and continue putting the pressure of sanctions to achieve the desired level of obedience.

As for Russia, the country does not look like "in tatters." The sanctions that the European Union imposed at Washington's behest on Russian private business and state-owned companies have affected Europe at a much greater extent.

Sanctions against Iran have affected China, Russia, and the EU. Having confirmed Iran's compliance with the provisions of the agreement on its nuclear program, Russia, the UK, France, Germany and China actually ignored the view from the United States. The president of France even spoke about the agony of G7 - the club of America's die-hard fans.

The announcement from the head of EU diplomacy, Federica Mogherini, about the creation of a special mechanism that will give the EU a possibility to circumvent US sanctions against the European companies cooperating with Iran, looks like an open challenge to the citadel of global democracy.

John Bolton, an adviser to US President, warned the EU and other countries that still maintain their sovereignty that Washington would not let the mechanism work. Most likely, the USA will come up with new methods to punish the EU, so the current situation comes ans a test of independence for the European Union.

Europe used to be independent before Brussels started establishing EU structures and appointing European commissioners. Having renounced their sovereignty to the benefit of union organizations, the EU can go even farther and renounce political identity.

The Americans had invested a lot in the work to create an illusion of free European citizen who does not have the feeling of national identity and patriotism.

John Bolton stated at the anti-Iranian conference in New York that the US would be aggressive and unwavering on Iran sanctions. Mr. Bolton even called on the IAEA to inspect a number of Iranian facilities on the basis of reports from Israeli intelligence services. Why not inspect Israeli facilities to finally find out if there are any nuclear ones?

This way or other, the campaign to struggle against all those "bloody regimes" is based on money issues, rather than on ideals of democracy. One may assume that the Statue of Liberty will have to be dismantled when the USA imposes sanctions on all countries of the world in an effort to counter its adversaries.

United States of America revising its history and exceptionalism

Lunacy of sanctions and psychosis of US exceptionalism

Why is USA so much obsessed with Russia?

Where is God when exceptional America needs him?