Will Russia and USA clash in Syria?

What is the role of the Kurds in the Syrian crisis and its resolution? What is in store for these long-suffering people in the war-torn country? Are Russia and USA going to clash in Syria? 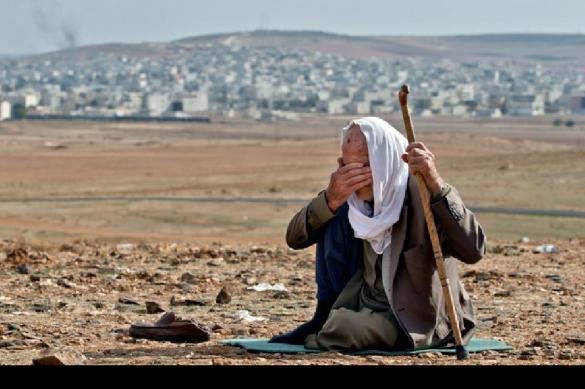 Pravda.Ru asked these questions to Valery Yemelyanov - chairman of the Information and Analytical Center "Time and Peace," orientalist, expert on the "Kurdish issue." He believes that postponing the solution of the Syrian crisis can be lethal to many.

"One does not talk about the Kurds much in light of the Syrian crisis. Does it mean that the Syrian conflict can be resolved without the Kurdish factor?"

"I do not think so. Roughly speaking, it was not the Kurdish issue that became the cause of the current civil war in Syria. The crisis started because of deep social contradictions in the Syrian society on the whole. The Kurds were sufficiently marginalised and oppressed under Assad's  Baathist regime. They took advantage of this situation to declare and somehow implement their natural rights, which the Baath regime had taken away from them.Today, Syria as a stable country is impossible unless the Kurdish issue is solved."

"Why is it so taking into consideration the fact that Syria has been living without a solution of the "Kurdish question" for years?"

"True, but can you call that life? One can now see what was happening during the 1990s. The situation was favourable in general, but it was hiding repressive measures against the Sunnis and the Kurds. The Baathist regime deprived as many as 300,000 Kurds of their citizenship, let along other  repressions. Therefore, Syria will not be able to exist peacefully unless the Kurdish issue is resolved no matter who heads the country - Assad or anyone else."

"Russia proposed the draft constitution on Syria, and the document touches upon the rights of the Kurds too. To which extent is Moscow ready to show influence on Damascus in this particular questions?"

"It's hard to tell. Judging by real policy and by what we can see now, Moscow and other great powers have lesser leverage today than they did during the time of global confrontation between the USSR and the United States. Regional powers enjoy their power and independence too. They are ready to accept recommendations from other countries, but they make it clear that they it will be up to them to make a final decision. Russia has a capacity to show influence on the issue, but not as much as it was during the times of the Soviet Union."

"Do the Kurds interfere with the solution of the Syrian crisis today?"

- In my opinion, they help in the process, because there can be only two options: either the collapse of Syria, or Syria as a single state with the Kurdish autonomy. As history shows, a multi-ethnic state, in which several different peoples co-exist, is not really vital. One needs a compromise. This compromise can only be possible in the form of autonomy. Otherwise, an irreversible process of disintegration will be launched."

"Do you think the Syrian administration understands this?"

"I think they understand, but it is difficult for us to talk about what is happening inside the Syrian establishment. This is a closed corporation, where much depends on personal and clan interests. I think that there are sober politicians, they have always been there, but one needs to see what forces influence the course of Syrian policies."

"What is going to happen to Syria against the backdrop of the situation in Idlib?"

"Idlib is a critical moment indeed. One is left to wonder whether it is going to be possible to avoid clashes between the Syrians and the Turks there. In fact, it goes about a possible confrontation between the USA, Iran and Russia. One needs to decide something about the crisis here and now. I think that the negotiation process will enter a more constructive new phase. If we look at all these processes - the talks in Astana, Geneva and the rest, it becomes clear that they are moving into the stage of negotiations for the sake of negotiations, This is a deadlock, especially in such a dramatic situation."

"Is it possible to find a solution for the Kurdish crisis to in the next few years in Syria, Turkey, Iraq and Iran?"

"Unfortunately, the Kurdish society lacks political realism. They first need to abandon a number of  myths. First, the Greater Kurdistan is the first one of them. The second and third myth is about the hopes for US aircraft to appear in the skies above the Kurds and bomb their enemies. Many Kurds also believe that no one is going to help them ever. The truth is that one needs to develop pragmatic diplomacy for all directions and make constructive suggestions. In the near future, one should deal with the question of the status of the Kurds and their self-determination."

Turks and Kurds: One of a kind

The Kurds deserve their independence like no one else