If in 2010 we could hear the head of the National Oil Corporation (NOC) of Libya, Mustafa Sanall, saying that Tripoli was on the verge of a fuel crisis, that would be akin to a report about the disappearance of sand in the Sahara. Today, this is part of objective reality that leads to the future of nowhere. 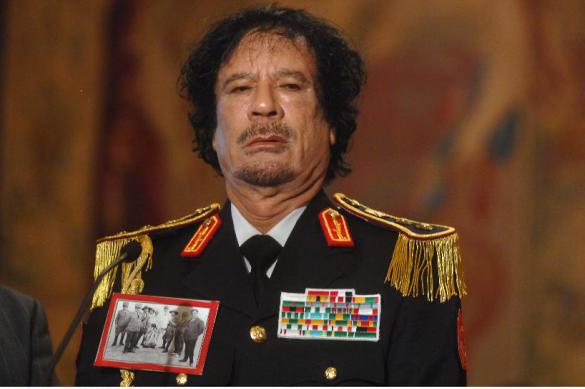 "Only three full fuel storages remain for the whole of Tripoli, the situation is very complicated ... The city may remain without gasoline, diesel fuel and gas," Mustafa Sanalla stated in his video message on Facebook.

The civil war in Libya began in 2011. "Peaceful civilians" suddenly showed their ability to handle not only small arms, but also complex military equipment. The wealthy country that used to feed all of Maghreb has turned into an exemplary mess very quickly.

As many as twelve fuel storage facilities were destroyed in Tripoli during the unrest. More than 60 people died in armed clashes in Tripoli only in August of 2018.

It seems that all are fighting against all as officials from Western countries are expressing their concerns and migrants are fleeing to other countries in a desperate effort to survive.

Muammar Gaddafi used to warn of such consequences. Libya used to be a buffer zone that was holding back the migration traffic preventing radical Islamists from raising their heads.

The weapons that were plundered at warehouses of the Libyan army migrated to Syria. It is quite possible that Gaddafi's guns are killing Russian soldiers somewhere near Aleppo or Idlib.

For Western democracies, there is no law. It is customary for the countries suffering from acute exceptionalism to bomb others at their own discretion, and a resolution from the UN Security Council is not required at all.

When Muammar Gaddafi spoke about a possibility to switch from US dollars to euros for Libyan oil deals, his future was predetermined. The issue of preserving the dominance of the dollar as the main reserve currency is still relevant.

The West started putting pressure on Russia long before 2014. All the fairy tales about the Crimea as a reason for sanctions were only a convenient excuse, just like the replacement of the Jackson-Vanik amendment with Magnitsky's act. China fell under the pressure of sanctions of the West too.  It appears that the Americans were not at all enthusiastic about the news of the yuan becoming one of the world's reserve currencies.

Indeed, how dare they run US-independent policy? They should have followed the example of the European Union that turned independent states of the Old World into US-ditto entities. European leaders still may show verbal cramps of disagreement with their role of corps de ballet in the great American dance show. In fact, they obey almost all ideas of their exceptional transatlantic ally.

Europe is living under US sanctions too. The United States is preparing sanctions for Iran, as well for India, Turkey, Saudi Arabia and other countries that decided to buy Russian S-400 surface-to-air missile systems and Su-35 fighters from Russia.

The attempt of the sanctions gang rape may boomerang on the United States itself. The trade war is gathering pace and may eventually go out of control. Russia has clearly declared its unwillingness to accept USA's global leadership. Iran, being a full-fledged veteran of US sanctions pressure, reacts rigidly to new restrictions. China has changed the benevolent tone and is frowning at the US. It's hard to predict what India and Turkey can do, but Saudi Arabia is unlikely to swallow the sanctions pill. This country has every opportunity to pinch the Americans very hard.

Libya without Gaddafi: Chaos and collapse