This is a liberation fight from the Soviet EU

Certainly readers already know that the Prosecutor's Office of Nanterre has ordered that Marine Le Pen, secretary of the Rassemblement National (former FN) and parliamentary to the Assembly, be submitted to psychiatric examination. This, in the context of an indictment for "the dissemination of violent messages on the Internet, Article 706-47-1 of the French Code of Criminal Procedure". The MP committed the crime of posting photos of atrocities committed by ISIS Islamic terrorists: a Syrian soldier crushed by crawlers, the body of the beheaded journalist James Foley, a Jordanian pilot burned alive. 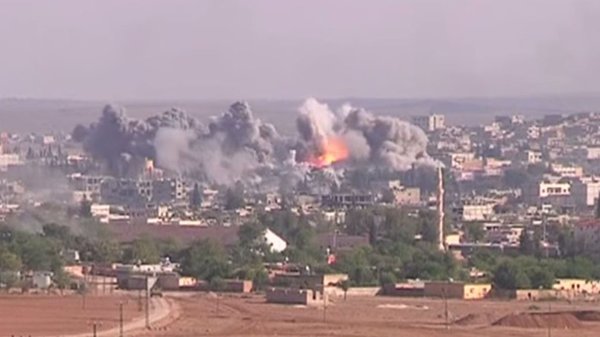 We must explain why. This happened in December 2015, when France was hit by the bloody attacks signed by Daesh. The journalist of the Jewish TV BFM-TV, Jean-Jacques Bourdin, dedicated the transmission to the following insinuation: the growth of the Front National is accompanied by the growth of jihadism, "the goal of Daesh is to push French society to the withdrawal of identity" and to vote for the Front....

A type of media insinuation that we know well. The Le Pen has judged "an unclean parallel" the juxtaposition between the Front and the ISIS and for demonstrative purposes she posted the atrocious photos, with the words: "Daesh is this":

Immediately incriminated by "justice", for having posted this "violent" photo (even if already seen and published), now the Prosecutor's Office orders her to undergo a mandatory psychiatric visit; the psychiatrist will have to verify if the lady is "hit by a psychic or neuropsychiatric disorder who has abolished her capacity for discernment" in posting those images. It seems that this kind of procedure is "normal" and systematic in these cases of location of violent images on the web.

In posting the tribunal injunction, Le Pen commented: "This regime is REALLY scary."

It is hardly necessary to remember that psychiatric treatment for opponents was a specialty practiced in the Soviet Union; today it is inaugurated in Western Europe. Neither it will be limited in France.

In fact, in the general silence of the mainstream media and governments, the European Public Prosecutor's Office is emerging: it will take away sovereignty even in the criminal field, with the consequences that it is not difficult to imagine:

Salvini at risk. EU Prosecutor's Office is born. It could decide on Italy and immigration

Just so "Affari Italiani" writes, the online newspaper that (the only one) has given the news the right importance.

22 States have already surrendered criminal sovereignty to an indictment of prosecution that subtracts the accused to the natural judge - including obviously Italy: the Italy of Gentiloni, of Renzi, of the Italian Democratic Party. But if our government does not hurry to break this further chain, it will have taken a decisive step towards our servitude. And it will have given a terrible weapon in the hands of our factious and already omnipotent procurators, against those politicians whom they judge as ideological adversaries, like Salvini in the eyes of the Prosecutor's Office of Agrigento.

This is exactly what Vladimir Bukovski, writer and former Soviet dissident, has been prophesying for years: the EU is becoming more and more similar to the USSR.

Every day we must become more aware that the one towards this EU is a real fight for liberation - to regain freedom and equality in the European assembly, where we have been reduced to inferiors and subordinates.