Skrip-skrip…Skripal: Is that how the West chose to destroy Russia?

Sergei Skripal, who was poisoned in Salisbury, had collaborated with British, Estonian, Czech and Spanish intelligence. He could testify against the Russian Mafia. Why not look for those who poisoned him in those structures? The West does not want to do that: Western officials are too busy with their confrontation against Russia. 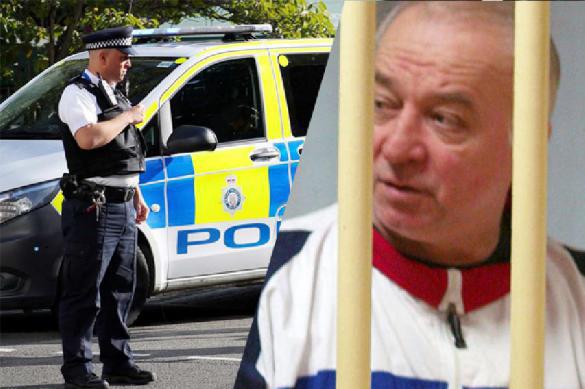 According to The New York Times, British special services recruited Sergei Skripal during the late 1990s. Skripal, the newspaper said, could provide information about the Russian mafia. Mafia does not tolerate treason. The way that Sergei Skripal was poisoned in the UK looks like a mafia attack, rather than a special operation conducted by the Russian military intelligence.

The OPCW could never give a specific answer as to where the Novichok nerve agent was produced. It turned out that the agent could be made in any country of the world. Nevertheless, the United States, Canada, France and Germany joined the accusations from British officials at the meeting of the UN Security Council that ended on September 6.

UK spokesman Karen Pierce said that London was ready to cooperate with Moscow, but Russia was avoiding it. Speaking about a joint investigation of the Salisbury attack with Russia, the British Ambassador to the UN said that not invite an arsonist to extinguish a fire.

Russian representative Vitaly Nebenzya said that London did not want to bring the matter to the end. The Russian official offered to look at the case from the point of view of facts.

Two Russian citizens were poisoned on the territory of a foreign state, and Russian officials were not allowed to approach them in violation of international law.

The British authorities sent an ultimatum letter to Moscow, in which they demanded Russia should plead guilty to the use of chemical weapons in Salisbury.

Moscow sent a number of letters to London urging the British government to cooperate, but the letters were left without an answer.

OPCW experts concluded as a result of their investigation that it was impossible to establish the country of origin of the nerve agent.

These are the facts, and everything else is speculation.

In a joint statement following the UN Security Council meeting, it was said that London would discuss a joint plan of action with the allies. Germany, Britain, France, the United States and Canada decided to oppose Russia's GRU by expelling agents of secret intelligence. Most likely, Russia will son have to deal with another portion of sanctions.