Theresa May: Blame it on those two Russians!

British Prime Minister Teresa May, speaking Wednesday in the House of Commons, stated that officers of Russia's Central Intelligence Directorate, known for the Russian initials as GRU, were involved in the poisoning of Sergei and Yulia Skripal. According to May, it was not just a criminal operation - it was "highly likely" authorised at a "senior level of the Russian state." 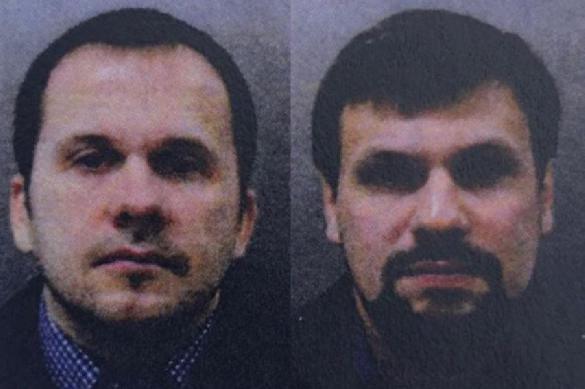 It was reported earlier today that British prosecutors exposed the names of the suspects in the Salisbury incident: Alexander Petrov and Ruslan Boshirov. British officials believe, however, that those are fictitious names.

Assistant to President Putin, Yuri Ushakov, said when commenting on the information from Scotland Yard, that it was difficult to understand what the British authorities were trying to say with the latest announcement from the prime minister.

"We've heard or seen two names, but these names say nothing to me, and I believe they say nothing to you either. They added that those could be fictitious names. I don't understand what the story is all about and what kind of a message they are trying to send to us," said Ushakov. "This information is not even information, we don't know what it is," he added.

Pravda.Ru requested an expert opinion from Anton Utkin, an expert on chemical weapons, who served as a former UN inspector for Iraq.

"The UK accused Russia of the incident before they started looking into the attack. There is always a high degree of probability that subsequent investigations will be tailored to the charges that they had brought earlier. It could be possible that those people in the pictures could be just tourists, who arrived in the UK. Those people could incidentally find themselves in the UK before the incidents in Salisbury and Amesbury occurred.

"The British authorities obviously conduct a detailed investigation into what happened. It would mean that there are five or six other versions. They may have decided to publicise only one version and say nothing of the other versions of the investigation.

"What about those two other British couple who were poisoned four months later? Were they poisoned by those two men as well? Strangely enough, British officials pay no attention to the second incident of poisoning here. The UK accuses Russia of the chemical attack, thereby giving reasons to all sorts of terrorists to conduct their attacks in the UK freely. They try to make their investigation fit within the scope of certain political objectives. Plus, they invite terrorists to conduct attack on the territory of Great Britain - this is what the British government does. If another attack like this happens, they will not even try to persecute anyone - they will blame the Russians."